Ideas and innovations that pay off 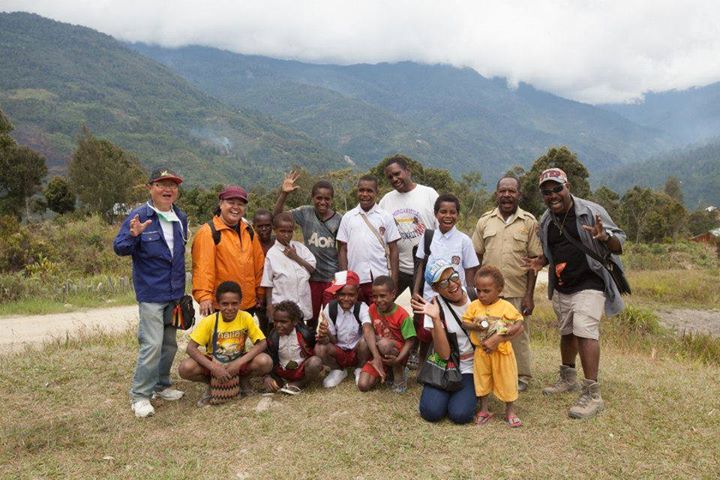 “Ask not what your country can do for you, but what you can do for it.” This patriotic phrase uttered by former US President the late John F. Kennedy in the early 1960s is so famous and widely quoted today.

In fact, Indonesia also has a saying “united we stand, divorced we fall.” This saying does not recognize the dichotomy of “us” and “you” or “the state” and “the people” but WE as one. This advice is no less powerful if we want to articulate it in the current context, a time when our world is experiencing a downturn.

The economic difficulties that have hit the world have also affected Indonesia. Jakarta as a barometer of the success of national development has also suffered. It is precisely at times like this that the invitation to unite must be taken seriously.

There should no longer be a perception of “this is our job, that’s your job” or “the government should do this and the community should process that.” We should all see the opportunity to participate. We must unite in the same boat. We must keep our eyes on the goal. We must save the ship from the big waves and the rage of the storm.

This call to unite to face the current situation is not only relevant in difficult times, but is always relevant in all times: sweet and difficult.

In normal times (without economic problems) eastern Indonesia has suffered. The gap between rich and poor, represented by the national Gini Coefficient Index, is around 0.43, which some economists say is a yellow light.

The Gini Coefficient Index in the regions can reach 0.60 or even 0.70! This means that there are only a handful of “rich people”. The rest are poor. Imagine how poor those in remote areas are compared to the rich in Jakarta!

When things are going well, we forget where exported goods such as coal, iron ore, natural gas, timber, rattan, gold, fish and many more come from. The profits and added value are enjoyed by the management companies while the people of the commodity-producing regions continue to suffer.

When we realize that we cannot allow this inequality, we begin to discourse. We discuss in well-publicized seminars about what is wrong, who is at fault, what should be done, and so on without any concrete action.

The follow-up of scientifically presented and interesting studies become notes on paper that are published without producing anything tangible for those in need.

When there is news in the mass media about the failure of a project, the “sinner” is revealed and arrested. Then what is the follow-up to the project that can ensure the welfare of the community? The problem stops here. Period. Case closed.

What is more important is how we solve the nation’s problems. We should be able to learn from the experiences of countries that have successfully overcome problems similar to our current situation.

About 60 years ago, when medical personnel were scarce and infrastructure was poor, China implemented a policy known as Bare Foot Doctors.

They trained and educated local people who had received a certain level of formal education, were interested in serving in the medical field, and were willing to work in their home areas. These volunteers are trained to treat specific diseases and are periodically upgraded until they can one day become local doctors.

This pragmatic education tailored to the needs of the time managed to overcome the shortage of health workers, the vastness of the region, sparse population distribution, inadequate infrastructure, and so on. Within a few decades, China became the world’s second-largest economic power.

For them, Deng Xiao Ping’s saying “it doesn’t matter if it’s a white cat or a black cat, what matters is that the cat can catch the mouse.” This pragmatic statement justifies the means to an end.

We agree that regulation is important, but innovation should not be stifled. As long as the goal is to help and for the benefit of many people, based on proven experience and skills, it should not be hampered by regulations made “for ideal conditions”.

Paul Pollack, an American who in his country is nicknamed the Half Mad Man, wrote a book entitled Out of Poverty. He wrote that if poor farmers in the Anden Mountains in Latin America cannot afford a tractor to cultivate their fields, there is nothing wrong with using a donkey even though its capacity is much lower. Bottom line: I N O V A S I.

Imagine. In remote areas, we often see local people building bridges from wood or bamboo. If only the regulation is in the name of bridge user safety (agreed!), then bridges should be designed and built by engineers with certain qualification standards.

The problem is, when will bridges exist? When will there be engineers who will go there to design? What is the price calculation? Who will fund it? And so on.

These are the concrete problems we face.

Far away, on the outskirts of Indonesia, thousands of patients in need of treatment, surgery, help with childbirth, malnutrition and so on are waiting. They need immediate help because illness cannot wait. They need hospitals, health workers, transportation facilities and infrastructure, electricity, adequate communication systems, and so on.

If we had to wait for everything to be available, how much would it cost? How long would we have to wait?

We made a breakthrough to answer the problems we face, the Floating Hospital. Although this ship is very small (23.5 X 6.5 meters), it has the same facilities as a hospital on land with surgical rooms, laboratories, ECG, ultrasound, and patient rooms.

This innovation has successfully served thousands of patients across the archipelago. We trained midwives and traditional birth attendants (mama biang in the local language of Kei, Southeast Maluku) and equipped them with partus kits according to WHO standards. We also established a Therapeutic Feeding Center (Panti Rawat Gizi) for malnourished children.

To reach our brothers and sisters living in the interior of Papua, we fly with pioneer aircraft (Flying Doctors) and then continue the journey by motorcycle taxi.

If necessary, we continue the journey on foot through the forest up the mountain with a backpack on our back. This is our innovation in achieving our common goal of sharing prosperity with those in need.

We at doctorSHARE have already lit a candle. Hopefully, more candles will be lit for the realization of a socially just Indonesian society. (***)