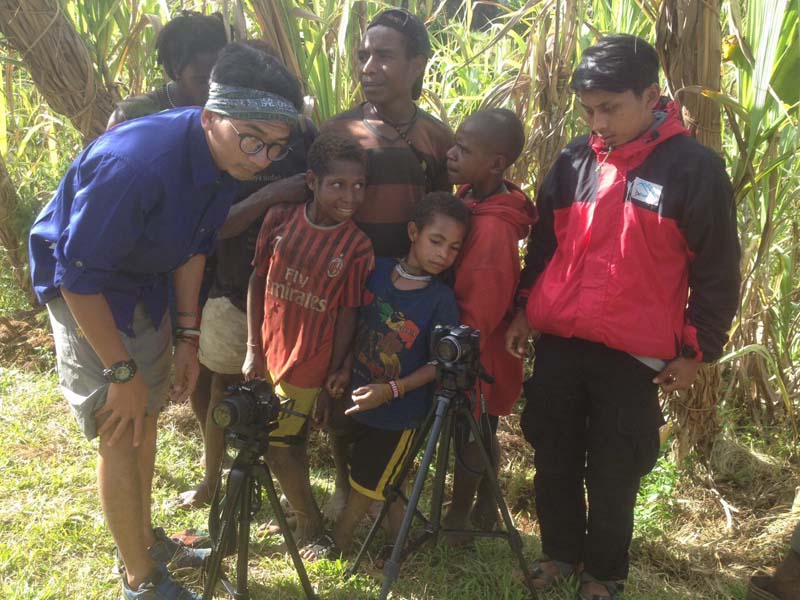 The first time I got the news as one of doctorSHARE’s media volunteers to cover doctorSHARE’s Flying Doctors medical service, it immediately spurred my adrenaline to rush to prepare documentation equipment without asking the exact location.

The doctorSHARE Flying Doctors team conducted medical services in Ugimba District, Intan Jaya Regency – Papua, which is not an easy path because Ugimba is the last district to one of the highest mountains in the world, Mount Carstensz. However, not a single word of giving up crossed their mind.

The team will make history by becoming the first doctors to provide medical services in Ugimba. As media volunteers, we are proud to be eyewitnesses to this history.

This is what sets doctorSHARE media apart from others. We are given the task of reporting and reporting honestly without having to heed stories by lying. We are also given freedom of perspective in our stories.

We started the coverage from the preparation and during the journey from Sugapa (the capital of Intan Jaya Regency) to Ugimba which took more than 13 hours. We traveled on foot. As media, we had to carry our reporting equipment and it was our obligation to capture precious moments.

The 13-hour journey was not easy at all. Apart from the long walk, we also had to face steep paths, even climbing and using tree roots as handles and footholds. The path to Ugimba passes through tropical rainforest, so it’s definitely muddy. The muddy path made the journey even more difficult, sinking the team to their feet.

In the middle of the road, precisely at Sungai Besar, we were treated to rain so we ended up only using the Action Cam which is intended to take pictures in open spaces with extreme conditions.

After passing through the climbing path, we also passed through the path by relying only on one slippery tree trunk, along the river, down the rocks, struggling to overcome the mud, until finally arriving at Ugimba. But we hadn’t even reached the location where we were to provide medical services. We arrived too late and too tired, so we had to stay at a local honai. We immediately fell asleep with our clothes still wet.

But it wasn’t long before a villager stopped the medical service for an unclear reason. As a media team, this was a rare moment. We continued to film and follow his every move, all the while keeping an eye on our own safety and that of our cameras for fear that he might do something that could damage our equipment.

Before long, the problem was solved and medical services resumed. The doctor, accompanied by local residents, treated the patients safely and calmly. Finally, the whole team was able to complete their task smoothly and make history as the first team of doctors to treat the Ugimba community.

With limited coverage tools and language barriers, we were able to carry out our duties as a media team. We covered all the medical services and local culture. This task is not trivial, especially if it is only considered as an opportunity to “travel”. We photographed a serious issue that is often ignored by the national media: the rights of the people of the central mountains of Papua who are neglected and must continue to suffer from this neglect, who knows how long.

This is not about the struggle of traveling more than 13 hours on a muddy and slippery path. It is our passion to depict the conditions of people in very isolated areas whose right to life as human beings is neglected and to inform the public. Every snapshot and stroke of our notes is valuable evidence of this ironic fact.

Behind this ironic fact, medical services by doctorSHARE’s Flying Doctors team became an oasis for Ugimba residents. Their expressions can be seen in the photos and videos we are working on. Due to various limitations, the team may not be able to cure a number of patients, but their presence alone gives hope that there are still those who care about them.

Through what we do, we certainly hope that the eyes of the government will be opened and the Indonesian people (including our colleagues) will be more sensitive to the existence and condition of our brothers and sisters who are most in need in remote areas. They also have the right to enjoy life, just like us.