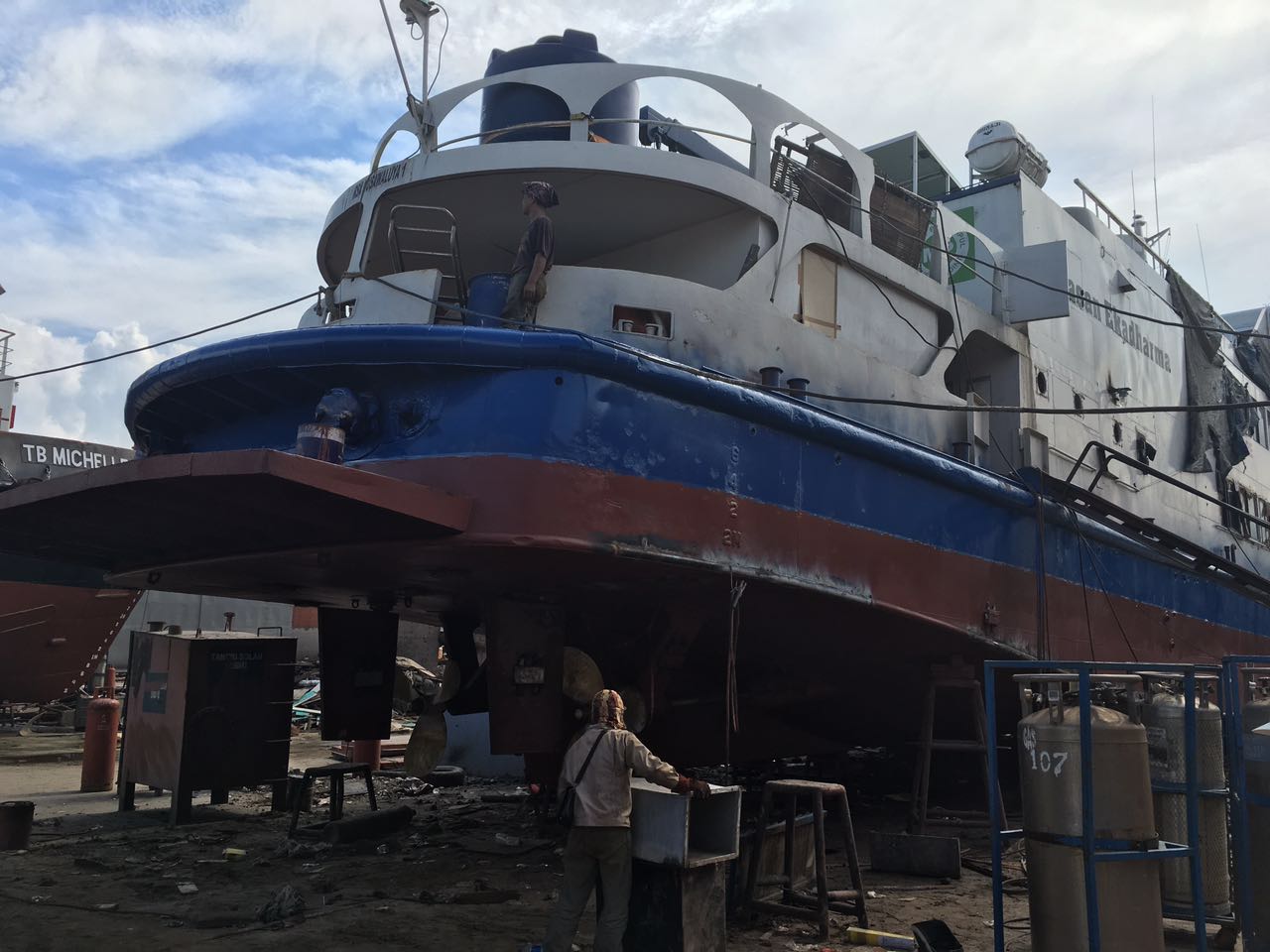 In order to improve the quality of medical services for residents of remote areas in need, doctorSHARE conducted a docking process after its maiden voyage last year in Jambi Province.
In this docking process, additional facilities were added, especially in the operating room. Initially, there was only one patient bed dedicated for major surgeries. Currently, an expansion of the operating room is being carried out so that it can accommodate two large operating patient beds.

In addition to the expansion of the operating room, a partition was also added for postoperative patients who require special care. In addition, various physical improvements were also made to RSA 2 starting from painting with additional anti-rust on the hull, repairing the engine room to the crew and steering room.

Repairs to the ship’s propeller and propeller for RSA were also not spared in this docking process. The entire docking process takes place at Harapan Teknik Shipyard, Cilegon, Banten Province.
The repair process is expected to be completed in the second to third week of April 2016.