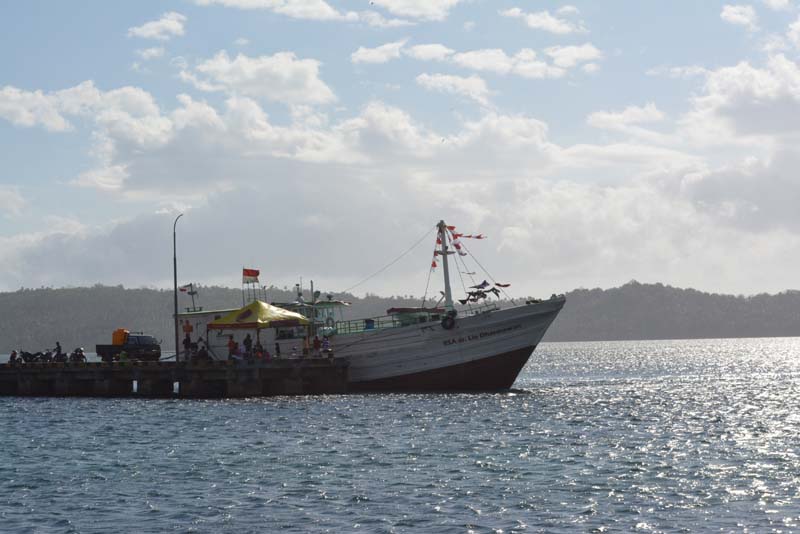 Medical services were carried out in the form of health counseling “Clean and Healthy Living Behavior” and general medicine that took place at Galatama Field (March 14, 2016), ultrasound examination and training for medical personnel at Watukaula Community Health Center (March 15 – 16, 2016), as well as minor and major surgery at RSA dr. Lie Dharmawan which is docked at Waikelo Pier.

Health counseling was attended by around 80 residents prior to the general medical treatment. The number of patients for general treatment reached 778 people with the most common types of illnesses being myalgia (muscle pain), dyspepsia (abdominal pain), ARI (Acute Respiratory Infection), cephalgia (headache), and hypertension (high blood pressure).

There were 49 patients who were examined with ultrasound (ultrasonography) and consulted over two days at Watukaula Health Center. doctorSHARE also conducted training on how to use the ultrasound equipment for the health center’s medical staff considering that Watukaula Health Center has had a fairly sophisticated ultrasound since mid-2015, but it has never been used because there are no medical staff who can operate it.

Minor and major surgeries at RSA Dr. Lie Dharmawan are preceded by a medical screening process to determine whether the prospective patient is eligible for surgery or not. Minor surgery took place over four days (March 16-19, 2016) with 63 patients. The major surgery was conducted in two days (March 17-18, 2016) with a total of 12 patients (13 cases).