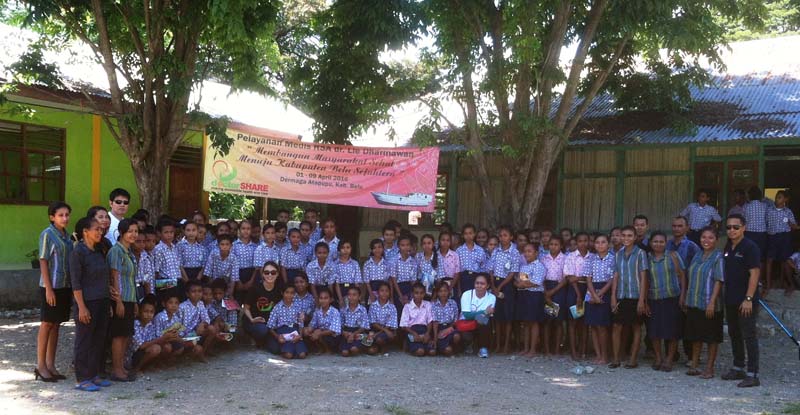 On the same day, the team conducted counseling at SMPK ST Petrus Dualilu Atapupu, Mota’ain, Atambua. The counseling, which was attended by 136 students with the material “Juvenile Delinquency”, illustrated how students should deal with puberty and maintain relationships.

The Regent of Belu, Willybrodus Lay, also visited the Floating Hospital to see the medical service activities. According to him, doctorSHARE’s activities are very positive and an oasis in the midst of drought due to the long dry season in Belu. “We, the people of Belu, accept the doctorSHARE group as good and caring friends,” he said.

The friendship between the Belu District Government and doctorSHARE was marked by the appointment of Dr. Lie Dharmawan as a Belu family (4/4), complete with a traditional ceremony.

“Even though we are far away, there are still our brothers and sisters who are able to see from other places,” Willy added in his speech of appointment of Dr. Lie Dharmawan as a Belu citizen. With the ceremony over, Dr. Lie Dharmawan has the additional name Manek, making him Dr. Manek Lie Dharmawan.