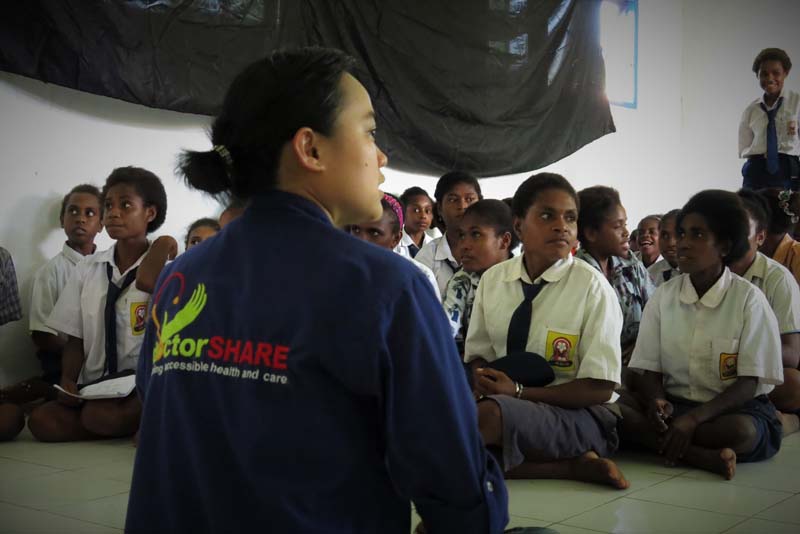 This medical service uses the Floating Hospital (RSA) dr. Lie Dharmawan which is docked at Inanwatan Harbor. Inanwatan Harbor was chosen because it is the location of the community gathering.

“The government of South Sorong Regency is greatly helped by this free medical treatment. We hope this humanitarian mission can be carried out in the future with a long enough time, not just one week,” said Dance during his visit to RSA dr. Lie Dharmawan.

Upon arrival in Inanwatan District, the team immediately held general treatment and screening (preliminary examination) for major and minor surgical patients. The report from the coordinator of the general treatment, Rela Widiawati, stated that the number of patients on Monday (5/23) totaled 278 people. General treatment was conducted twice on different days. The second time was held on Thursday (5/26) with 352 more patients than the first day.

The total number of patients in Inanwatan District reached 630. The patients came with different complaints, including Acute Respiratory Infection (ARI), worms, dyspepsia (ulcer), myalgia (aches), and cephalgia (headache). The majority of diseases suffered by residents of Inanwatan District are ARI with complaints of coughs and colds.

The team also provided counseling to Yayasan Pendidikan Kristen (YPK) Bethel Junior High School and Inanwatan State High School on juvenile delinquency. “The counseling material is suitable for students so that they can control themselves during adolescence and utilize their time with positive things,” said Retno Lestari, one of the teachers of SMAN Inanwatan.

Before entering Inanwatan District, the team encountered obstacles because RSA Dr. Lie Dharmawan repeatedly ran aground when leaving Teminabuan Port and was about to enter the estuary in Inanwatan District. The ebb and flow of the sea greatly affected the RSA. The shallow condition of the estuary meant that the RSA could only move when the sea was at high tide.

To avoid wasting time, the team was picked up by the local community using two long boats that could accommodate a dozen people. The pick-up location was in the middle of the sea towards Inanwatan District. The RSA was guided by two local residents to the port of Inanwatan.

“It was a long medical service. It was a long journey to Inanwatan and a long struggle considering there were many unpredictable events that required adjustment. Fortunately, the team was solid and adapted quickly, so thank God it went well,” he said.