Heat and Dust in the Land of Borneo 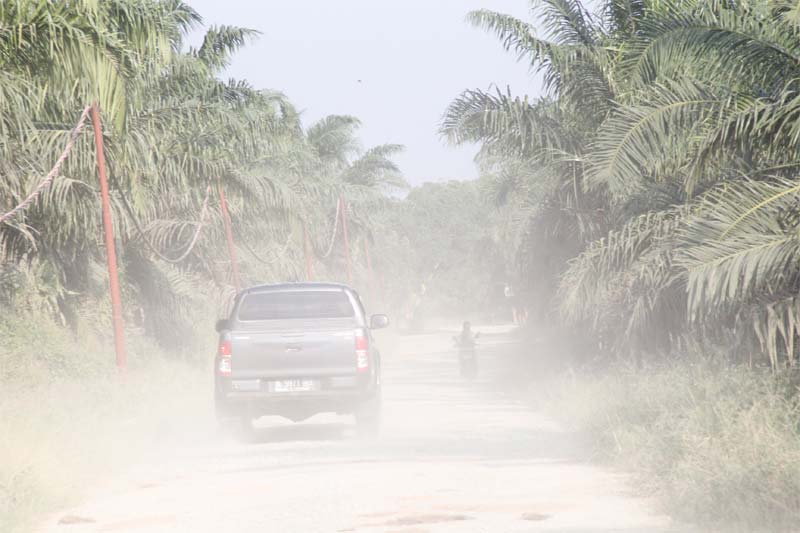 The doctorSHARE team provided medical services in East Kalimantan from August 1 – 8, 2016. The weather was hot after a long period of no rain. Riwang Village, Batu Engau District – East Kalimantan was no exception.

Riwang Village, which is dominated by oil palm plantations, looked arid. The main road, made of dirt and stone, becomes dusty in hot weather. Large trucks often pass on the road. When the vehicles pass by, the dust flies. This dust is harmful to health.

In the general treatment organized by the doctorSHARE team, there were a number of patients suffering from Acute Respiratory Infection (ARI). The onset of this disease is also most likely influenced by the location of residents’ housing on the side of the main road.

“There is an influence between ARI and dust in Riwang Village. Seeing the condition of the road when we left by car with dust flying, it must have influenced the appearance of ARI symptoms as we encountered during the general treatment,” explained Dr. Rocky Ellery James Tumbelaka, coordinator of doctorSHARE’s medical services in Riwang Village.

When they wanted to conduct general medical treatment at the Puskesmas Bantu (Pusban) in Riwang Village, for example, the car in which the doctorSHARE team was riding was not enough to accommodate all passengers so some people had to sit on the open tub. Arriving at the destination, dust successfully stuck to the team’s field service clothes (PDL).

During the trip, colleagues who sat in the pickup truck had to cover their faces so as not to get dust in their eyes, mouth and nose. Some covered their faces with shirts, while others used cloth. Anything was used to protect themselves from the dust.

Dust also stalks children. The limited number of schools makes the distance from home to school quite far. Children go to school using a truck with a roof. This habit keeps them inhaling dust during the journey – for years.

In addition to being close to the equator, the heat in Borneo is also a result of El Nino. The hot weather at the end of El Nino is still felt in Kalimantan.

El Nino is an aberration in ocean conditions characterized by rising sea surface temperatures in the Pacific Ocean. Under normal conditions, sea water warms and forms clouds which then cause rain to occur. The impact of El Nino in Indonesia is a decrease in sea water temperature so that clouds that bring rain are not created.

El Nino has been going on since 2015. A number of plantations that require a lot of water, such as palm oil, have become barren and production has dropped due to the low rainfall.

It is not only plants that need water for their survival. The people of Riwang Village also need water in their daily lives for washing, bathing and cooking.

Not all villagers have easy access to water. When asked, some residents replied that they did not have groundwater wells for water reserves.

“There is no groundwater well at home. There are reservoirs to collect rainwater. Some are located near the house, while others are dug around the garden,” explained Detoy, a resident of Riwang Village.

The villagers usually make rainwater containers. Some make barrels and put zinc sheets on top so that when the rain comes, the water flows to fill the barrels. Others simply build a pond near their house.

The problem is, some studies say that rainwater contains various bacteria. In addition, water reservoirs are unhygienic – as are water reservoirs in people’s homes that are also used to store palm oil.

“Some houses don’t even have bathrooms. Toileting is done in the garden,” Detoy said.

Even so, the condition of Riwang Village when it rains does not necessarily have a positive impact. The road becomes so muddy that it makes access difficult for Riwang villagers.