Freedom To, Freedom From 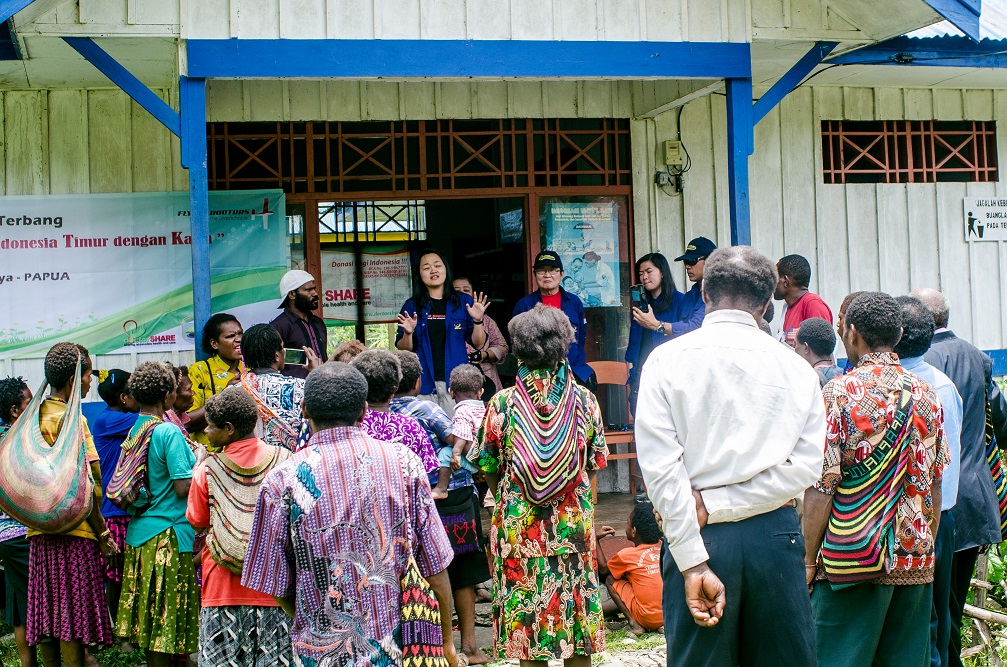 With decades of Indonesia’s past dominated by a centralized approach in politics and resource management, it is not surprising that many peripheral areas, which are rich in natural resources, have been left severely underdeveloped. This has not only paved the way for separatist movements but also left those who were willing to align with the policy feeling neglected and unwanted.

This led in some cases to the perception of being a second class citizen whose legal status is acknowledged but whose ability to claim their legal rights in practice is severely limited. This is for example occurring on the case of the native people living in the provinces of Papua.

When we take a look at the efforts to claim the basic rights of the citizens of Indonesia, we recognize that Papuans have suffered gravely. Not only are many native Papuans still struggling to claim their rights concerning the citizenship as defined in negative terms (freedom from) but also their possibilities to struggle for the positive aspects (freedom to) remain severely limited.

Papua is well known for its reoccurring problems in human rights abuse. This issue is yet to be resolved, hence resulting in many people advocating for the freedom from oppression. While this is an endeavor that should not be taken lightly, the issue of the oppression of aboriginal communities, such as native Papuans, is even greater when considering the subtle oppressive actions which are not visible immediately.

This is where the practice of citizens in claiming rights in order to obtain the freedom to access the opportunities that many individuals living in Western Indonesia enjoy must be analyzed and understood deeper. This is necessary to have a more thorough understanding of the oppression taking place in Papua.

The freedom to be able to access those opportunities and understand their benefits depends on a number of basic human rights: Among others, the right of free speech, basic education and healthcare. The rights are granted but however poorly practiced in both of the Papuan provinces and especially in the province of Papua.

All of these quantitative statistics however are lacking qualitative information that may provide a much more holistic measurement of the conditions faced by the people of Papua.

An important fact that proved again to be true occurred during a recent mission conducted by doctorSHARE in October 2016 in a small village named Hitadipa, located in the Intan Jaya regency. It could be determined again that the local clinic was not able to treat even minor diseases due to the lack of remedies and doctors. Some of those diseases could actually be prevented entirely if better hygiene standards were applied. However, even this is a complex issue to tackle since not only basic hygiene education is necessary but also an adequate infrastructure has to be implemented in order to have access to e.g. clean water.

Taking this into account, it is not appropriate to measure the quality of health care of the native Papuans only by the number of clinics or hospitals which are present in the area. It should also be considered which diseases are prevalent in the society and why. To ask these questions is important to approach the issues not only from a curative perspective but also from a preventive. All in all, it is a problem of health, education, infrastructure as well as culture all at once. Those facts suggest that it requires a deeply comprehensive inter-disciplinary approach towards the issues. This complexity however might provide a solution by obtaining the freedom from physical oppression which in this case is caused by evitable physical diseases.

But also the freedom to claim their rights is important. Especially considering basic health care including a curative and a preventive approach in order to stop the reoccurrence of oppressive physical conditions.

In essence, when discussed considering this context, the longing of “freedom from” is practically achieved once “freedom to” is achieved.

The case of the issues faced by Papuans has also revealed the unequal distribution of resources in Indonesia from which the Papuans have to suffer from. This has caused a situation in which many native Papuans don’t have the adequate resources to secure their rights and especially to claim their unenforced rights that many people living in Western Indonesia take for granted.

Seeing the present situation of the Papuan people remaining far less developed compared to Western Indonesia, it takes very little to question the benefits of having an additional identity constructed and attached to the nation-state identity of Indonesia. It is thus wise to understand that cries of independence do not merely stem from temporal feelings nor affinities.

It was an outcry for help, which has been left almost unnoticed and minimally addressed for years and has now crystallized into a deep longing for freedom.