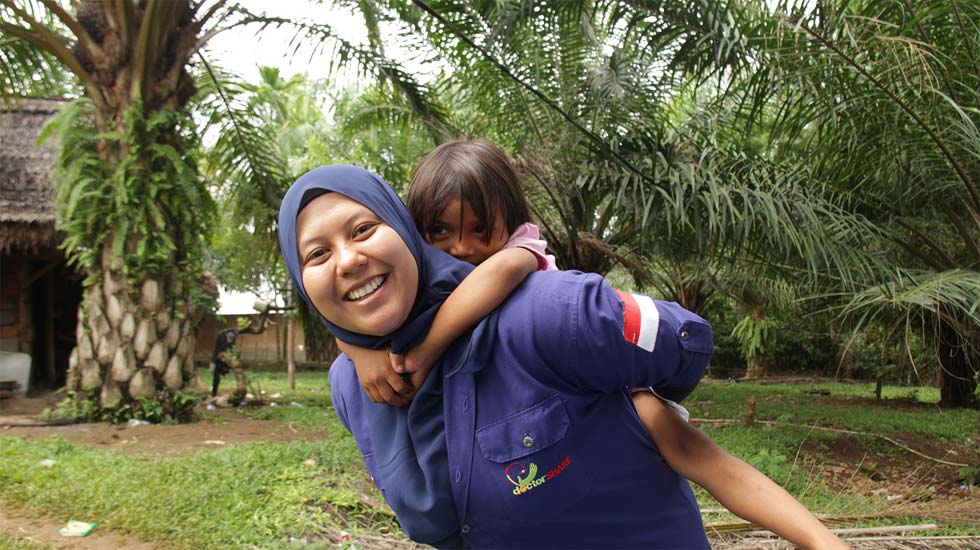 Muhammad Ilham still remembers clearly when the earthquake hit his village. The shaking was felt at around 5:00 a.m. WIB. At that time, Ilham was reciting the Quran in a surau near his house in Gampong Sarah Mane, Meurah Dua District, Pidie Jaya Regency, Aceh. The first-grade student of Sarah Mane One-Stop Junior High School panicked and was afraid to see people around him running for their lives.

“The earthquake lasted about a minute, but it was felt once and repeatedly,” said Ilham.

It was still dark, and not many people in his village were active. Only a few people prayed the dawn prayer and recited the Quran in the mosque. On Wednesday (12/7), an earthquake measuring 6.5 on the Richter Scale devastated Pidie Jaya Regency. Many houses, shops and mosques were destroyed by the earthquake. In a short time, the situation changed. People panicked, and casualties occurred.

The same situation was also experienced by Marhaban, a fifth-grade student of SD Negeri Malem Dagang. When the earthquake struck, he was still asleep in his dream. When his ears caught the panic of his family because of the earthquake, Marhaban suddenly woke up. Marhaban and her family went outside to save themselves. The house where she took shelter was damaged after the aftershocks came.

Ilham and Marhaban were friends who lived in Gampong Sarah Mane. At a young age, both of them felt fear and panic when the shaking occurred. The school where they studied was damaged. Teaching and learning activities were halted until a week after the earthquake.

Together with dozens of children from Sarah Mane Village, Ilham and Marhaban participated in trauma healing activities organized by doctorSHARE. On Wednesday (12/14), the children gathered at the Earthquake Disaster Post, Sarah Mane Village. According to doctorSHARE’s trauma healing tutor, Juni Safitri, S.Pd, this activity was carried out to help restore the psychological state of children affected by the disaster.

“The main goal is to restore the psychological state of earthquake victims so that they do not dissolve in sadness. They can also continue to laugh, be happy, and do activities that they used to do before,” said Juni.

Juni added that a series of activities were also carried out to support the children’s learning process. During the activities, children of different ages mingle and learn. They drew, sang, and told stories. Joy radiated from the innocent faces of these earthquake victims.

Every child has the opportunity to express their abilities. You can see children who are confident in front of their friends to sing, introduce themselves, tell what they aspire to. They also showed their artwork in the form of drawings. Things got even more exciting when the children were invited to play together.

“I hope that the learning spirit of the earthquake victims will be higher. Hopefully they can smile and play again. Most importantly, they must remain confident and never give up,” Juni expressed her hope.

Ilham and Marhaban also hope to be able to return to their respective schools. Ilham showed us his school building that was damaged by the earthquake. The walls and floors were cracked, leaving gaps. The school ceiling collapsed and the roof trusses were broken. This situation certainly endangers the students. Ilham hopes that his school building will be repaired soon so that he can return to learning.

Children always have the imagination and willpower to realize their dreams. Ilham and Marhaban are just a few of the earthquake-affected children who have a great chance to achieve their dreams in the future, regardless of the difficulties they are facing.