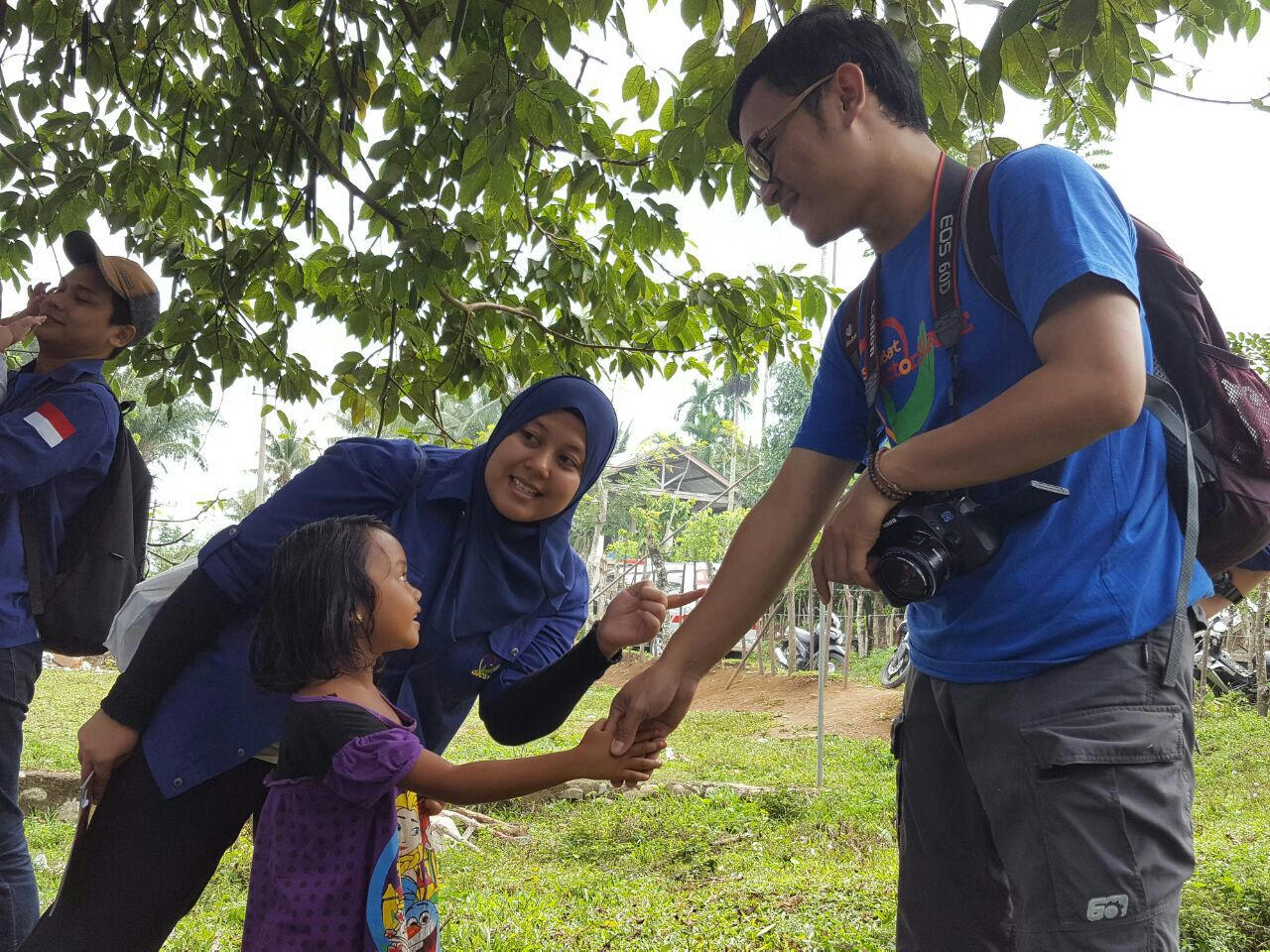 When I was entrusted with the responsibility of coordinating doctorSHARE’s Media Division a few years ago, my thoughts were simple. I thought that my main task was to ensure that all doctorSHARE’s social activities were well-documented, so that the traces would not be lost. So I tried to write down activity after activity with a few camera shots.

During my fieldwork, I realized that the health issues that are the focus of doctorSHARE’s activities are very closely correlated with the socio-political-cultural life of the local community – at least in my observation. Conversely, various health problems that arise also greatly affect the daily lives of residents.

Over time, I thought how narrow doctorSHARE would be if it framed its narrative only in terms of activities or “services” that have been carried out without ever mentioning the broader frame. In fact, doctorSHARE goes to areas that can be said to be remote, locations that are relatively rarely reported by mainstream media.

Without the ability to see from a bigger perspective, then what is presented is something like “doctorSHARE has conducted medical services attended by so many patients” or “Si A is suffering because there has been no health center, so doctorSHARE helped Si A”. That is good and important, but a more complete narrative will never be touched.

It becomes difficult for the public to see from a broader perspective, for example how local people have been surviving, how they feel, how they view life, how they have been struggling for education and health services, how the environment affects the way they live, and so on.

I take the example of the hane zambaya tradition in Papua. In this tradition, Papuans will “hurt” themselves by cutting their limbs such as foreheads, hands, and thighs when they fall ill. They believe that dirty blood in the body must be removed when suffering from illness. Those of you who have never been to Papua might immediately think how stupid they are for doing this.

But it turns out that this is how the people survive the disease in their own way. It is very difficult for them to endure pain in the absence of access and health facilities. The cuts at least help to distract the pain. Had there been health services, this tradition might not have emerged (read: “The Hane Zambaya Tradition and the Distraction of Pain”).

At first glance, this is relatively unrelated to doctorSHARE’s activities. But this tradition clearly shows how poor the conditions of remote area residents are. Those in emergency conditions can do little but surrender. Although this is a classic story, without good narrative coverage, the public will think this is just another version of story telling.

Thus, I try to give each Media Division volunteer the opportunity to be creative in exploring the other side of the problem – not just showing medical services. I even require each volunteer to practice observing, interviewing, analyzing the situation, and issuing opinion analysis. They are not just “snappers” or “inkers” who are technically good but lack creativity and thought.

This is not an easy task because Indonesia’s education system has not trained people to think critically, so not everyone has the ability to see a problem clearly. So I encourage volunteers to do data research first, discuss the issues that arise, concepts that need to be reviewed before coverage, as well as strict editing of the results of the coverage.

In addition, I also continue to encourage doctorSHARE medical colleagues to contribute their creations and thoughts in the form of photos, videos and writings. The content is not only medical issues. I realize that so far there are not many great doctors or nurses in the country who are willing to write even though what they experience and think is actually interesting.

The struggle in this direction is not over yet, but at least little by little I can see the results. Content production has been very diverse with interesting personal analysis.

It must be admitted that carrying out media functions under the banner of an organization – even if it tries to be carried out with good journalism principles – will still cause bias. I admit that the side of covering activities as part of documentation must still be carried out. However, there is nothing wrong with starting an effort to show conditions and analysis from experiences in the field, especially for things that are rarely known and reviewed in the public.

Some may ask, won’t this also blur the focus of doctorSHARE’s medical services? Not really. The trick is to combine news of activities with features and essays that are both micro (featuring one or two examples of interviews with local residents) and macro (drawing these examples into a broader analysis, including comparing them with research data that has been made before).

Thus, doctorSHARE media does not merely try to satisfy the “narcissistic lust” aka organizational image (take a picture of me, highlight my works!) but more than that, trying to provide a broader perspective even if it does not get “thumbs up” on social media as much as if it displays “suffering and services that have been done to overcome that suffering”.

Note that doctorSHARE has never claimed to be voicing unvoiceless people. I also decided not to focus on branding the organization – as advised by Zubair Sayed, head of communications at Civicus, a humanitarian NGO based in South Africa.

Branding will only make doctorSHARE always put up a mask of image that ultimately makes the organization unable to critically evaluate itself. Branding is indeed very important for the corporate world – to boost the market. But I realize that managing NGO media is quite different from corporate media.

Why not let the public see the uniqueness of the organization and the problems on the ground through their own eyes? Why not give the public the opportunity to express their opinion on a problem we see in the field, criticize us, and afterwards provide some valuable input for the development of the organization?

As a media coordinator, I also never apply success indicators only to the number of mentions and thumbs up on social media. What’s far more important is that what we do can provide insight for anyone who watches it. In other words, what we do can have a broad impact – not just attracting potential donors or potential volunteers.

In the long run, it is not impossible that this effort will contribute on a wider scale, for example helping to map problems from remote areas of the country, inspiring the public to create various humanitarian movements, or even encouraging synergies with other humanitarian social organizations.

On the other hand, this effort will certainly be very beneficial for the interests of the organization internally. In addition to serving as a track record, organizations are trained to think more critically in looking at problems from a medical perspective, to be more observant in seeing cultural roots without judgment, and ultimately to be able to produce policies with a bottom up approach rather than top down (not repeating government mistakes).

Efforts towards this are certainly not very easy, even a challenge in itself. It takes media volunteers who are more than just good at operating a camera.

It takes extra craft from all volunteers to learn to listen directly to what the community has to say, not just feel themselves as Santa Claus whose position is above the community being helped – especially if the program to be developed is a long-term empowerment that requires joint initiatives with local residents.

In addition, it is undeniable that the aesthetics of presentation will affect the distribution of content. The quality of media content creation must be accompanied by the strength of its distribution. For example, paying attention to the development of digital media trends in addition to guerrilla coffee houses. Again, this does not mean that the impact indicator is dependent on “market trends”, but at least the more read/watched content increases the chances of it becoming a matter of public discussion.

“If you want to change the world, pick up your pen and write.” – Martin Luther