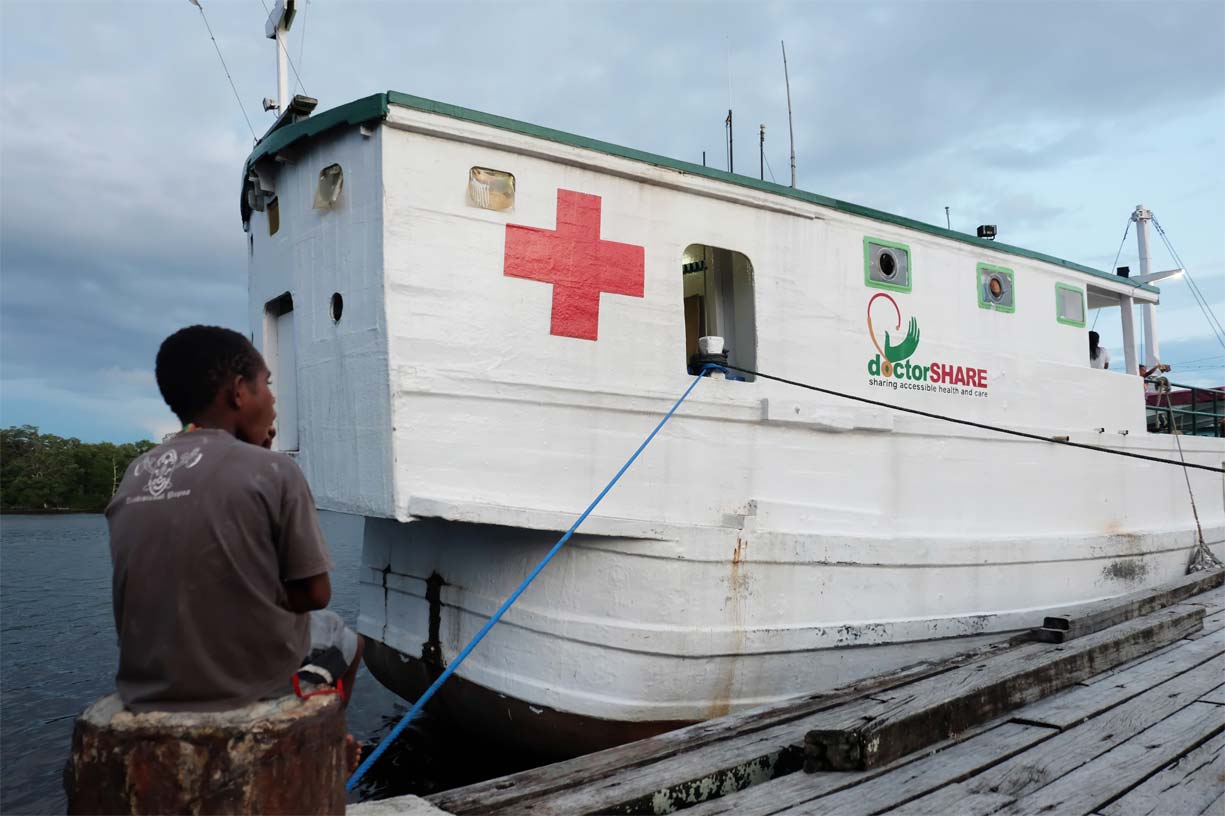 “It has been about three years since I felt pain in my abdomen. Due to financial constraints and no specialist doctor, this is the first time I had it checked,” said Rina when the doctorSHARE team conducted a pre-op examination with Ultrasonography (31/5). From the results of the examination, Rina was diagnosed with uterine myoma.

According to Rina, it had been three years since her menstrual period was irregular. She did not know that the complaint was a symptom of a tumor. Symptoms are characterized by a lump in the lower abdomen, irregular menstrual periods and heavy bleeding during menstruation.

The cause was abnormal hormone growth. Rina was to have surgery three times in Serui, but facilities were not available and blood stocks were minimal. The surgery was canceled.

The operation finally took place three days later (3/6) by a gynecologist, Dr. Agus Heriyanto, Sp.OG. Rina was suspected of having early stage uterine cancer. After Rina agreed, the team of doctors under the leadership of Dr. Agus performed a hysterectomy or removal of the uterus.

Care was needed as this was the first time this type of surgery had been carried out in the RSA dr. Lie Dharmawan’s medical service record. “In theory, one of the causes of uterine cancer is hormonal influence and age,” said Dr. Fajar H. Panjaitan, coordinator of major surgery.

The surgery was completed two and a half hours later. The results of the anatomical pathology examination in the laboratory of Husada Hospital, Jakarta, a few days later showed no signs of malignancy in the tumor. Rina was suspected to have uterine myoma or a benign tumor in the uterus.

After the removal of the uterus, Rina only needed to keep the wound dry and take medicine regularly. Since her tumor is benign, Rina does not have to worry about it coming back. She also does not need to undergo further therapy.

“It’s good for every woman to have a routine check-up once every one to three years,” advised Dr. Agus.

For Agus, performing uterine removal surgery at Floating Hospital for the first time was a new experience and challenge for him. “It was tense at first. With the belief in providing the best service to patients, I finally dared to perform the operation. The operation went well,” he said happily.