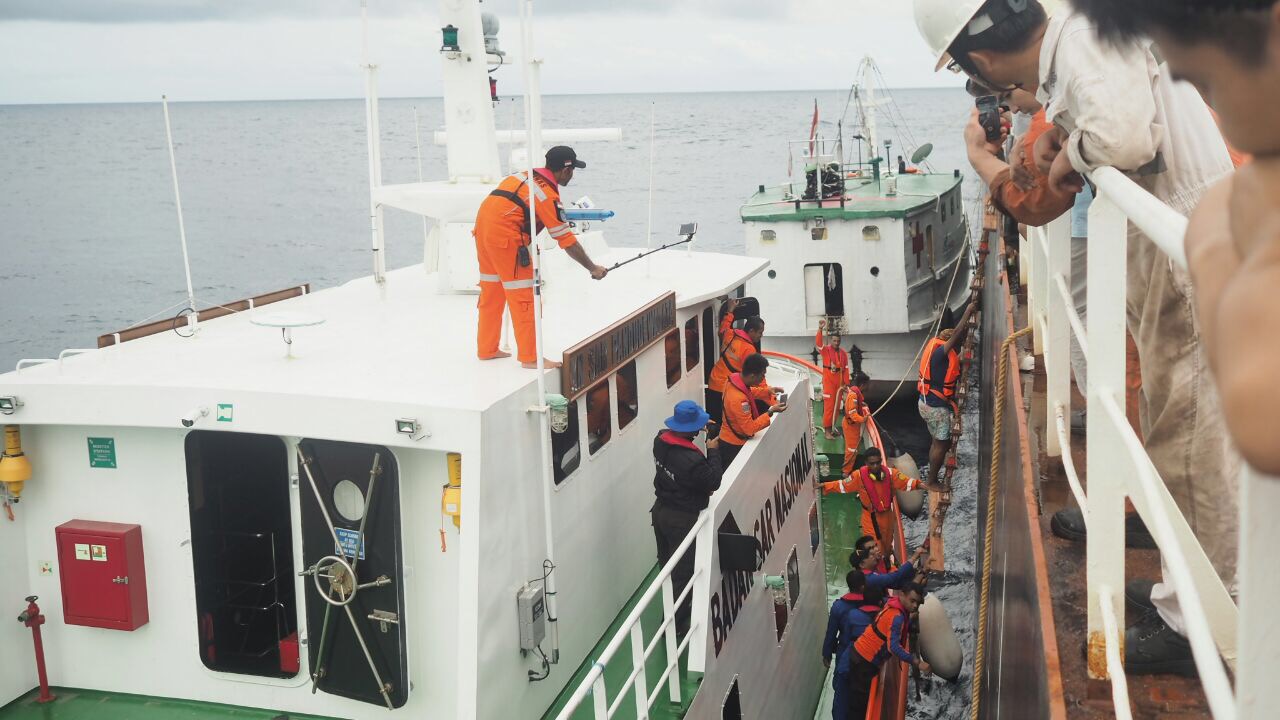 Thursday, July 20, 2017 at around 03.00 WIT, there was a disaster that befell the Floating Hospital (RSA) dr. Lie Dharmawan in the waters of North Maluku, between Mayau Island and Ternate. The disaster occurred due to very bad weather.

At that time, RSA dr. Lie Dharmawan was on its way to Ternate after performing humanitarian services on Mayau Island, an outer and remote island located in North Maluku Province. The RSA carried 17 team members (medical and non-medical) and 5 crew members. On Wednesday, July 19, 2017 at around 22:00 WIT, a storm hit the RSA, causing it to sway.

Sea water entered the engine room. The water suction pump did not function properly so that the ship’s engine died. The RSA was adrift for approximately five hours. First aid was provided by the Hong Kong-flagged MV Great Song, which was sailing from Australia to China. All doctorSHARE members on board the RSA were successfully rescued to the MV Great Song.

The team is currently in good health. We give thanks to God Almighty for His protection. We are also very grateful to all parties who have helped save the doctorSHARE team and RSA dr. Lie Dharmawan. We express our deepest appreciation for the quick action taken. Thank you.