The story of ” The Pinocchio” to “Alien Finger” from Pulau Tiga 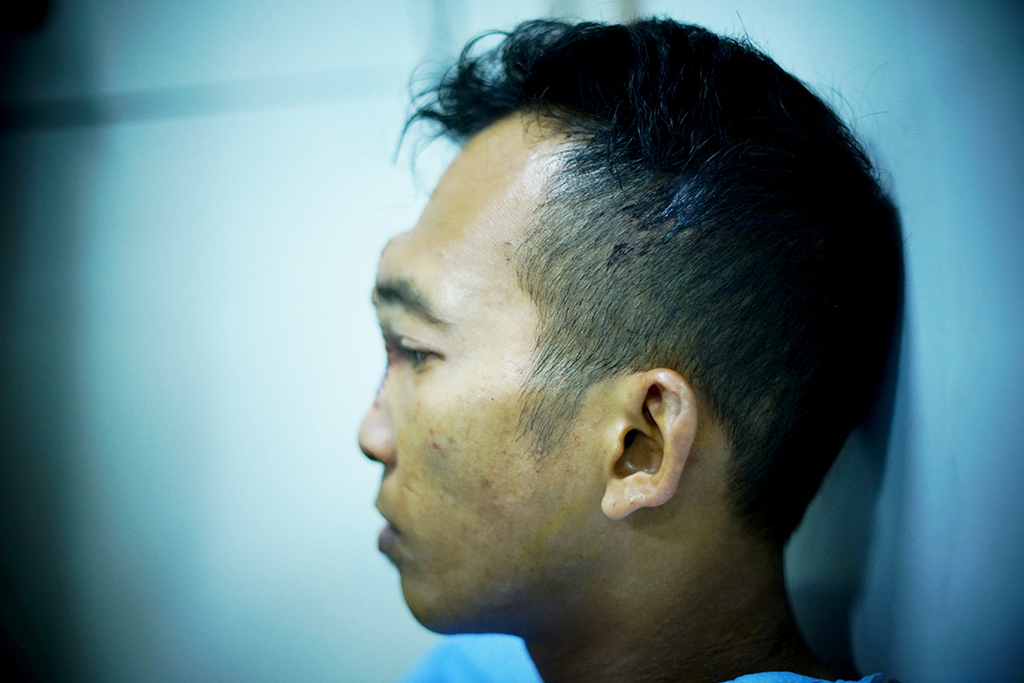 On Sedanau Island, Pulau Tiga District, Natuna Regency, Riau Islands, there is a resident who has Pinocchio’s nose disease. His name is Masudi. His nose has been like that since he was born. “At first it was small, then it got bigger,” said Masudi.

For 25 years Masudi has been resigned to his nose. What could he do, he had asked the nearest health facility, but no one could handle it. From traditional healers to doctors, they couldn’t help much.

The condition of Marsudi’s nose interferes with his appearance and vision. Masudi has difficulty looking left and right because of the large lump on his nose. Even when looking straight ahead, his vision is impaired. The size of the lump was as big as an adult’s fist.

On July 27, 2017, Marsudi heard from a friend that there was free medical treatment at the Nusa Waluya I Floating Hospital (RSA), which was docked at Pulau Tiga Pier. Marsudi then did not waste the opportunity. Marsudi came for an initial examination (screening) before surgery. As a result, the team of doctors stated that they were able to operate on Marsudi on the hospital ship.

Marsudi’s story is only one of 15 stories of major surgical patients handled by the doctorSHARE team at RSA Nusa Waluya I in medical services in Natuna. Besides Marsudi, there is Raja Muhammad Syah who has unnatural fingers. The fingers on Raja’s right and left hands are stuck together.

The eleven-year-old boy was diagnosed with Sindikatili, a condition where the fingers of the hands are stuck together. At first glance, Raja only has three fingers on each hand, resembling alien hands as depicted in the movie. Similar to Masudi, Raja’s disorder is an inherited disorder. Raja is grateful that he can still write with his fingers like that.

Different Raja, different Dina Ardila. This 26-year-old mother has been nursing a lump on the temple of her right eye for a dozen years. She was not born with this lump.

As a child, Dina hit her head with her friend. Soon a lump appeared on the temple of her right eye. Instead of shrinking, the lump just got worse. According to Dr. Lie Dharmawan, Dina’s disease is Hemangioma. “The lump on her temple is a blood vessel tumor,” said Dr. Lie Dharmawan.

On July 29, 2017, Raja, Masudi, Dina, and one other patient underwent major surgery at RSA Nusa Waluya I. The surgery went smoothly. The surgery went well for all four patients. The team of doctors allowed them to go home after the surgery. So that no patients need to spend the night at the floating hospital.

The families and patients thanked the doctorSHARE team. The treatment process was quick and easy. “The process was easy, there were no requirements,” said Raja Harmizah, father of Raja Muhammad.