The Dilemma of Shamans and Doctors 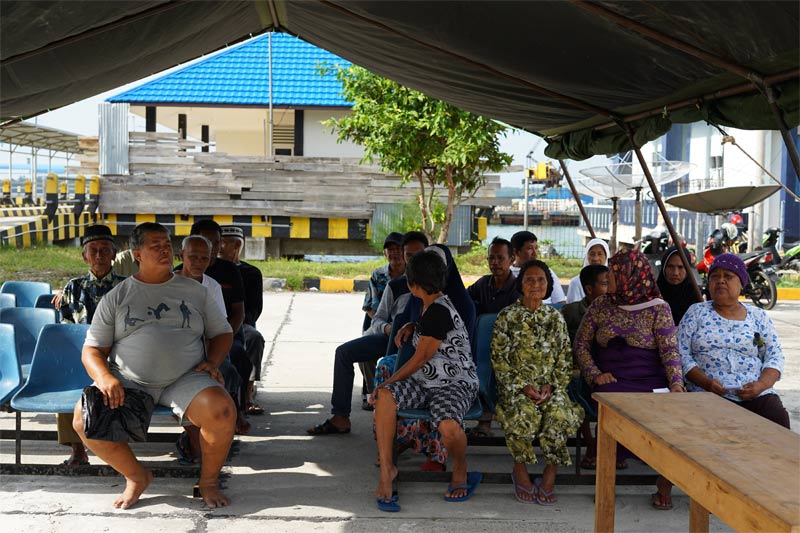 There are endless stories of shamans and doctors at the edge of Indonesia. Either about shamans who work with doctors, or shamans who compete with doctors. Even though both of them both want to make people healthy, but what can you do, when it comes to money, even healthy matters become complicated.

Such is the story of the shaman and the doctor in Pulau Tiga District, Natuna Regency, Riau Islands. Here, people still believe in shamans. Each disease has a different shaman. Illnesses related to body temperature, for example, can come to the shaman by the dock. The treatment is simple: water is read a prayer and some kind of mantra, then drunk to the patient. The results vary.

“Some feel better, some don’t,” said one resident of Pulau Tiga, Raja Harmizan.

As for children’s cases, the shamans are different. It seems that shamans have recognized the term child specialist. Any illness, as long as it is suffered by a child, is handled similarly: a massage.

Once upon a time, there was a resident who was pregnant. Doctor Fadhil came to check and suspected that the mother was pregnant with twins. Unfortunately, Fadhil also saw symptoms of eclampsia (a type of problem during pregnancy that can cause seizures). He suggested a caesarean (surgical) delivery.

The morning of the delivery, there were already four traditional healers at the pregnant woman’s house. All four advised the mother not to follow the doctor’s advice and to give birth normally. Fadhil was not allowed to enter by the host.

As a result, one baby died before it could be born. Meanwhile, the mother was in convulsions. Seeing such a situation, Fadhil tried to persuade her husband again. “It’s too late to talk about childbirth, now our focus is to save the mother first!” said Fadhil.

Instead of agreeing, the husband pulled out a machete. He confronted Fadhil and threatened to let him handle the labor that was already halfway through. “If my wife dies at the hands of the doctor, the doctor will also die at my hands,” Fadhil mimicked.

Hearing the threat, Fadhil was afraid. He contacted local community leaders to protect him so that he could handle the pregnant woman in peace, free from threats. At the end of the day, the mother was finally saved. One baby was born, only to die shortly after.

“Because she had convulsions, the mother also became abnormal, there was a nerve disorder,” explained the doctor from Karawang, West Java.

People’s trust in traditional healers is related to the way they see their illnesses. Muhammad Daud, for example, has had a small lump on his knee for 20 years. According to him, the size of the lump changes depending on the moon. “If the moon is big (full), it is big, if the moon is small, it is small,” he said.

If that’s the case, the water will be accepted as medicine. Fortunately, the practices of shamans on Pulau Tiga do not cross the line, such as performing surgery and the like.

Another thing that makes residents seek treatment from shamans is cost. Suradi, for example, views the cost of doctor’s treatment for teeth and circumcision as still expensive. In fact, treatment at the puskesmas is now free.

Doctor Fadhil himself has tried various approaches to “make peace” with the shamans. According to him, the shamans are basically afraid of losing their jobs if people depend on doctors. “We don’t intend to eliminate their jobs, we just want to help people,” said Fadhil.

The first approach taken is to make the shamans partners. Instead of eradicating the existence of shamans, Fadhil and his team chose to educate them with various medical skills and knowledge. The goal is to be able to treat patients more accurately.

However, the main focus of both should be to make people healthy. If each of them is focused on money, they will fight. But what can I say, to be able to serve people, sometimes you have to be physically and mentally safe, including economically.