Doctor: A Profession or a Life Calling? 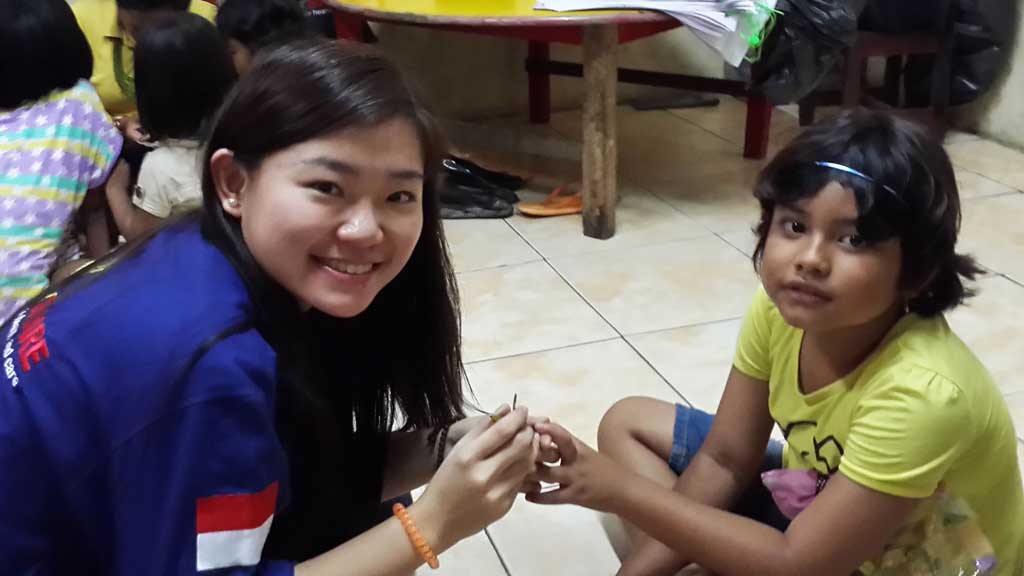 I thought, what’s wrong with using our free time to help others? Especially if you look back at my goal of becoming a doctor is to help people. I then joined doctorSHARE since October 2014. doctorSHARE has a hospital ship concept that is very interesting to me.

Initially, the main reason I joined doctorSHARE was because there was indeed a time gap, when I had passed the exam and the mandatory departure to the region, better known as internship. At that time I had just graduated from the Faculty of Medicine, Pelita Harapan University in 2014.

Long story short, I went to the doctorSHARE office in Kemayoran, my first job was sorting drugs in the warehouse. Because at that time all the members were busy preparing for their respective medical services, so what I could help was only in terms of drug preparation.

A job where there were no doctors at all. But I thought, if I don’t go to the doctorSHARE office, I’m not productive either. At least if I go to the office, someone can be helped with my energy.

I vividly remember that on the eve of the first medical service with doctorSHARE in Jambi in 2014, I was appointed as the coordinator of the Medical Center. Panic, obviously. There were so many things going on in my mind, for example, zero field experience, still a new kid, and all kinds of things. But everything, if done with a sincere heart, bears sweet fruit.

Medical service went smoothly and I gained a lot of experience, from minor surgery, exposure to patients, and others. It changed my outlook on life that doctors don’t just cure patients based on actions and drugs alone. There are many patients who actually have half of their disease cured when we talk to them. This is what makes me addicted to continue doing services with doctorSHARE.

Until now, for medical services outside Jakarta, the most memorable service was the medical service to Mayau Island, Ternate, which was my 5th service with doctorSHARE. In this service, I was appointed as the Field Coordinator.

This medical service is arguably different from the previous services, because this time the whole team and I took the Bahenol Ship from Ternate to reach the Mayau Island community, where the trip took approximately 16 hours. The health problems of the people on Mayau Island are actually more or less the same as most other Indonesians. The difference is access to health services.

Mayau people have to wait at least two weeks to be able to go to a city with better facilities. If there is an emergency case, they have to find their own way, at a cost that is not small either. Not to mention that the waters of Maluku are notoriously rough and have claimed many victims.

It just so happened that my team and I were hit by a disaster that was almost or arguably very close to death. On the way home, our ship was hit by a storm of sea waves as high as five to six meters, we were tossed around in the middle of the sea for about six hours, the ship’s pump engine could not withstand so much water discharge until it finally died and the ship began to slowly enter the water, even though the ship’s engine could still run.

Eventually we were rescued by the MV. Great Song, a Hong Kong-based ship that happened to be passing through Indonesian waters, and were eventually picked up by Basarnas and Polair back to Ternate City. I feel very grateful and lucky, still given the opportunity to live by God and still be able to serve the community.

I believe that if we plant the fruit of virtue, we will also receive virtue. The experiences I gained while serving with doctorSHARE became my provision in my daily life practice, both as a doctor and the general public.

“A Tree is known by its fruit; a man by his deeds. A good deed is never lost. He who sows courtesy reaps friendship; and he who plants kindness gathers love.”