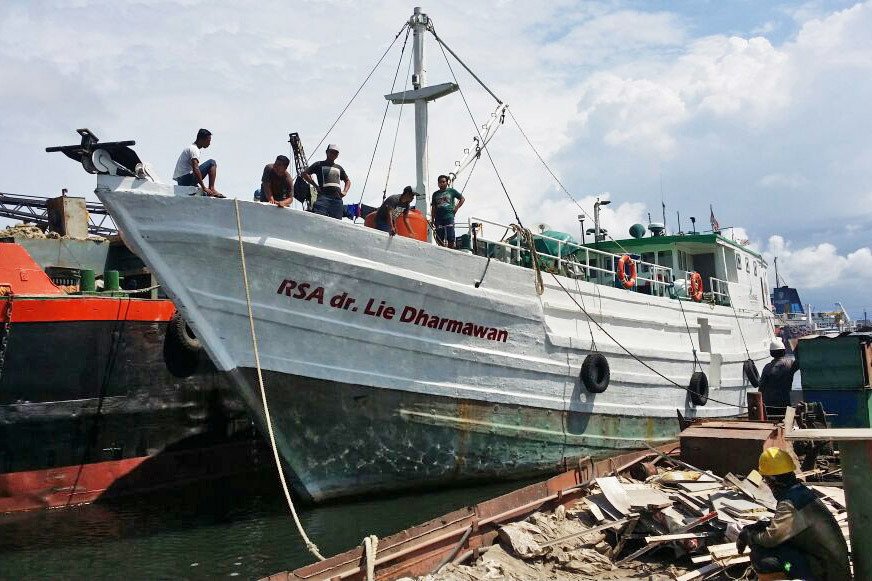 RSA Dr. Lie Dharmawan sailed back to Jakarta at the end of 2017. While docked in Jakarta, various renovations to the ship were carried out. The points of improvement of RSA dr. Lie Dharmawan in 2018 include:

The renovation of RSA dr. Lie Dharmawan aims to keep the ship in top condition and ready to serve the people of Indonesia again in 2018. We would like to thank all donors and volunteers who have supported the continuity of our programs. We continue to develop various programs to create a healthier Indonesia.