Risking Life, the Lacking of Smiles 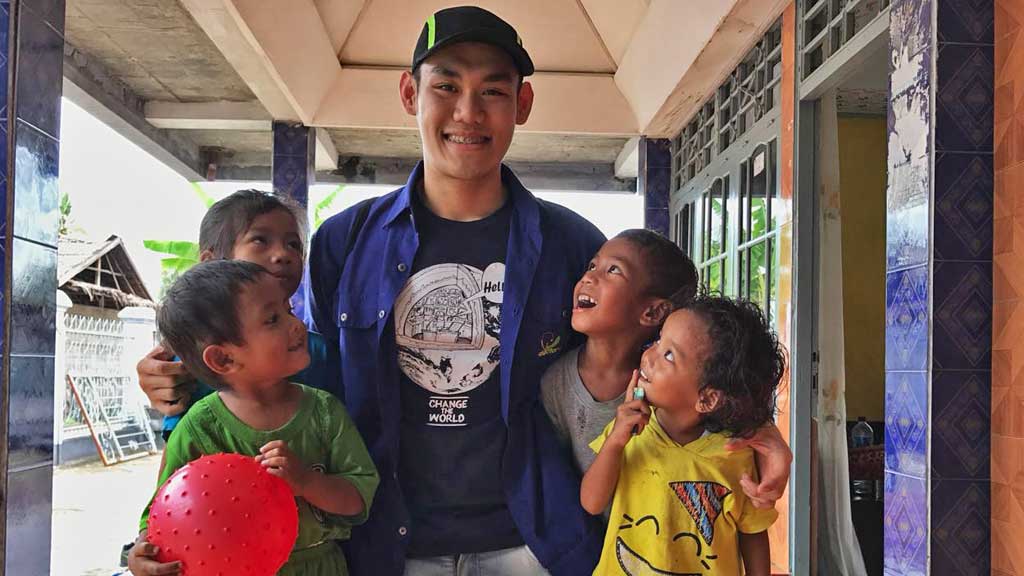 “That entering the health profession must put aside personal gain, that being a health servant is more than just a professional job. Being part of doctorSHARE, being a smile for those who are marginalized due to demographics.”

Introducing my name is Stanley Saputra. I am a pharmacist who graduated in 2015 from Pancasila University. From a young age, I have always had an interest in the social world. Long story short, after completing my professional studies, I began to look for opportunities where I could serve.

I was quite impressed with the figure of Dr. Lie Dharmawan through his conversation on Kick Andy, but at that time I did not think about joining. While working in the governor’s office, I had an intern who was volunteering at doctorSHARE. He told me how this non-profit foundation has brought smiles to our families in Indonesia’s outer islands, and how it is an extension of the Almighty.

Without thinking, I signed up to volunteer and after going through a series of processes, I started my first trip to Morotai Island, North Maluku last June.

Morotai Island, Mayau Island, and Banda Neira. A few of the many islands isolated by the vastness of the ocean that I have visited. Being the person in charge of the pharmacy and the coordinator of the medical center for the first time opened my eyes to how rewarding it is to be a health worker, regardless of profession.

Although I’ve only traveled to three medical service locations, I’ve made many sweet memories. Each location has its own story, and Morotai was the first experience. Although the trip took all day, the service started from morning until night without stopping, the heart was touched to see a baby who was successfully born by caesarean section, when the condition of the mother and baby was on the edge due to Uterial Rupture. The mother and baby survived because they were detected early, during pregnancy screening with ultrasound when the ship started its activities.

On Mayau Island, the memories of having a very solid and supportive team remain in my heart. At that time, after spending the day in Mayau and the ship was about to depart back to Ternate, the ship experienced a disaster because a strong storm hit the ship. The storm continued to roar, causing the pumps to be unable to remove the incoming water. One pump went down, and the others went down too.

We began to gather on the deck, praying, holding hands. In the sky, we began to see fireworks, but unfortunately there was no response. Satellite phones continued to be utilized, contacting help from Ternate to Jakarta. For hours, we were confronted by the waves. The ship tried to move, but the waves were too wild.

Hope began to appear when the radio began to be responded to by a Hong Kong-flagged cargo ship. Finally, we were safe. No one panicked, no one blamed each other at that time. Everyone helped each other, even though the road looked dead-end.

It’s too memorable to tell, but maybe it’s enough to capture the heart in narrative form. Joining doctorSHARE really opened my mind, both in seeing the reality of health conditions in eastern Indonesia, and within the team itself. I was reminded of the basis of a health worker. Being in a medical team, integrating and helping each other.

There is no barrier between one profession and another, nor is there any arrogance. I didn’t get this view at all when I worked at the hospital, and I think this is the value I first got when I joined doctorSHARE.

A deeper look at the other side of Indonesia. My first experience of service delivery in a remote area led me to another view of the local health profile. There is no need for data from research agencies or health departments to elaborate on the health facilities and health conditions of a very complicated population. Residents had to travel by sea for hours to get to the nearest hospital, the local health center did not have enough facilities and health workers were in short supply.

Having often struggled with health issues in Jakarta, it was only when immersed in the eastern part of Indonesia that I realized that the development of health facilities there needed to be improved. That’s where doctorSHARE comes in, filling a void in the health system. Not blaming the government, but supporting the government. Not just a rhetoric padai, but silent action. But mute voices are plural deeds. Developing Indonesia is not only the government’s job, but the job of all of us.