Lie A. Dharmawan: A Doctor Who Fights for Humanity 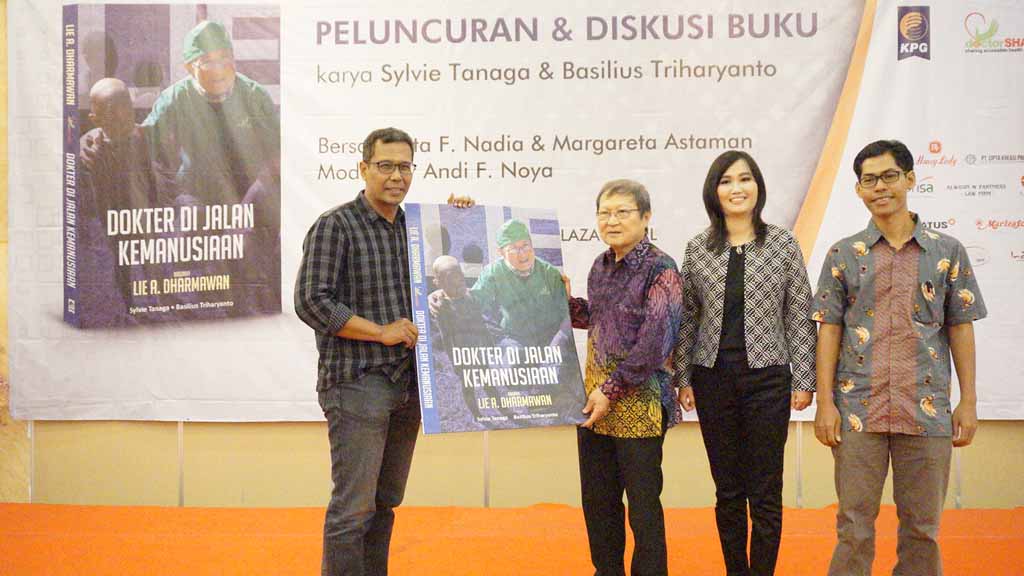 Healthy people, strong country. How can the people be healthy if there are no doctors?

Lie A. Dr. Dharmawan not only asked the question, but also answered it with a real movement: establishing doctorSHARE (Dokter Peduli Foundation) to serve people in remote areas of the country who have difficulty accessing health services. Through doctorSHARE, the figure who is often nicknamed “crazy doctor” also initiated a breakthrough in health services in the country: Floating Hospitals and Flying Doctors.

“If you become a doctor, don’t take a lot of money, don’t take poor people’s money. They will pay, but at home they will cry because there is no money to buy rice.” This was the advice of his mother that encouraged Lie to devote himself as a doctor who serves others.

The two main pillars or foundations of Lie’s struggle are faith and nationalism. The power of faith becomes a guide in the midst of difficulties and bad situations. Nationalism was the pillar that Lie lived by as a person born in Indonesia with a commitment to devote himself entirely to his nation.

When the tragedy of May 1998 devastated a number of cities, Jakarta was not spared from the chaos. Looting and burning of buildings and shops occurred everywhere. Student demonstrations faced heavy pressure from the security forces, resulting in casualties. At that time, Lie was not silent. He went straight to the center of the student ranks, treated the wounded, and set up a health post.

As a dark period in the nation’s history, the May 1998 tragedy was also marked by racial riots against ethnic Chinese. Among the victims of the riots were Chinese women who were victims of rape.

Now, coinciding with the events of May 1998, Lie remains a key witness to the human tragedy that befell Chinese women. The commitment to protect and save victims is a form of loyalty that continues to be held. “Revealing the identity of victims means giving birth to new victims,” Lie said.

The book “Doctor on the Path of Humanity: The Biography of Lie A. Dharmawan”, written by Sylvie Tanaga and Basilius Triharyanto, discusses the inspiration from Lie’s life story as well as its relevance for society, especially the younger generation, in fighting for humanitarian values in whatever field they are working in.

“We wrote this book not to glorify Lie’s figure as a hero from zero to hero, but to tell the story of his figure who steadfastly fought on the path of humanity,” wrote Sylvie Tanaga and Basilius Triharyanto.

Lie’s activism never seemed to fade. Despite being afflicted with illness at the age of more than 70, Lie through doctorSHARE continues to serve health in various remote areas. “Illness will not stop me. I will not die from illness but from age. Until my last breath, I will continue to serve others,” said Lie.

The book launching of “Doctor on the Path of Humanity: The Biography of Lie A. Dharmawan” was held on Saturday, April 21, 2018 at 10:00-12:00 WIB at Twin Plaza Hotel Ballroom, Slipi, Jakarta. The 225-page book was published by Kepustakaan Popular Gramedia (KPG) in collaboration with doctorSHARE.

Lie’s life journey summarized in this biography book shows Lie’s loyalty on the path of humanity. With the presence of this book, we hope that people can draw inspiration from Lie’s humanitarian values as well as inspire their surroundings.