A Chronic Disaster in Muara Kaman 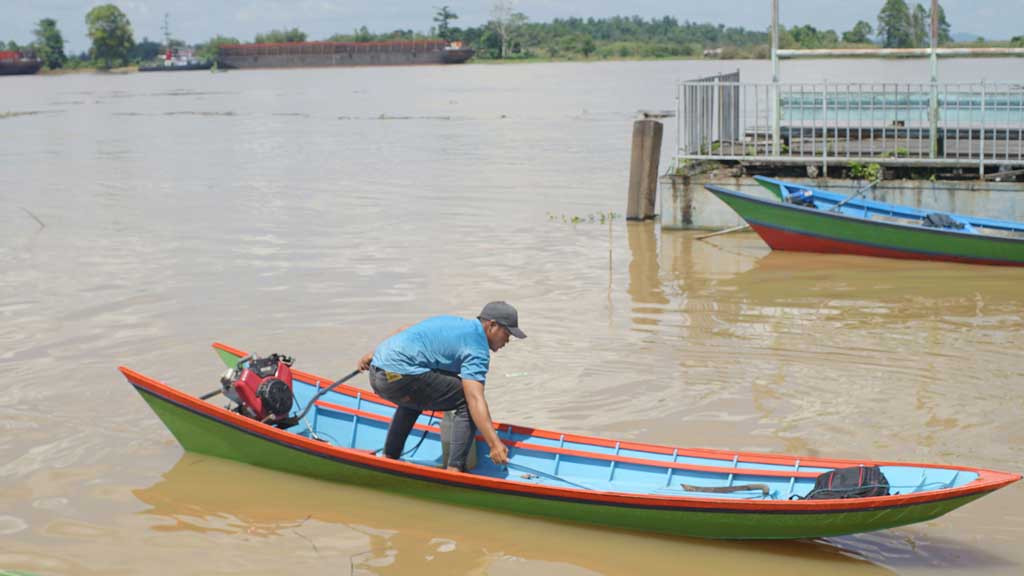 The back and forth of boats on the Mahakam River is a common sight in Muara Kaman District, Kutai Kartanegara Regency, East Kalimantan. Various sizes and types of ships can be found on this 920-km long river, ranging from boats owned by fishermen to barges. Mahakam River is indeed one of the transportation routes for communities and companies around the river. West Kutai Regency, Kutai Kartanegara Regency, and Samarinda City are three areas crossed by the Mahakam.

On April 30, 2018 the doctorSHARE volunteer team provided medical services to the Muara Kaman community. The team traveled 12 hours by road from Balikpapan to Muara Kaman. When they were about to arrive in Muara Kaman, the road conditions changed, the road surface was uneven and the asphalt layer was destroyed. A four-wheel drive car was finally deployed to drive through the damaged road.

After Samarinda City, rows of oil palm plantations became a sight along the road. Stilt houses were occasionally seen as the team neared Muara Kaman. The houses on stilts are made of wooden structures, from the supports to the walls. Our eyes were drawn to the puddles under some of the stilt houses.

The people of Muara Kaman choose stilt houses for a reason. The Mahakam River often overflows, especially during the rainy season, the water will pass the riverbank and flow into settlements. The community chooses to adapt to natural conditions, one way is to build houses on stilts. When the floods come, the community can only wait for the water to recede, which is uncertain. “There was once about six months,” said Muara Kaman Health Center Officer Lastri Juniarni.

Based on data collected, the last major flood to hit Muara Kaman occurred in 2017. the water level reached an average of two meters. Houses on stilts remained submerged due to the high water level that inundated the settlement. Community activities were paralyzed, children could not go to school and adults could not work. Hundreds of people chose to evacuate to safer places.

Most of the people of Muara Kaman work as fishermen. Small boats for fishing were seen in several houses. When the floods come, the boats will switch functions to become a means of community transportation. There are boat owners who rent out transportation services during floods. Fishermen also benefit from the floods because fish are easier and more abundant to obtain.

According to local health officials, seasonal diseases come with flooding. Diarrhea, Upper Respiratory Tract Infection (URTI) and itching are the top three illnesses suffered by the community when the floods arrive. Health posts are set up in evacuation centers to stem the number of people suffering from these seasonal diseases. Limited access and health workers are also an obstacle in Muara Kaman, especially during floods.

“Usually the medicine is lacking and the doctor is not available,” said a midwife at the Muara Kaman Health Center, Laili.

Reporting from the official web page of the Kutai Kartanegara Regency Government, the district government plans to relocate the Muara Kaman community to a place safe from flooding. People are reluctant to move to other places because they feel they have lived there for a long time. Laili herself admitted that her parents have lived in Muara Kaman for 35 years. Flooding is considered a routine agenda every year so it is no longer a problem.

The Mahakam River is bound to overflow every year and the community understands this situation. Moving is considered to be starting all over again. Finding a new livelihood, a new learning location for children, and new neighbors. The community is waiting for a mutually beneficial solution to overcome this annual flooding condition.