The Long Road to Kisar Island 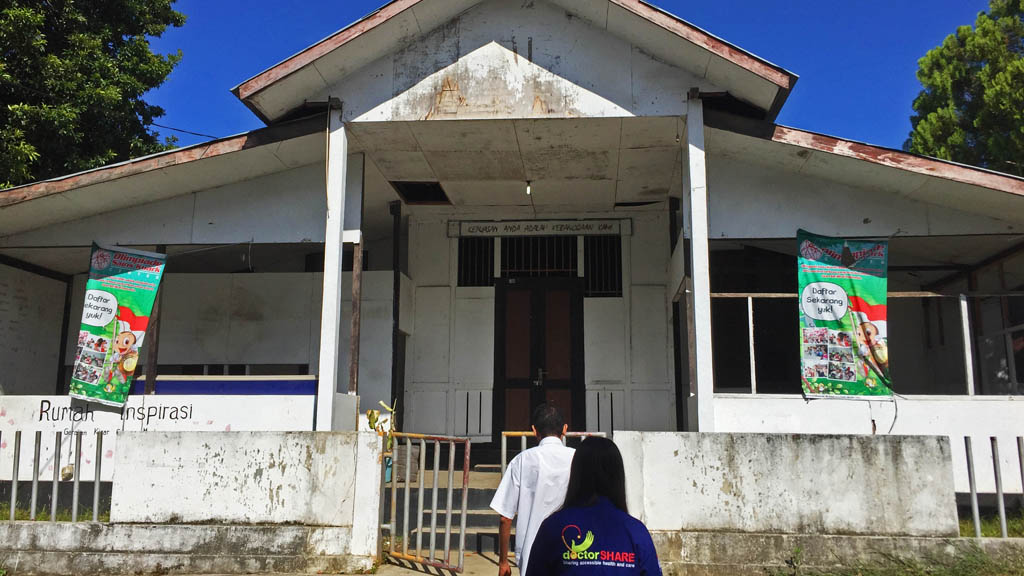 The first time I heard the name Kisar Island, I grabbed my phone and searched for it on a search engine. Let alone seeing it on a map of Indonesia, it was my first time hearing it. I was assigned to conduct a survey prior to the implementation of doctorSHARE’s medical services. Kisar Island was included in doctorSHARE’s medical service location plan for 2018. Various information was gathered from various web pages, efforts to find local partners were also made.

I finally got information on the latest transportation access to Kisar from a nurse from the Nusantara Sehat program, Faizal, who had served in Kisar for two years. Faizal also introduced me to a youth leader in Kisar through an instant messaging application. I collected the initial data needed before developing a survey plan, including a travel scheme from Jakarta to Kisar and back.

There were two options for getting to Kisar Island, one through Ambon and the other through Kupang. I tried both, departing via Ambon and returning via Kupang. Information on the difficulty of transportation access kept looming when I was about to fly to Ambon, so I thought it wouldn’t hurt to try it out for survey purposes.

When I arrived in Ambon, I was assisted by a colleague to book a flight ticket to the capital of Southwest Maluku Regency, Tiakur. The system of purchasing airplane tickets to Tiakur and Kisar is still manual by coming to the counter or calling directly. I was supposed to fly the same day to Tiakur but suddenly it was rumored that the plane was full and some passengers were transferred to the next day’s flight. I was confused as to how the schedule could be changed so suddenly, especially since there is only one flight per day.

When I arrived in Tiakur, I met the Head of the Southwest Maluku District Health Office, Dr. Fredrik E. Bagaray, to convey the purpose of the survey and permission to conduct activities in his area. He advised me to prepare in advance if I wanted to hold activities in Southwest Maluku. The message was conveyed due to the difficulty of transportation access to and from Kisar.

“Here transportation access is still limited, the schedule can change so it must be planned in advance,” said Dr. Edi.

After meeting with officials in Southwest Maluku Regency, I continued my journey to Kisar. The fast boat KM Cantika Lestari was scheduled to enter Tiakur Harbor at 19:00 WIT. Fear gripped me when I arrived at the harbor, as a crowd of people could be seen from a distance near the ship, which was moving violently due to the waves. I ventured onto the ship because I had no other choice. The ship was packed with people, goods, groceries, and even livestock!

The sea journey from Tiakur to Kisar took about five hours, during which I couldn’t close my eyes. The ship stopped at Leti Island to load and unload passengers and goods for an hour. There was no room to rest, so I decided to rent a room belonging to a crew member so I could lie down.

The ship’s horn sounded for a long time, and I could hear the faint sound of human crowd. At 02:00 WIT, KM Cantika Lestari arrived at Kisar Harbor. Passengers who wanted to disembark had to take turns with passengers who boarded. From the harbor, you need to use a motorcycle taxi to go to the settlement because the distance is quite far. I rented a local inn to rest until sunrise.

After breakfast I rushed to the sub-district office, followed by the Kisar Port Office and the Wonreli Kisar Health Center. As much as possible, the survey needs were met in a short time because I was scheduled to return home the same day. I traveled home on a 10-passenger Susi Air pioneer plane to Kupang.

After the survey needs were met, I rushed to John Becker Kisar Airport to take a motorcycle taxi home for Rp50,000. From a distance the airport looks deserted, with only one officer sitting at the counter. When I got off the ojek, the officer informed me that the plane had been delayed until tomorrow. It was the only flight out of Kisar, so we had to wait patiently.

When I returned to the inn, the manager said it was common for transportation schedules to and from Kisar to change suddenly and without certainty. I was grateful that the plane actually came the next day. Two hours flight time from Kisar to Kupang. I hadn’t booked the Kupang – Jakarta flight because of the uncertainty of the schedule in Kisar. When I arrived in Kupang, I finally booked it, but the plane tickets to Jakarta that day were already sold out. Again, it was delayed by one night.

My two-day survey plan was delayed to four days. I immediately remembered a friend’s message in Jakarta that transportation access to Kisar was not easy, reinforced by the words of the Head of Service and the manager of the inn. Through Kupang is the best route to get to Kisar but it should be underlined that the schedule can change at any time. Don’t be surprised when plans have been carefully made but have to change due to transportation access.