Being the Smallest in Service 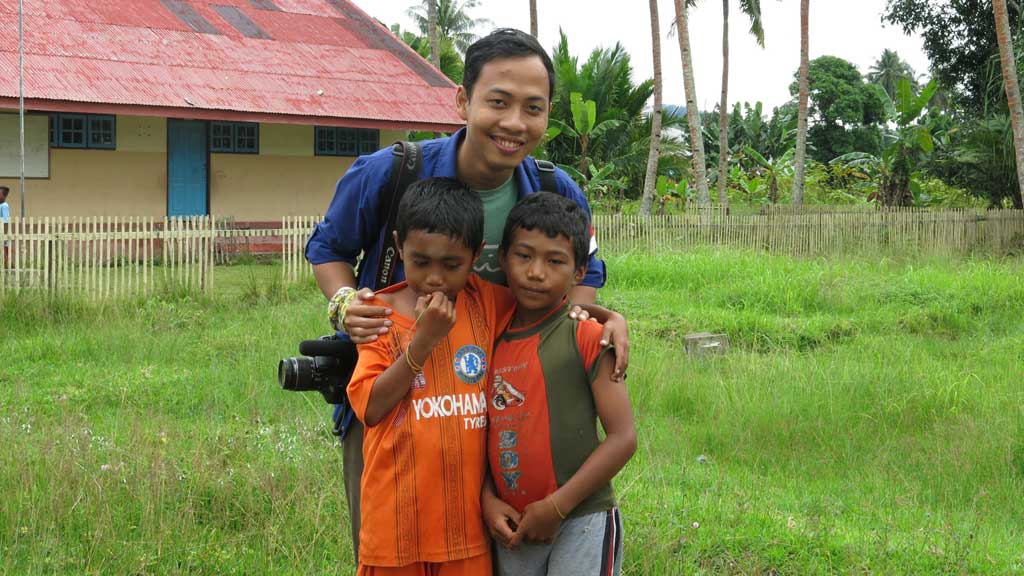 Since childhood, I was always directed (even demanded) to be the best. Words like “leader”, “champion”, “achievement” have become daily food. As a result, instead of trying hard, I was often jealous and envious when my friends won or became class leaders. This carried over into adulthood. I was rarely grateful for life, instead I kept comparing myself with other people’s lives. I got tired of it too. I thought how come my life has no joy?

One day, when I was in a slump, I saw a small scavenger of elementary school age sleeping in a minimarket near my boarding room. Perhaps because I was in a difficult position, I empathized and decided to buy him some milk and bread. Then, astonished, he accepted it and ate it with gusto. I quickly left without hearing a word from her, embarrassed.

When I returned home, I felt a sense of satisfaction. It’s strange, we’ve struggled, lost money buying food, but we’re happy and satisfied. This simple experience was the initial motivation to join doctorSHARE as a volunteer.

I myself am a videographer with an educational background in journalism studies, the point is I can’t treat people! But instead I became a volunteer at doctorSHARE. From the name alone, it’s clear that it’s an organization of doctors. There I joined as a media volunteer, his job: documentation from pictures to writing.

Because it’s an organization of doctors, the documentation crew definitely doesn’t get top priority in the field. This was in stark contrast to the “be the best” school of thought that I had adopted. However, during my first medical service in Morotai, I saw how warmly the people received us, and then every time they came out of the ship after surgery, there was relief. Some people even took the initiative to bring us snacks as a token of their concern.

When I saw things like that, for some reason the thought that documentators are the stepchildren of the team disappeared. All I could think about was how I could help more so that more people could smile with relief.

Eventually, I went from just taking pictures to being a general helper. From transporting goods, to delivering food. I thought, if I can’t help the community directly, I can still help the team of doctors who work for them.

It was also nice to see a patient thank me, smile, and go home. I like to feel like I’ve contributed to that smile, even if I’m just pretending. But I get the satisfaction and peace that I’m looking for through this kind of activity.

As a result, I changed my school of thought. Sorry, I don’t mean to betray the people who have educated me in the past, but what I found is that happiness is not when we are at the top, but precisely when we are at the bottom and serve those who (one of them) are at the bottom. I haven’t read any books about this, let alone found any theories, but this is just based on personal experience. Maybe if I become a big boss later, I might change my school of thought again.

So do I regret becoming a videographer for a doctor’s organization? In my application I clearly wrote “if I had graduated from medicine, I would have applied to be a team of doctors, not a videographer.” But along the way I enjoyed being a documenter even more. I can learn many things from doctors and patients, from doctorSHARE and also the local government. I got more perspectives, richer knowledge, and witnessed more moments full of emotions from joy to emotion. Not bad for self-reflection.

Finally, I learned that life is not about being a big person and doing big things to be remembered. But like Mother Theresa said, we can do small things with great love. Besides, my religion also teaches us to serve and be a servant, so I just believe that it’s the way to peace and happiness.