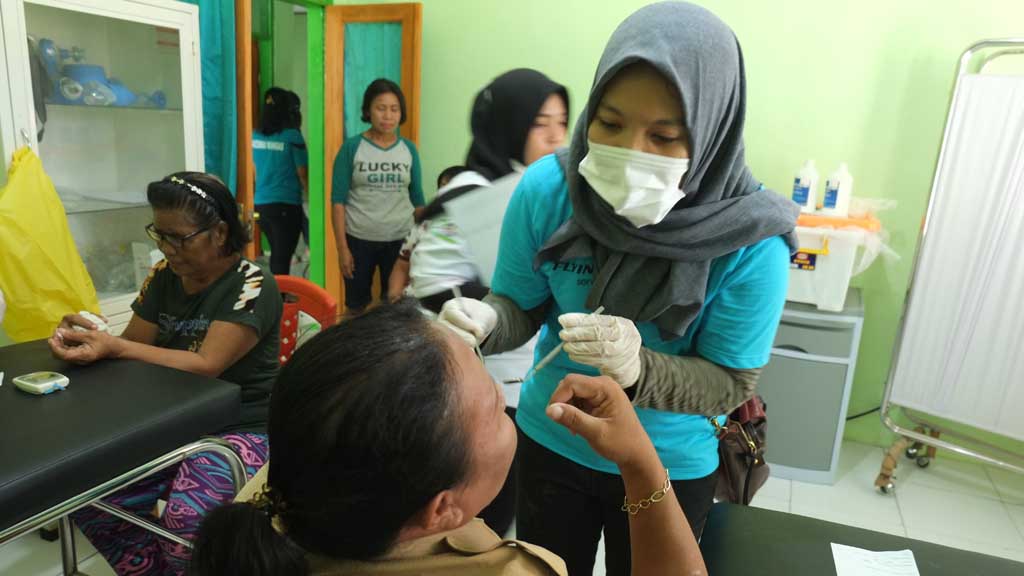 ‘Healthy and Free Character of the Nation’s Fighters’ became the theme of medical services on the northernmost island of Indonesia. On August 12, 2018 the team arrived on Miangas Island and made preparations assisted by the local community, as well as the Nusantara Sehat team to screen minor surgical patients who would undergo surgery on August 13 – 16, 2018.

The team treated 14 minor surgery patients with the most cases including Lipoma, Atheroma Cyst, and Ganglion. In addition to minor surgery, the team also provided general medicine to 160 patients. The most common cases encountered during general treatment were Upper Respiratory Tract Infection (URTI), Myalgia, Hypertension, Gastritis, and Tinea. Dental and oral examinations were also carried out in the Flying Doctors service this time.

The volunteer team participated in the flag ceremony on August 17, 2018 on Miangas Island. This moment was a valuable opportunity for the Flying Doctors Team. The 73rd Indonesian Independence Day commemoration was decorated with a torch night which was attended by the community, government agencies, and members of the TNI and Polri. Everyone carried torches and traveled around the neighborhood singing national songs.

The head of the Miangas Community Health Center, Albert Nusa, stated that he was very happy with the arrival of the doctorSHARE team. According to him, since the end of last year there has been no general practitioner on duty in Miangas. There are six members of Nusantara Sehat on duty but no general practitioner. He claimed to be helped by the Flying Doctors team service program.

“It’s great that doctorSHARE can visit here to complement the Provincial Health Office which does services here every three months, but indeed the weakness is the stalled construction of the Miangas Health Center and the absence of doctors,” said Albert.