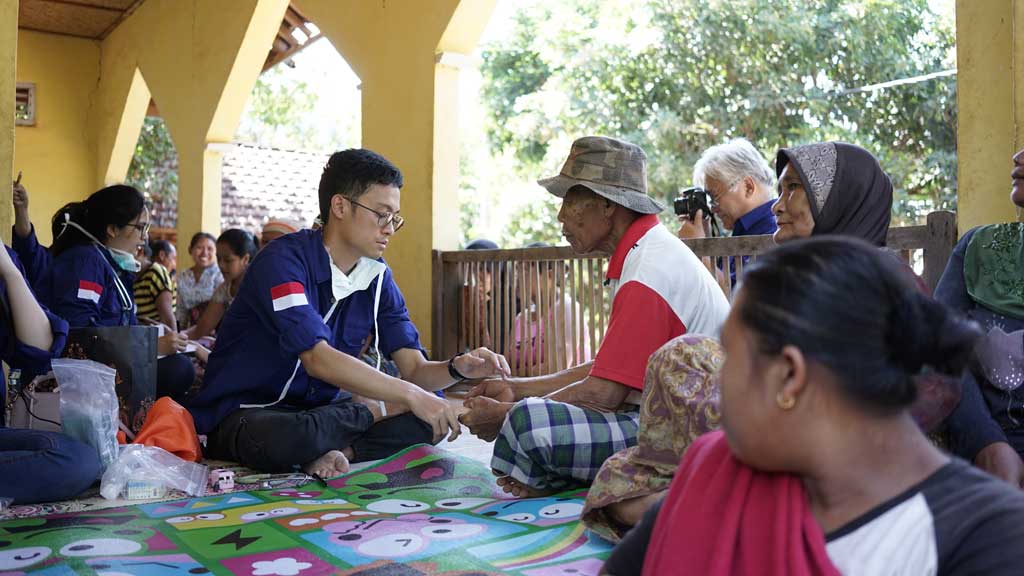 An earthquake measuring 7.0 on the Richter scale shook Lombok, West Nusa Tenggara on August 5, 2018. Previously, on July 29, 2018 an earthquake also occurred with a magnitude of 6.4 on the Richter scale. The worst impact of the earthquake was in North Lombok Regency, where people chose to evacuate because their houses were destroyed and they were worried about aftershocks.

The fear was proven, the next big earthquake occurred on August 19, 2018. This time, East Lombok Regency was the most affected area from the third earthquake. These three earthquakes damaged houses and public facilities such as places of worship, schools, health centers, and others. At the same time, there were also injuries and casualties.

Post-disaster, the need for health services is urgently needed by the community. This situation is caused by the damage to health facilities and medical personnel who were also victims. This situation made the doctorSHARE team to rush to prepare medical services in Lombok. Team preparations were carried out in Jakarta with the help of the Faculty of Medicine (FK) University of Mataram for preparation in Lombok.

On August 10, 2018 or five days after the second major earthquake, the team arrived in Lombok. The team coordinated with the local Health Office to enter the earthquake-affected areas. Activities were centered in the West Lombok and North Lombok regencies. 15 volunteers were deployed to serve earthquake-affected communities in evacuation centers.

Some of the cases encountered by the team included broken bones, injuries, and wound care. Illnesses such as Upper Respiratory Tract Infection (URTI), diarrhea, and skin diseases also began to appear while staying in the evacuation camps. The team regularly moved from one evacuation site to another to serve the community until August 15, 2018.

Psychological recovery is also a focus of the team when serving earthquake-affected communities. The team provided assistance in the form of trauma healing to adult and child refugees. The purpose of this trauma healing session is to ease the fear, worry and trauma caused by the earthquake. During the general medical treatment, trauma healing sessions were held simultaneously at each evacuation site.

Based on the medical service report, there were a total of 603 patients during the one-week medical service. This figure includes nine patients categorized as minor surgeries. The three most common diseases encountered by the team included ARI, skin diseases, and high blood pressure.

Seeing the need for medical services in Lombok, the team decided to return to serve the community there. The second medical service was held on September 22-25, 2018 using the Floating Hospital (RSA) dr. Lie Dharmawan.

The second medical service for the Lombok earthquake was centered in the East Lombok Regency area affected by the earthquake. RSA dr. Lie Dharmawan had arrived four days before the team and docked at Labuhan Port Lombok. Volunteers deployed in this medical service totaled 21 people consisting of 14 medical volunteers and seven non-medical volunteers.

The series of activities planned are general treatment in the evacuation camps, major and minor surgical services, and trauma healing sessions for children in the evacuation camps. General medical treatment is still being conducted in evacuation posts spread across Pringgabaya and Sambelia sub-districts. These two sub-districts are included in the list of earthquake-affected areas in the East Lombok District Health Office.

Activities carried out during trauma healing sessions are playing, learning, coloring, and singing. According to the trauma healing tutor volunteer, Astari Yuniarti, these activities are one of the activities that children usually do everyday.