A reminder that happiness is simple 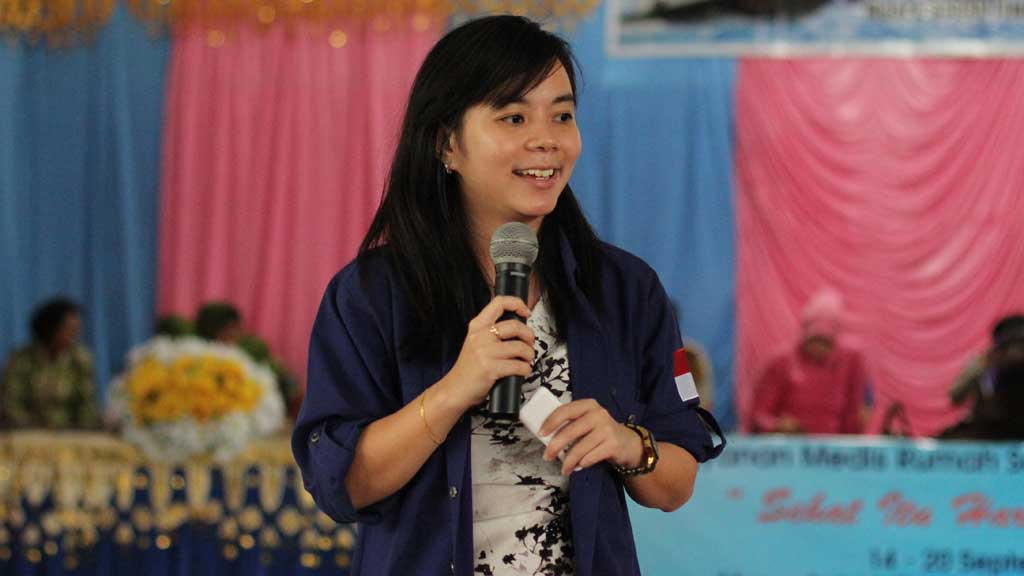 My name is Sheila Amabel, a general practitioner who graduated in 2013 from Pelita Harapan University, Tangerang. The first time I joined doctorSHARE was around the end of 2016, when it was a medical service to East Tanjung Jabung, Jambi. It felt great to join a team of amazing people who have the heart to help those in need in remote areas.

We started the activity with coordination at the central command post located in Karangasem. After various discussions, our team was entrusted to hold one evacuation area, namely in Amed Village. Then, our team immediately went to the refugee camp. The people of Amed Village welcomed us gladly because the area had not been reached by medical personnel from the command post.

When I arrived at the refugee camp, I was quite concerned about the conditions. The beds, kitchen and bathrooms looked quite depressing. What can be made, only in this refugee camp can people be safer than their original place of residence. We conducted general medicine for three days in Amed Village. As the disaster had not happened yet and hopefully will not happen, not many patients were treated.

The most memorable experience was when I was able to invite two tourists named Melanie Taubert and Sarah Muller from Germany to join our activities. It started with a conversation out of curiosity as to why they were still traveling to Bali. The conversation continued to the point where they offered to come to the refugee camp. Both were even willing to donate foodstuffs, fruits, and so on.

I feel very proud to be able to invite foreign tourists to the services we provide. Their presence shows the Balinese people, especially the refugees, that not only Indonesian citizens care, foreign citizens also care about the conditions of the people in the refugee camps.

When lunchtime came, the refugees began to eat. Despite the simple menu of rice, vegetables, and side dishes, their happiness was evident on their faces. In between meals, they held up their thumbs and shouted “delicious” to us and the foreign tourists helping them. The tourist said he was very happy to be able to share with the refugees and see the happiness on their faces.

It is important to remember that health is not always about physical health but also about mental health. In addition to medical activities that are treatment for physical illnesses, we also try to do other activities that are trauma healing, especially for refugee children. Activities are filled with folding origami paper, playing catch, playing cat and mouse, coloring, and playing while learning English.

Seeing the children able to interact with others again and give their happy smiles reminded me that happiness is simple. Everytime you smile at someone, it is an act of love, a gift to that person, a beautiful thing – Mother Teresa.