Self-Dedication for the Nation 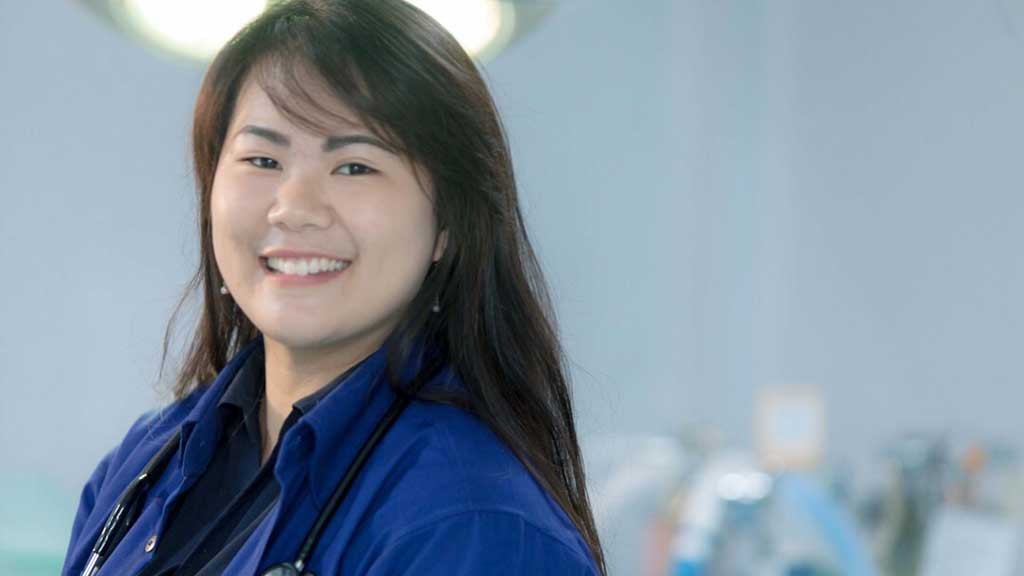 I honestly never imagined I would be sailing with doctorSHARE. Going to places that are hard to reach, maybe not even available access from the government. The opportunity came from my senior at the Faculty of Medicine, Universitas Pelita Harapan. He asked me to replace him as a volunteer. I immediately accepted the offer with great enthusiasm, despite not knowing anyone and where to go. My first medical service with doctorSHARE was in Mayau Island, Ternate, North Maluku.

The “Bahenol”, the nickname of Dr. Lie Dharmawan’s Floating Hospital (RSA), had to travel 16 hours from Ternate to Mayau Island. When viewed on a map, Mayau Island is only a small point between North Sulawesi & North Maluku. Seasickness is unavoidable when traveling by sea with Bahenol. It was probably the worst seasickness of my life. The return journey was again marked by seasickness plus a storm that hit Bahenol. It has probably been told many times how Bahenol struggled to survive in the fierce Moluccan sea.

Three months after Mayau Island, I again had the opportunity to participate in a medical service organized on Banda Island, Central Maluku. At that time there was an official ban from the government to go to sea due to bad weather. The trip was diverted from the sea route to the air route. We had difficulty finding an airline willing to transport our team. A solution was found, and we ended up using an airplane belonging to the Indonesian Air Force to Banda Island.

The trip took approximately one hour with a propeller plane. This was my first experience on a small plane. During the trip, the wind was strong and the plane was dancing in the air, making me tense and quite scared. While writing this volunteer piece, I was participating in the pre-pilot of doctorSHARE’s third floating hospital, RSA Nusa Waluya II in Muara Kaman, East Kalimantan. As with previous medical services, we organized a medical center and screening of major and minor surgical patients in Muara Kaman village.

Muara Kaman can be reached by road trip with a travel time of about 8 – 10 hours from Balikpapan. During the medical service with doctorSHARE, I learned so many things. Not just in terms of science because it is supported by surgeons who are never stingy in sharing their knowledge, as well as fellow general practitioners who always share their experiences. With doctorSHARE, I learned life lessons that made me reflect again.

It may sound cliché but believe me when a clean heart and sincere intentions, together join hands to serve this nation, I am sure anyone would say the same thing. What makes me proud to be a volunteer is the spirit of “Papi” that he continues to transmit and spread. Papi is the nickname of the volunteers to the founder of doctorSHARE, Dr. Lie Dharmawan. The two pillars that underpin his ministry, faith and nationalism, are shared with us humbly.

In my eyes, he is a never-ending source of inspiration, constantly encouraging us to dare to pursue our dreams. In the end, I was reminded of my duty and responsibility as a doctor stationed in this country. A quote from John Piper in line with Papi’s encouragement, “If you live gladly to make others glad in God, your life will be hard, your risks will be high and your joy will be full.” Another thing that impressed me was the teamwork that I never found anywhere else.

The motto “no one left behind” is truly realized, everyone works hand in hand, doing whatever they can. So don’t be surprised to see doctors mopping up the treatment room, to specialists pushing patient beds or lifting containers. Through the momentum of the ship almost sinking due to the storm on Mayau Island in the first paragraph, I found a new family. If you’ve ever heard the phrase lifelong friends, we did.

Living together for seven days on the boat, even almost dying together in such a short time. It was an unrepeatable life experience. I met great people, “crazy”, tough, with a heart for their beloved country, and open arms to build Indonesia. This meeting was an example and a challenge for myself to do more. Dedicate myself to improving the quality of health in Indonesia.