Keeping the RSA in Top Condition 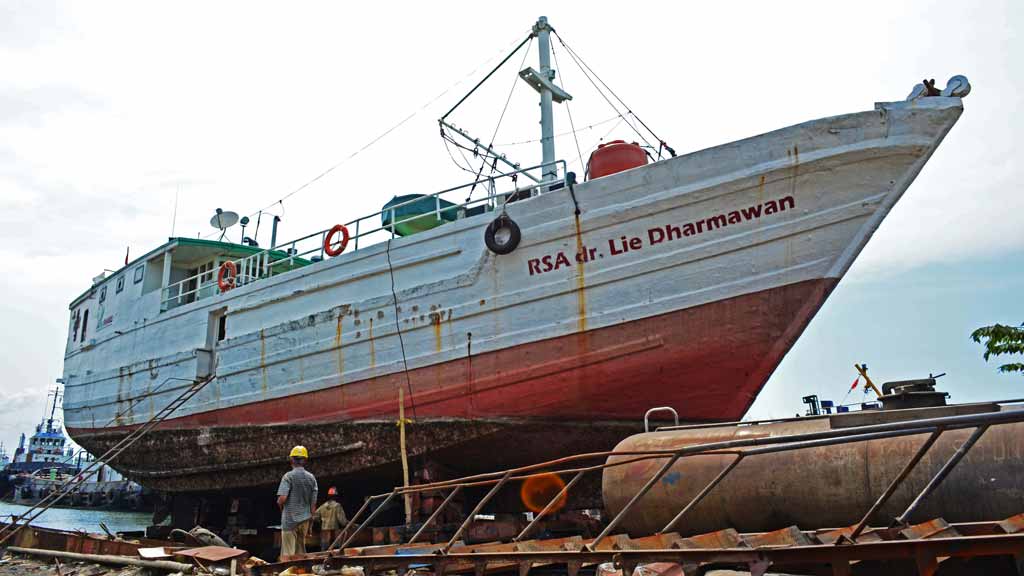 Sun, rain, waves, and wind were encountered by the Floating Hospital (RSA) dr. Lie Dharmawan throughout the 2018 medical service mission. Starting around April 2018, the voyage traveled from Jakarta to Southwest Maluku and then continued to Papua, Southeast Maluku, Central Sulawesi, Southeast Sulawesi, and ended in West Nusa Tenggara. Not an easy and short journey for this pinisi-type ship.

Checking and calibration of medical equipment.Just like the previous year, the maintenance and repair of RSA Dr. Lie Dharmawan was assisted by PT Yasa Wahana Tirta Samudera (YWTS). YWTS is a subsidiary of PT Samudera Indonesia that focuses on shipping and logistics. The RSA arrived at YWTS’ yard at Tanjung Mas Port, Semarang on February 7, 2019. Condition checks prior to maintenance and repair were carried out since RSA arrived.

The purpose of the maintenance and repair of RSA Dr. Lie Dharmawan is none other than to keep the ship in top condition so that it is ready to serve the people of Indonesia every year. We would like to thank all donors and volunteers who have supported the continuity of the RSA program. doctorSHARE continues to develop various programs to create a healthier Indonesia.