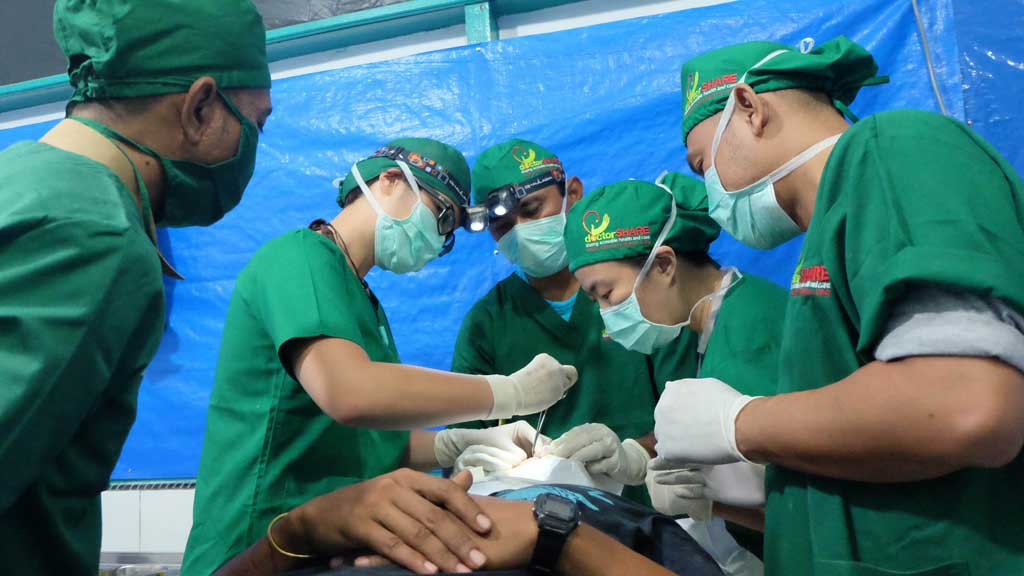 There were eight volunteers; six medical volunteers and two non-medical volunteers. On Friday (26/4) the team arrived in the Mentawai Islands by fast boat from Padang City. Once in Mentawai, the team immediately traveled to Sioban Village by land vehicle and prepared to conduct treatment and surgical screening for the following day.

In Sioban Village, the team treated 113 patients and performed minor surgery on 15 patients. On Tuesday (30/4) the team continued treatment in Mapaddegat Village with 36 patients. After that, the team moved to Siberut Island using a speedboat for approximately 2.5 hours.

Arriving on Siberut Island, the team served the community for two days on April 30 and May 1, 2019. On Siberut Island the team treated 182 general medicine patients and 34 minor surgery patients. Based on the medical service report, from three medical service sites, the total number of patients served was 331 general medicine patients and 49 minor surgery patients.
Cases treated during medical services in the Mentawai Islands included Lipoma, Atheroma Cyst, and Ganglion. The most common cases in treatment included Upper Respiratory Tract Infection (URTI), Osteoarthiritis, and Myalga.

After a series of medical services, the team attended a dinner invitation from the Siberut Health Center. Also present at the event was the Head of the West Sumatra Provincial Health Office, Dr. Hj Merry Yuliesday, MARS, who expressed his hope to conduct further medical services with doctorSHARE to areas that have more difficult access. “We can work together again to enter our farthest health center in Sarireket,” she said.

The surgeon in service in the Mentawai Islands, Dr. Caroline Supit, Sp.B said that the problem of the Mentawai people, especially on Siberut Island is access to transportation. “Indigenous people in the interior have to cross rivers with canoes to get to the health center, it would be better if we could reach there,” said dr. Caroline.