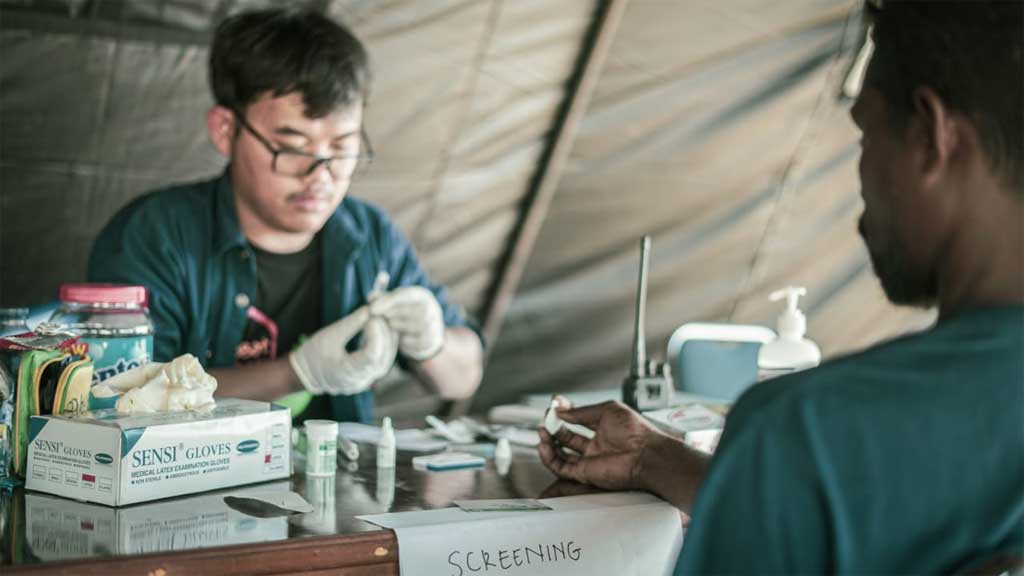 The selection of Poom District as the location of RSA dr. Lie Dharmawan’s medical services was based on several factors and considerations. Poom District is the farthest district from Serui, which is the capital of Yapen Islands Regency. There is no access to land transportation, only sea transportation, and it takes six to seven hours from Serui to Poom.

Transportation constraints are often faced by the community when going in and out of Poom. More daily needs are taken from Biak because the distance is closer than Serui. The crossing from Tiptop People’s Port, Biak only takes two to three hours to Poom. The Biak – Poom route was also chosen by the doctorSHARE volunteer team when they wanted to serve the community in Poom.

Poom II village was chosen to be the location of RSA dr. Lie Dharmawan because it is the center of community concentration in Poom District. Government offices, police, health centers, and community economic activities are centered in Poom II Village. There are a total of seven villages included in the Poom District area, six villages are on the coast of Yapen Island and one village on an island that is quite far away.

Access from village to village is faster through the sea route by motorboat or sampan. If using the land route, it will take a long time because you have to walk and make a detour. When mobilizing patients from Poom I, Serewen, Rarisi, Worioi, Makiroan, and Miosindi villages, it is also by sea. The limited transportation did not dampen the enthusiasm of the community to seek medical treatment.