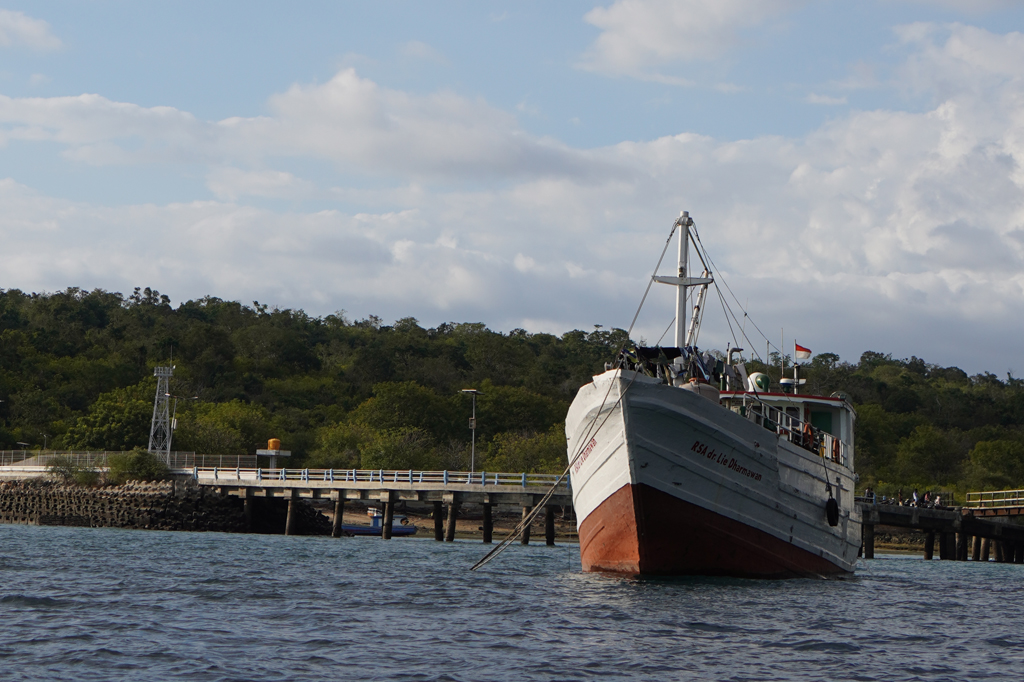 Dr. Lie Dharmawan, as the Founder and Trustee of doctorSHARE officially announced Thursday afternoon (17/6) that “bahenol”, another name for RSA dr. Lie Dharmawan, sank in the waters of Bima, NTB, around 14.00 WIT – Wednesday, June 16 yesterday.

“On the voyage from Kupang, NTT – to Torano, Sumbawa Besar, NTB in Bima Waters, the ship experienced a disaster until it sank,” said Lie. “We are currently investigating the exact cause of the accident,” he added. RSA dr. Lie Dharmawan actually just finished medical services on Semau Island, Kupang – NTT from June 7 – 14, 2021.

During the four days in Semau, a total of 311 patients were served in the form of general medicine, minor surgery, family planning, birth control implants, 3-month injections, tooth extraction, and Antenatal Care (ANC).

On June 15, the ship sailed from Tenau Port – Kupang to Torano, Sumbawa Besar – NTB, where the next medical service was held. Dr. Lie confirmed that there were no casualties due to this incident. “There were 6 people on board, all crew members including the captain of the ship. Thank God they all survived so there were no casualties,” said Lie. “They managed to save themselves using a skoci before finally getting help from the KM Niki Sejahtera passenger ship towards Surabaya,” said Lie.

Although the sinking of Dr. Lie Dharmawan’s Floating Hospital affects the programs that are being and will be run by doctorSHARE, Papi – Dr. Lie’s nickname, emphasized that the spirit of reaching remote areas of the country will never be extinguished.

“Humanly speaking, we are certainly very sad. However, I assure you that doctorSHARE’s spirit to help the little people remains strong,” said Lie. “We will rise and sail again with a new “bahenol”, with the second RSA dr. Lie Dharmawan in the near future,” he said again.

Since 2013, RSA dr. Lie Dharmawan has become a doctorSHARE icon that has sailed to various parts of the archipelago to serve friends. While sailing on a humanitarian mission, there have been thousands of people who have received medical services on this Hospital Ship.

Goodbye Bahenol, happy sailing to the eternal place. Your spirit of service will not be extinguished.