Update on the Construction of RSA Dr. Lie Dharmawan II

Jakarta, doctorSHARE – The disaster that befell RSA Dr. Lie Dharmawan / Bahenol (16/06/21) has moved the hearts and sympathies of all Indonesian people both from within and outside the country.

The design and cost plan for the Bahenol replacement RSA was made larger than its predecessor so that it was more spacious and able to accommodate the needs of patients of a type D hospital on land. 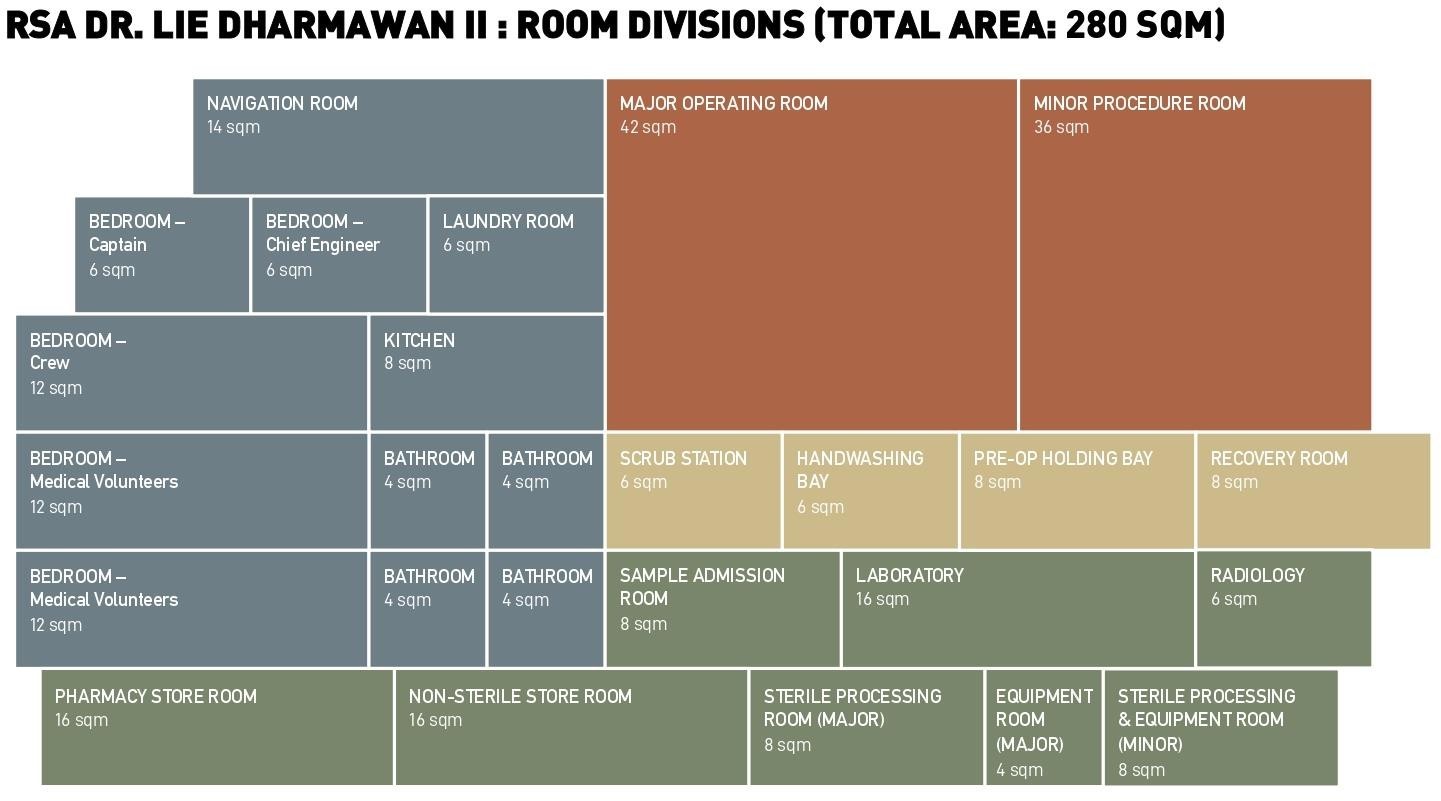 The overall length of the ship is 37.65 meters and is equipped with engines capable of carrying the ship at speeds between 8 – 10 knots, and will be operated by around 6 crew members. 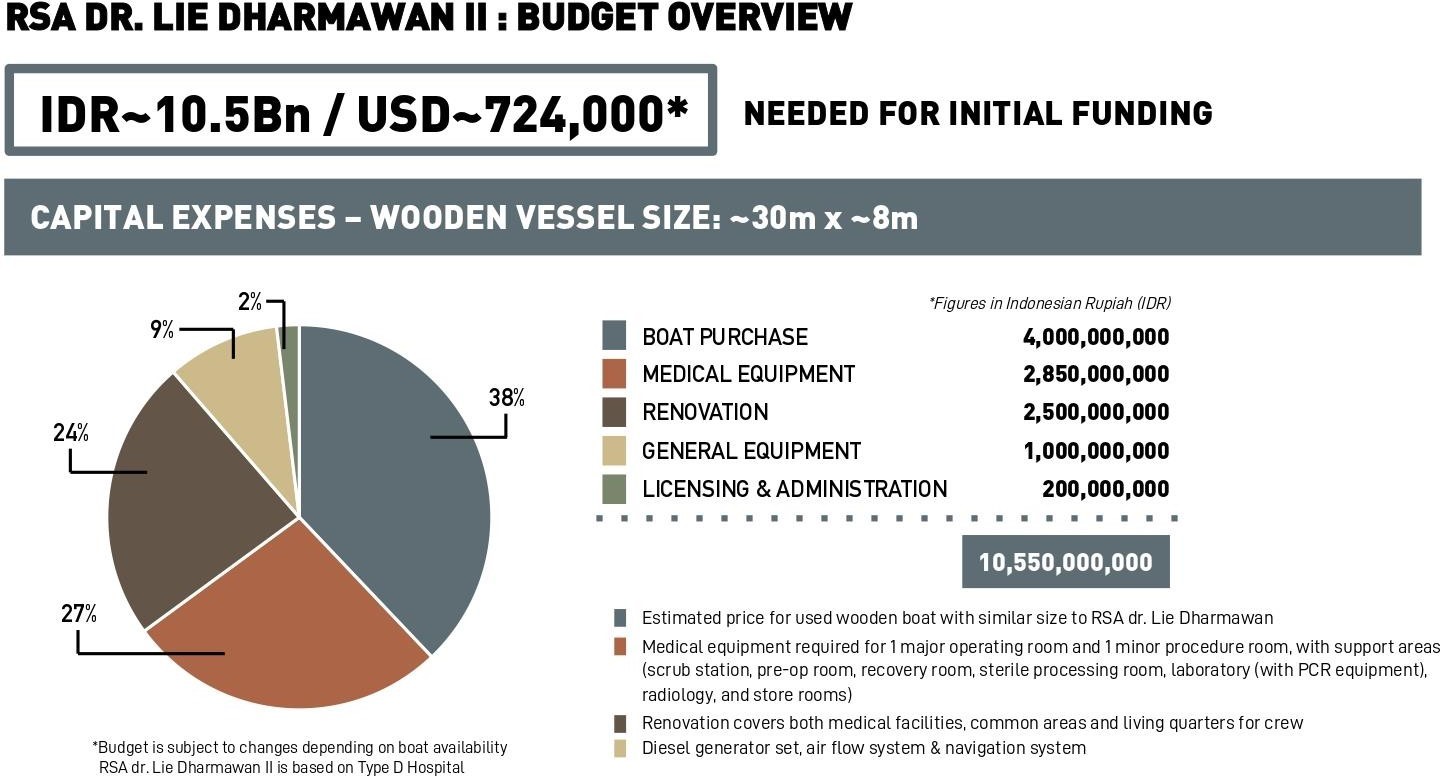 Since the end of August 2021, work on the new RSA has started in Tanjung Bira, Makassar. After about five months, the progress has now reached ninety percent (90%) or the exterior finishing stage of the ship. 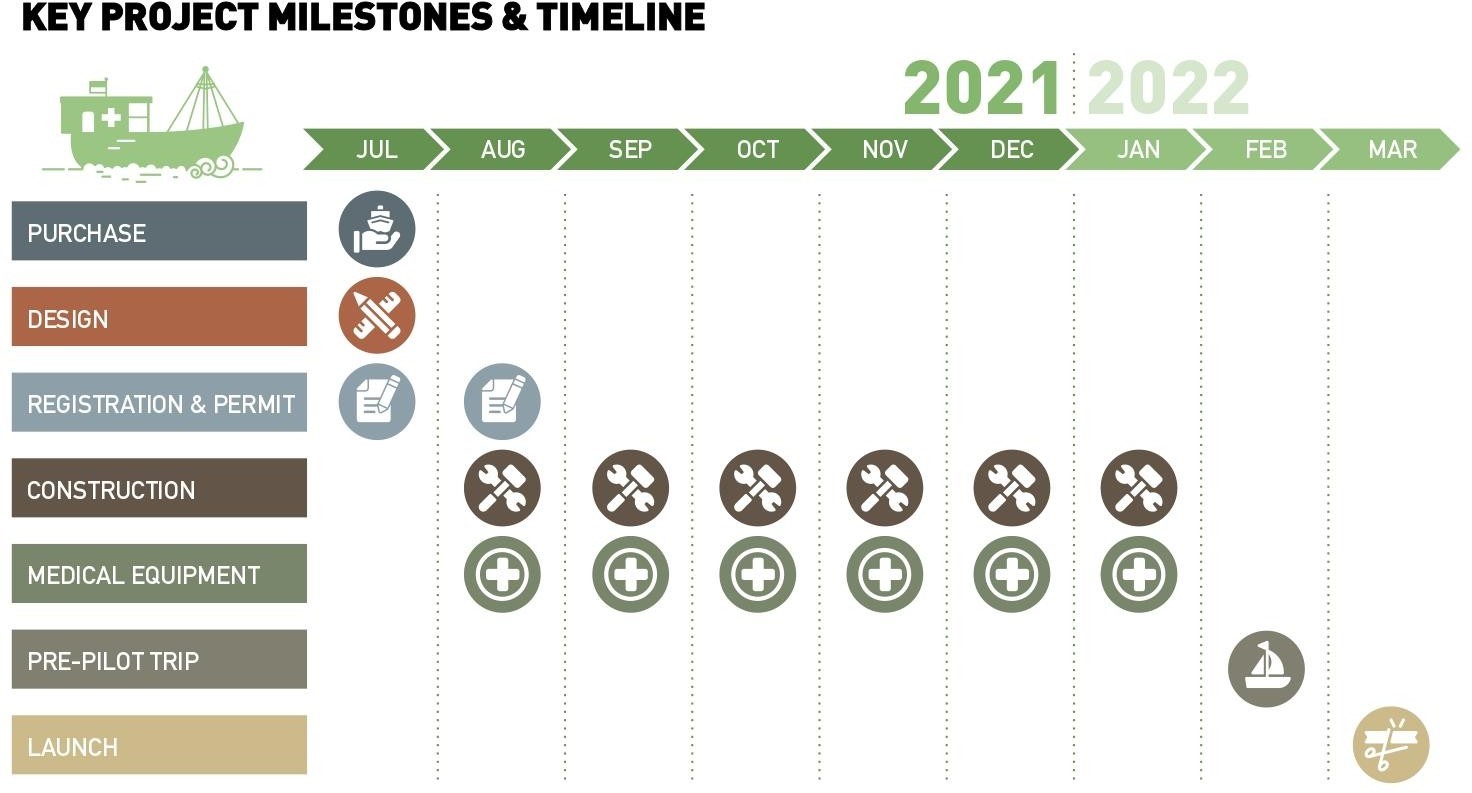 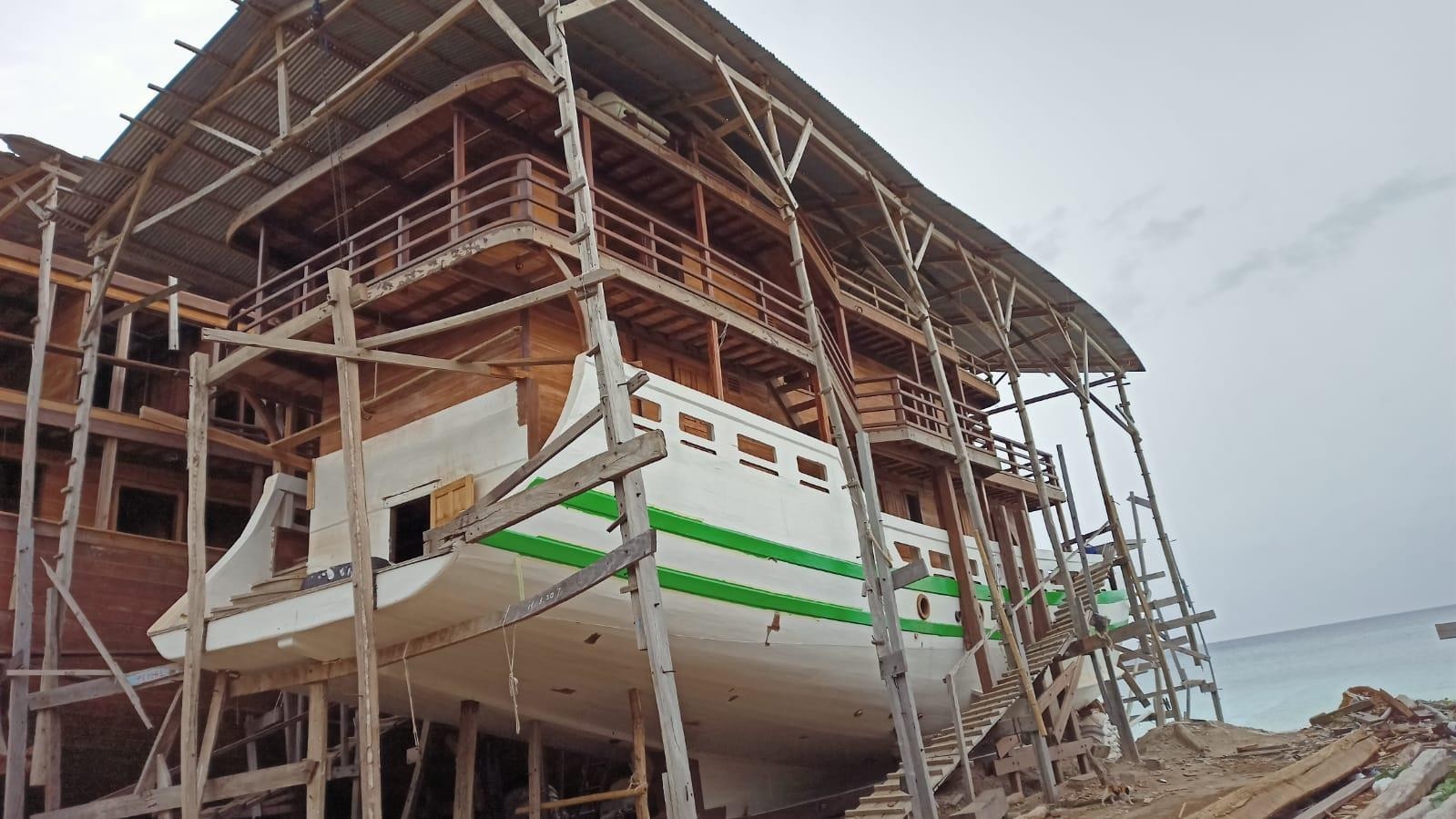 In mid-January 2022, it is planned to conduct a trial sail, while waiting for friendly weather to sail to Jakarta at the end of January 2022. Furthermore, in Jakarta RSA Dr. Lie Dharmawan II is planned to dock in Cilegon to carry out the process of installing medical equipment. 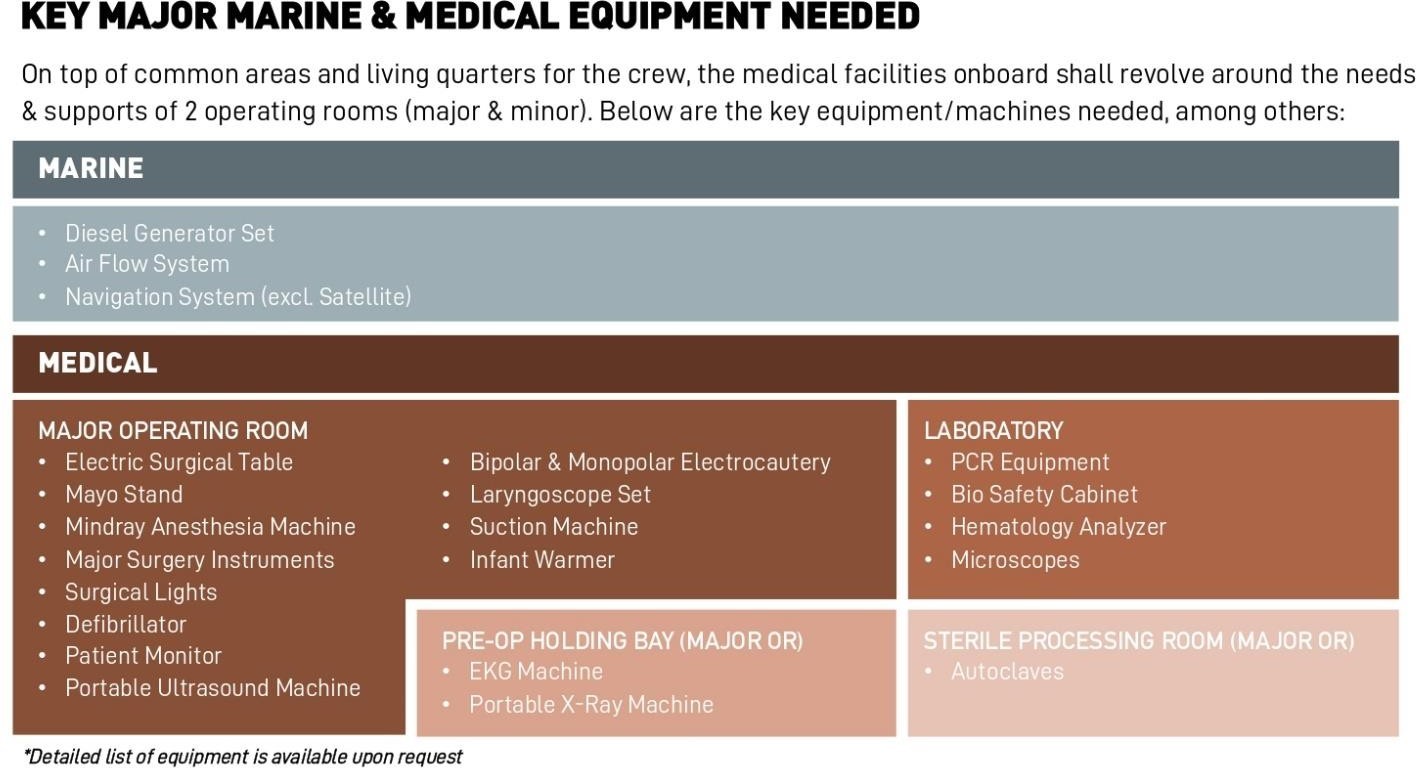 After the medical equipment installation process, RSA dr. Lie Dharmawan II is scheduled to start its first service in March 2022.

“I am happy that all the teams are working fast and really overseeing the series of new shipbuilding processes from the beginning until now,” said Dr. Lie. “I am optimistic that the target of the first service in March 2022 will be achieved,” he added.

“Thank you to all the donors who have donated and all the friends who have contributed in their own way,” said Dr Lie gratefully.