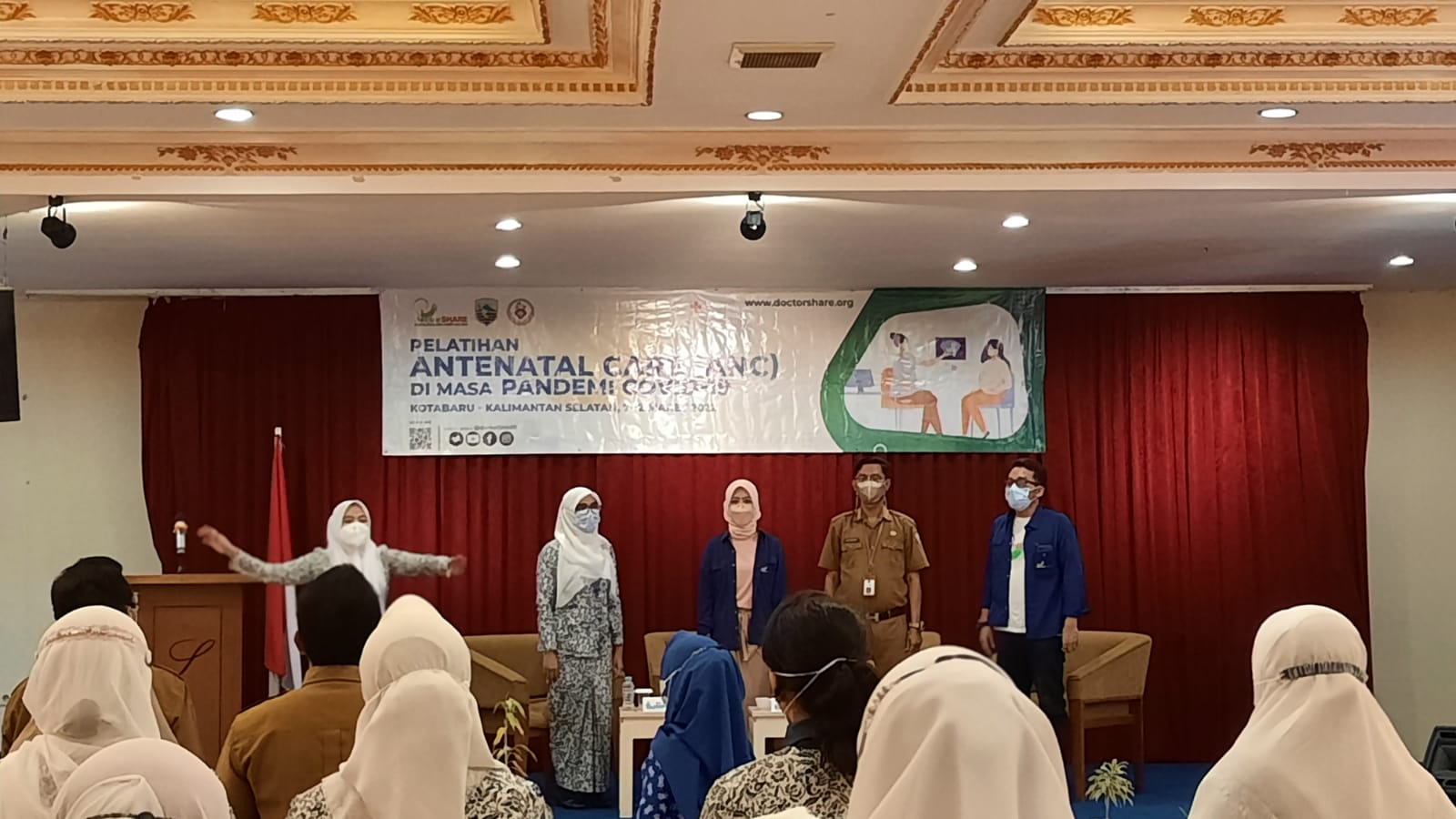 Kotabaru, doctorSHARE – In order to succeed the national health system target in reducing maternal mortality rate (MMR) to below 70 per 100,000 live births (KH) and ending infant mortality rate (IMR) to 12 per 1,000 KH by 2030, doctorSHARE launched Antenatal Care (hereinafter will be abbreviated as ANC) program in Kotabaru District, South Kalimantan for the next 6 months with the full support of Kotabaru District Government – through the Health Office and and Indonesian Midwives Association (IBI) Kotabaru branch.

ANC (Antenatal Care) itself is a pregnancy examination that aims to improve physical and mental health in pregnant women optimally, so that they are able to face the period of labor, postpartum, face the preparation of exclusive breastfeeding, and the return of reproductive health naturally.

Interestingly, this ANC program was designed as a continuation of maternal and child health (MCH) promotion that had previously been conducted by doctorSHARE’s Nusa Waluya II Floating Hospital (RSA) in 3 months (10/21 – 12/21) of basic and advanced medical services in Kotabaru. During the three months, the doctorSHARE team managed to provide medical services to 5,637 patients and mass vaccination of around 1045 doses to a number of areas where people have not received vaccination services.

For doctorSHARE, the continuous attention to maternal and child health issues through RSA Nusa Waluya II and the ANC program is a form of active participation to meet the targets of the national health system to reduce maternal and child mortality.

Therefore, this ANC program has a long-term target to reduce maternal and child mortality rates, both in Kotabaru and in Indonesia in general. Through mentoring and a series of trainings, it is hoped that health workers (midwives and cadres) will experience increased capacity so that pregnant women can feel and carry out independent activities for their pregnancy health, such as pregnant exercises and food processing made from local food.

At the opening of the ANC program this time doctorSHARE directly presented 4 experienced national facilitators from Teman Lahiran to provide training for the next one week to the participants. This was welcomed by the Kotabaru Regency Government as well as by the trainees.

“We are very happy for doctorSHARE’s initiative in holding this ANC program. We here really need this kind of assistance and capacity building, and thank you for being directly facilitated by national facilitators,” said Arya Nor Abdi.SKM.MM representing the Head of Kotabaru Health Office.