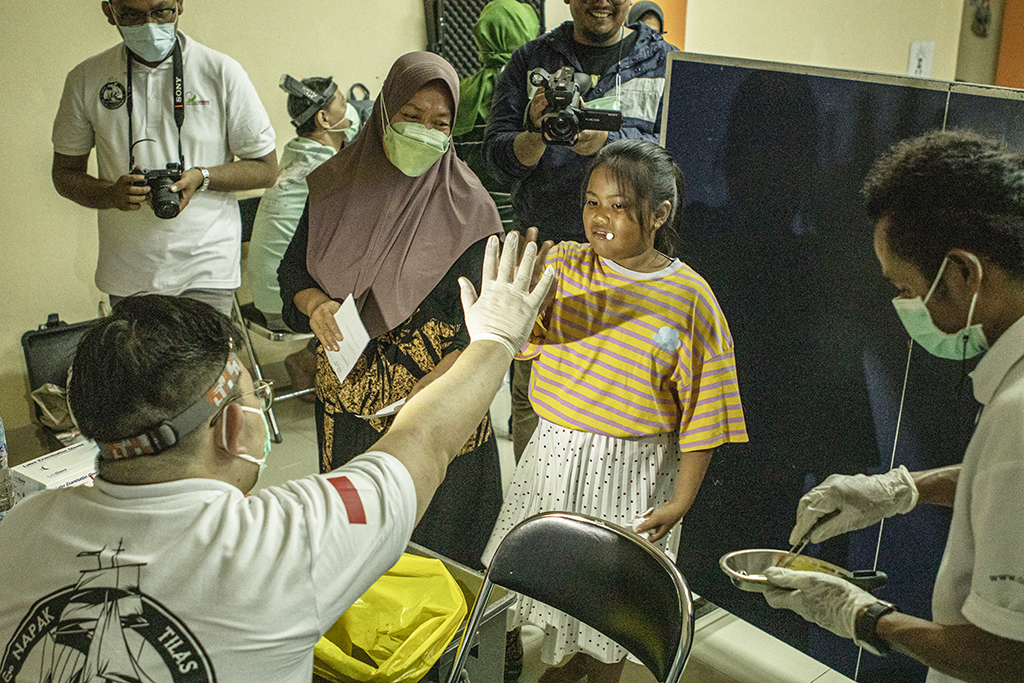 doctorSHARE, KEPULAUAN SERIBU – After almost a year of waiting, the Floating Hospital (RSA) dr Lie Dharmawan II finally started its maiden voyage, this week. This moment became so special and emotional because it was full of memories and empathy.

Full of memories because the medical service with doctorSHARE volunteers this time is an effort to continue the mission of its predecessor RSA dr Lie Dharmawan, familiarly called Bahenol. Bahenol was previously shipwrecked on June 16, 2021 in the Sape Strait while sailing to provide medical services to the community in Sumbawa Island, NTB.

The shipwrecked Bahenol has been accompanying the struggle of doctors and health workers to serve islanders in Indonesia for years. The service as well as a footprint in memory of Bahenol this time was carried out on Panggang Island, Kepulauan Seribu on September 8-10, 2022. The footsteps were taken before the RSA traveled to a number of islands in Indonesia.

“We also want to remember Bahenol. Dr Lie Dharmawan’s RSA was shipwrecked a year ago, but our passion for services to reach remote areas of the archipelago still burns in our hearts,” said Doctor Lie enthusiastically on the sidelines of a series of footprint events at Muara Angke People’s Harbor, North Jakarta. The 76-year-old doctor and the board of Yayasan Dokter Peduli (doctorSHARE) warmly welcomed every guest who came to the RS Apung phinisi ship.

Present at the event were Minister of Law and Human Rights Yasonna Laoly who is also a doctorSHARE board advisor, Head of RSPAD, Lieutenant General TNI dr. A. Budi Sulistya, Former Head of BNN – Commissioner General (Ret.) Togar Manatar Sianipar who is also a doctorSHARE board advisor, donors, religious leaders, and volunteers. “This is a sign that RSA loves Merah Putih by serving others in the islands,” added Dr. Lie.

“Thank you to all those who made all this possible for a healthy Indonesia, which recovers faster and rises stronger,” said Dr. Lie at the closing of the entire series of activities.