Nutmeg and the Life of the Banda People 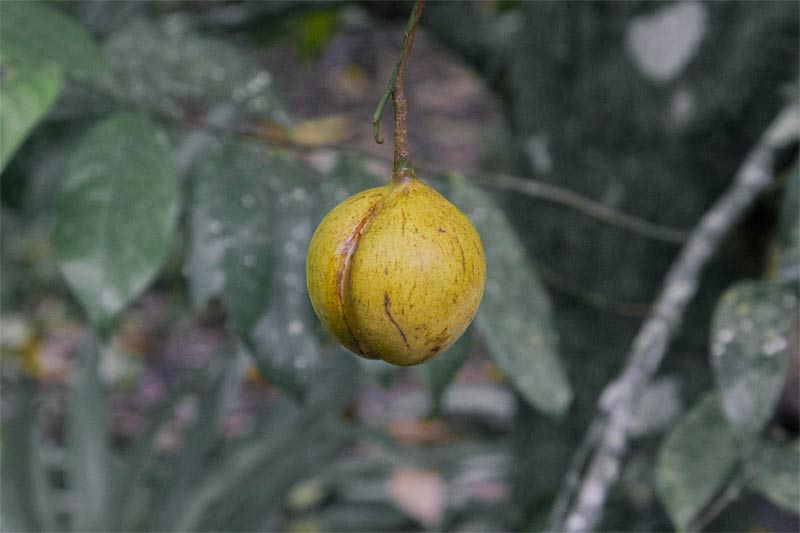 Nutmeg in the Banda Islands, Maluku has become part of the community. From snacks to liquor, nutmeg can be processed. Everyone takes part in the industry, from plantation owners to hawkers.

Banda was once victorious with nutmeg, to the point that it was once colonized by the Dutch because of nutmeg. At that time Banda was known as the only spice producer in the world. “But not as good as Banda nutmeg,” said Pongky (61), the owner of the largest nutmeg plantation in Banda Regency.

According to Pongky, the only region that can rival the quality of Banda nutmeg is Aceh. But Aceh processes its nutmeg when it is still young. Most of it is made into oil. While in Banda, nutmeg of various ages is processed into various products.

Young nutmeg is used as oil. The nutmegs are all put in hot water which evaporates them into oil. According to Pongky, only 10% of the total raw materials are turned into oil. This is why the price of nutmeg oil soars. Ponky monopolizes the nutmeg oil commodity in Banda.

Meanwhile, the ripe ones are made into various types. The flesh is cut into small pieces and soaked in salt and sugar to make candied nutmeg. The flesh can also be boiled and cooked with sugar until thick. This kind of preparation will produce nutmeg jam.

Or the nutmeg can be soaked in water and fermented to produce alcoholic content, making nutmeg syrup. This one cannot be taken outside Banda by airplane, as it is considered unauthorized liquor. Meanwhile, the seeds can be ground into a natural food preservative. The red membrane that coats the seeds is used as a cooking spice, which is the most expensive.

Germans come to Banda most often. They are not only traveling but also conducting research and development on nutmeg. According to Mei Usman (55), the recipe for nutmeg jam and juice in Banda originated from the Germans.

“In the past, we (the people of Banda) were only able to make sweets,” she said.

People believe nutmeg has many benefits. Nutmeg oil, for example, is believed to have a relaxing effect on its users. It is often used as a cure for insomnia. Although rarely does anyone buy it for that purpose, because the price is very expensive. Nutmeg oil is more widely used as a raw material for cosmetics or perfume.

Nutmeg also has a lipase enzyme that can increase appetite and improve digestion, especially if you drink nutmeg syrup, the alcohol content in the syrup will make digestion bablas can be up to diarrhea. But nutmeg syrup is also believed to treat gout and rheumatism.

Then nutmeg gives a warming effect like ginger and cloves. It can help improve blood circulation and expel gas in the body. This is one of the reasons nutmeg was fought over by Europeans.
Plus, nutmeg can treat nausea and vomiting. This yellowish-colored fruit is perfect for taking to sea. Or nowadays, a long-distance travel companion for those with transportation sickness.
Hundreds of years ago, the Dutch also exploited nutmeg in Banda for health. At that time, nutmeg was used as a medicine for the plague that was epidemic in Europe. As a result, the price of nutmeg rose tenfold.

The good thing about nutmeg is that it doesn’t spoil easily. Instead of getting stale, nutmeg is often used as a preservative. While other fruits spoil within days, nutmeg can last for weeks. Hundreds of years ago nutmeg was even used as a natural food preservative instead of refrigerators and chemicals.
So is there really no other choice but to grow nutmeg? Actually, there is, but the large population of wild boars is the main problem. People dare not plant crops because they are often trampled and destroyed by pigs. Wild boar pests are uncontrollable because no one can catch and handle them. Banda residents prefer to avoid wild boars and plant nutmeg instead.