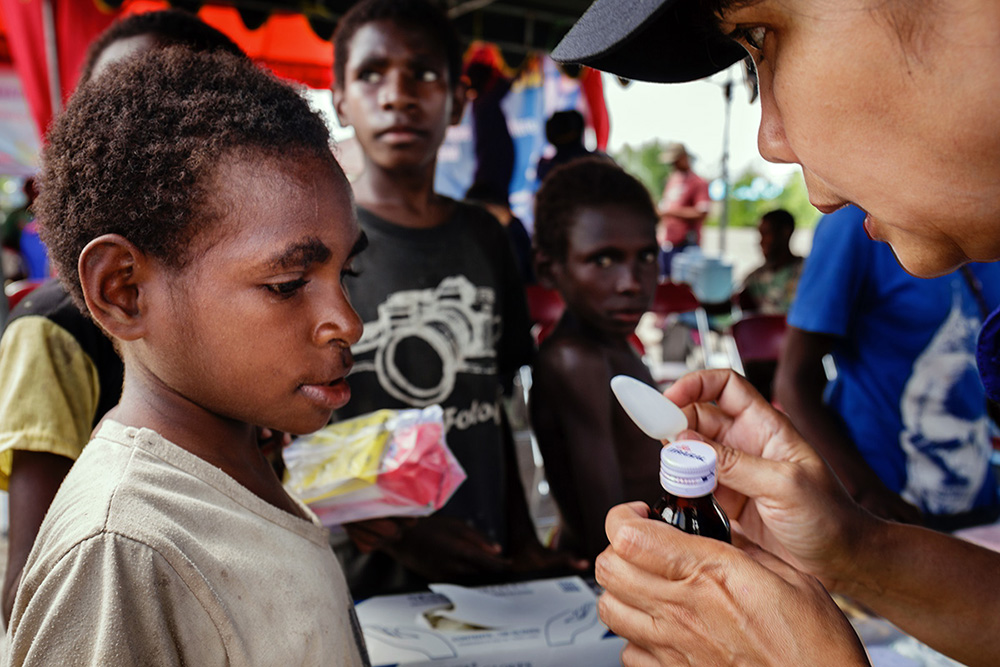 The doctorSHARE team arrived at Pomako Port, East Mimika District, Papua on Monday (30/4) and continued their journey to Agats, Asmat Regency, Papua. This medical service was not only held in Asmat, but also in two other places, namely Pomako Port and Kwamki Narama Village, Mimika.

On May 2 – 8, 2018 the team carried out general medical treatment, minor surgery, and major surgery at the Atsy Health Center and Agats Port, Asmat, Papua. Based on the records, the total number of patients for general treatment and minor surgery was 713 patients.

Director of Papua Police Waters, High Commissioner Yulius Bambang Karyanto said that the team involved in this activity had good cooperation. “Hopefully in the future, the relationship that has been maintained can continue continuously,” said Yulius Bambang.

The medical service activities in Papua ran smoothly thanks to the support and cooperation of various parties. “Hopefully next year we can do more long term services for Asmat, you (doctorSHARE’s Asmat medical service team) will continue the struggle,” said doctorSHARE Founder, dr. Lie Dharmawan to the team during free time in the operating room.