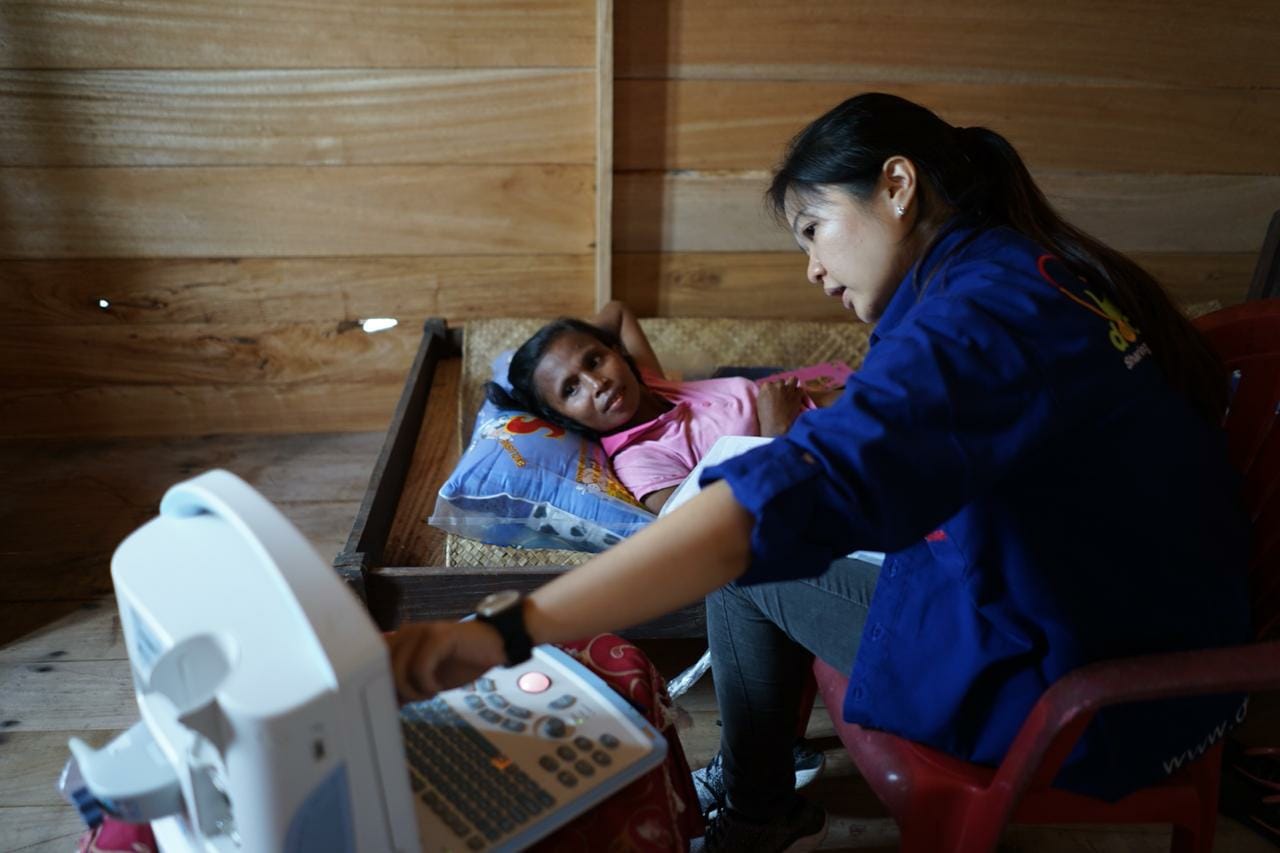 The doctorSHARE volunteer team carried out medical services in the Kei Besar Island area, Southeast Maluku Regency. 16 volunteers, both medical and non-medical, participated as team members and served the community for three days, on October 22-24, 2018.

On the first and second day, the treatment was conducted in the area of doctorSHARE Kei Besar Nutrition Center (PRG) which is about fifteen minutes away from Elat Harbor. Meanwhile, on the third day, the team traveled about 90 minutes to the next service location in Ohoi Kilwair.

The Field Coordinator of Kei Besar October 2018 Medical Services, Dr. Angelina Vanessa, said the reason for choosing the location at the Nutrition Center was because it was also a place to introduce PRG, which has only been operating again in the last three months.

“After two years of vacuum, the center has been running again since July 2018. So, let’s let everyone know that the Nutrition Care Center is effectively operating again,” she added.

Until the last day of medical services, Wednesday (10/24), there were a total of 585 patients who came for treatment or consultation. The General Medicine Center reported the highest number of patients compared to other services. The number of patients on the first, second, and third days were 149, 161, and 163 respectively, or a total of 473 people, equivalent to 80% of the total.

Meanwhile, Dr. Lisa Kriestanto, Sp.OG., who was in charge of conducting Pregnancy and Gynecology Examinations (obgyn) received a total of 30 patients, with eight of them only consulting. The graduate of specialist education in the Philippines explained that one of the toughest obgyn cases was a suspected myoma in the uterus of a mother aged around 50 years.

“She has a history of bleeding, has been going back and forth between obgyn specialists in Tual and was recommended to remove the uterus at Ambon Hospital because she also indicated heart disease,” he explained.

Next, the dental clinic reported 53 patients, most of whom had pulp gangrene. This condition occurs when the pulp (the cavity in the center) of the tooth becomes inflamed or even dies. As a result, many teeth had to be extracted.

“There were 60 teeth extracted. But the children were braver than the adults. Three adult patients were in shock,” said drg. Astrid Santoso to the doctorSHARE media team.

Unlike the three health services above, minor surgery was only conducted for two days, except for the third day. The total number of patients treated was 29 with various cases of lumps on certain parts of the body. In this case, two doctors who were taking surgical specialist education at Sam Ratulangi University Manado directly helped patients.