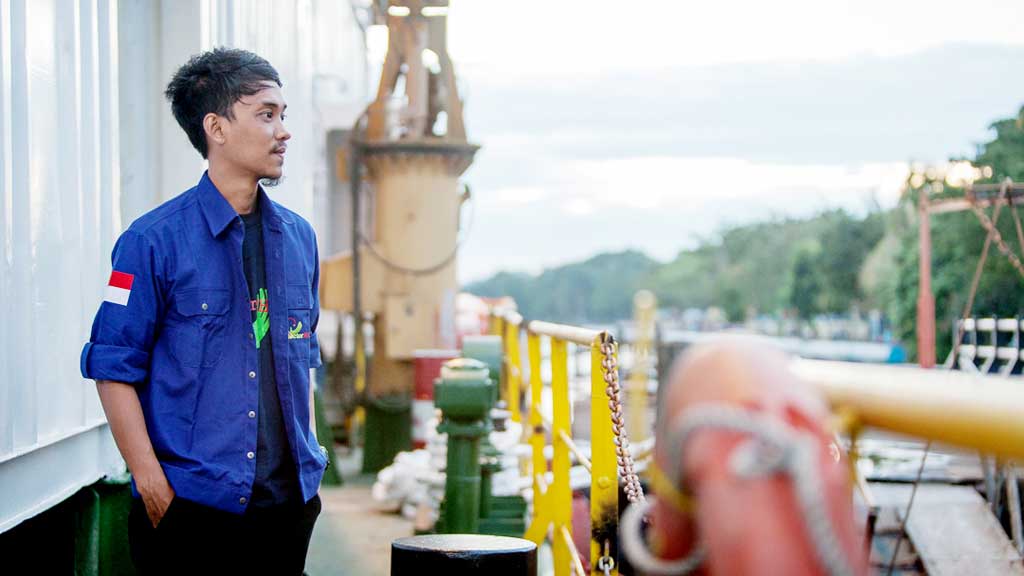 Since I was in high school, I have often hoped to be a useful person for others. The various knowledge gained from school to college, became the main capital to smooth out what became a big mission in my life. Until on one occasion I saw a photo upload from my friend’s social media account, Panji Arief Sumirat. I wondered what he was doing because the uploaded photos were taken from various regions in Indonesia.

After asking around, I found out that he was a media volunteer at a humanitarian foundation called doctorSHARE. From there I started to find out more about doctorSHARE. Finally, I was tempted to “travel” with doctorSHARE. Yes, I call it “traveling” because every time there is a medical service activity, the volunteers are sent to a place that the general public cannot necessarily visit. This is a very useful “trip” because it can simultaneously channel the mission I mentioned in the initial paragraph.

Long story short, I was allowed to join doctorSHARE as a volunteer in mid-2017. To date, I have participated in four medical services with doctorSHARE. As a 2013 graduate of Pasundan University Bandung’s Photography and Film Study Program, I had the opportunity to become a media volunteer. My job is to document the activities, the people, and tell stories at each doctorSHARE medical service location.

Four times I participated in medical services, four times I was involved in “drama” in each medical service. By drama I don’t mean a fictional story that is packaged in an action. The drama I mean is that there are always unexpected things during medical services. My first medical service was a very memorable trip. It was in Mayau Island, Ternate, North Maluku with the Floating Hospital (RSA) Dr. Lie Dharmawan.

The trip to Mayau Island using RSA took about 16 hours. On the way back, the RSA was hit by a strong storm, I immediately surrendered to fate if something happened. Prayers continued to be said from the volunteers until finally there was help from a Hong Kong-flagged ship. My second trip with doctorSHARE was to Banda Naira, Maluku. A sense of excitement enveloped me when I got the opportunity to participate in medical services in Banda Naira, an island famous for its history and natural beauty.

The excitement was interrupted when I arrived in Ambon and received news of high waves so that the ship to be ridden canceled its trip. After looking for alternatives, the trip was finally continued by a small airplane owned by the Air Force with a capacity that was very suitable for the number of teams at that time 17 people. The luggage available was very limited, the team decided to bring makeshift supplies, including a change of clothes and I only brought two sets of clothes for five days in Banda Neira, the rest were left in Ambon.

The third experience with doctorSHARE took place on one of Indonesia’s outermost islands, Kisar Island, Southwest Maluku. The journey to Kisar was taken by a small plane with a capacity of 12 people from Kupang and Ambon. Limited access to transportation made the team divided into two groups, from Kupang and Ambon. I heard the news that the plane from Ambon was damaged and the flight was canceled, thus failing to bring seven volunteers.

The eight volunteers who departed from Kupang finally arrived first. The activity plan was changed immediately due to the lack of volunteer personnel. With the help of local medical personnel, the team continued to provide medical services to the people of Kisar Island. The fourth or last trip until this article is published, I joined the medical service team in Muara Kaman, East Kalimantan. This was the first medical service in doctorSHARE’s third hospital, RSA Nusa Waluya II.

The test for the team still occurred in this medical service, high rainfall made the water level of the Mahakam River rise. The RSA could not pass through several bridges. A solution was found when the RSA received permission to dock in Samarinda and patients were mobilized from Muara Kaman to Samarinda by speedboat and ambulance. There is always a way out for me and other volunteers when we want to do good for others.

Maybe I’m just a “photo or video taker” and can’t treat people, but I’m sure this is Allah’s answer as a way to be useful for others. The conditions I see in the field, that’s what I tell through the medium of photos and videos. I hope the information I share can be useful for others. Adding gratitude to people who are still in good health and have easy access to health.