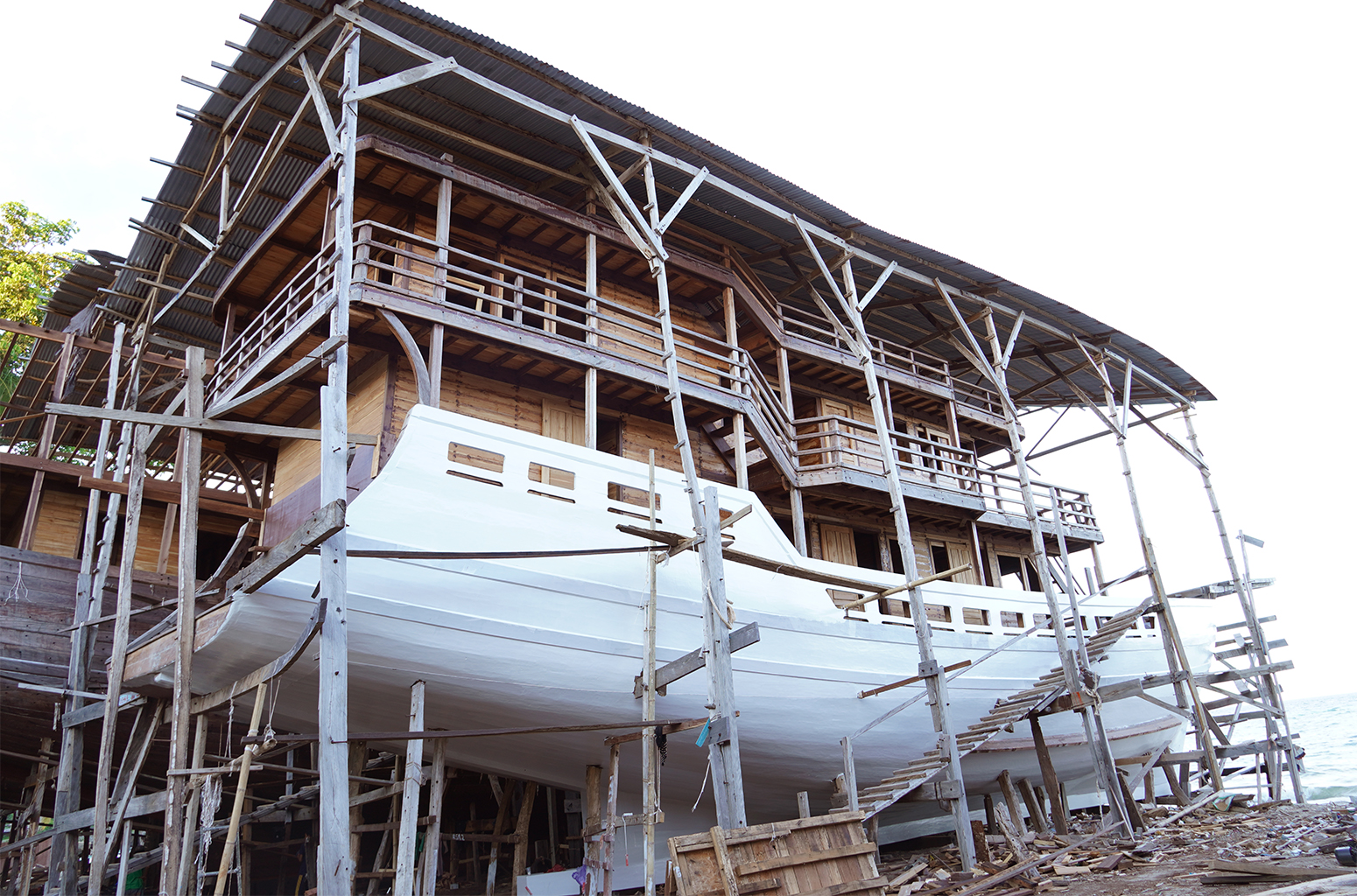 Practicing that spirit and with the support from various parties, the Bahenol replacement hospital ship is currently under construction. The construction of this pinisi-shaped floating hospital is carried out at the shipyard in Tanjung Bira, Bulukumba, South Sulawesi and has been carried out since last July.

Currently the work process has reached 70% with the focus of work on electrical installation, procurement of ship interiors and procurement of Auxiliary Engines or electricity generators and room finishing. The overall length of the ship is 37.65 meters and is equipped with an engine capable of carrying the ship at speeds between 8 – 10 knots, operated by 6 crew members (ABK).

The facilities prepared include major and minor operating rooms, pre-post surgery rooms, laboratories, radiology, pharmacy, patient examination rooms, resuscitation rooms and accommodation for medical personnel and crew. The facilities in this floating hospital are at the same level as a type D hospital on land. The construction of the new RSA dr Lie Dharmawan is estimated to cost Rp 10,550,000,000 (ten point five billion rupiah). The cost includes the purchase of vessels, purchase of medical equipment, general equipment, as well as administration and licensing.

“I am pleased that the Bahenol replacement RSA is almost completed in Bulukumba. Our team is intensively monitoring the process in the field,” said Dr. Lie enthusiastically.

It is planned that Dr. Lie Dharmawan II Floating Hospital will be brought to Jakarta in January 2022 to install medical equipment. Meanwhile, the first service is planned to begin in March 2022. “If everything goes according to plan, then in December 2021 or January 2022 the ship can be towed to Jakarta for room setup, installing medical equipment, and installing other supporting facilities. In March, we hope that Bahenol II will start sailing,” said Dr. Lie optimistically.

In doctorSHARE’s agenda, after RSA Dr. Lie Dharmawan II is completed, there will be one more ship (iron) with a larger size and one tugboat – supporting RSA Nusa Waluya II which is a barge.

To all donors and all parties who have been involved in realizing this new floating hospital, we thank you very much. doctorSHARE ensures that all your donations and support will be used to improve the health of the Indonesian people, especially our brothers and sisters in the 3T areas.

Yayasan Dokter Peduli (doctorSHARE) is a non-profit humanitarian organization that focuses on health care and humanitarian aid. doctorSHARE provides access to holistic, independent and impartial medical assistance to communities most in need.

From 2009 to 2019, doctorSHARE operates 4 flagship programs including: the operation of 3 Floating Hospitals; flying doctor services to remote areas; long-term programs such as the Nutrition Care Home in Kei and TB Clinic in Sentani; and medical services for vulnerable communities in urban areas and those affected by disasters.