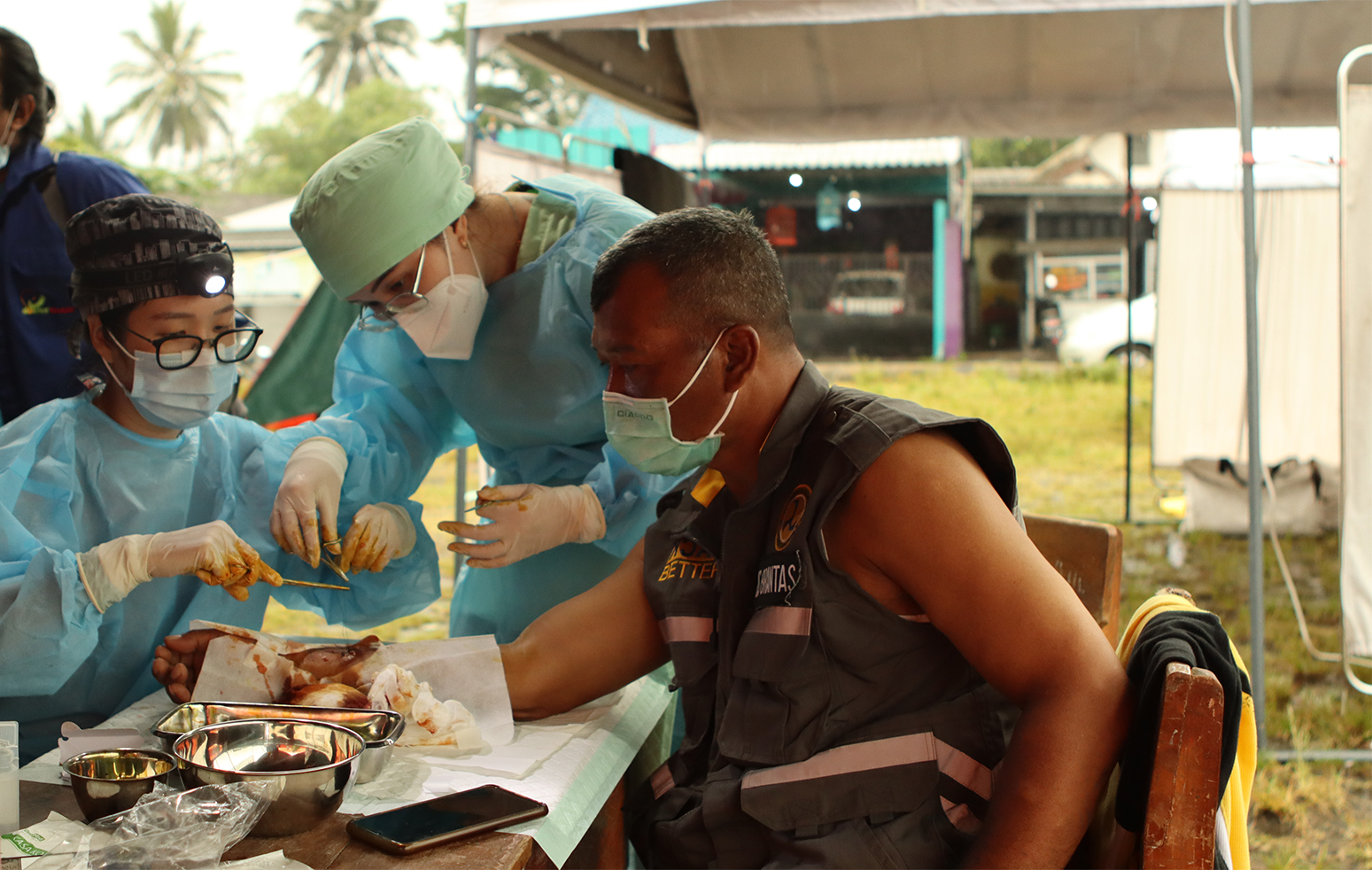 Grief enveloped the people of East Java at the end of 2021. The highest mountain on the island of Java, Semeru, released a fairly large Abortion Hot Cloud last (4/12). The eruption of mounth semeru released avalanches of hot clouds to cold lava which caused severe damage and manya casualties.

For this reason, as many as 8 doctorSHARE disaster response volunteers were dispatched to Lumajang, East Java, to help friends affected by the disaster. The 8 volunteer teams include 4 general practitioners, 2 nurses and 2 non-medical volunteers.

In the 8-day visit/medical service, there were a total 0f 434 patients including minor surgery which were successfully performed, with the most diseases including ARI (Acute Respiratory Infection), Myalgia, Dyspepsia.

Appreciate to volunteers, donors and all parties involved. The hope is that all affected residents will soon rise again to raise back a brighter tomorrow.