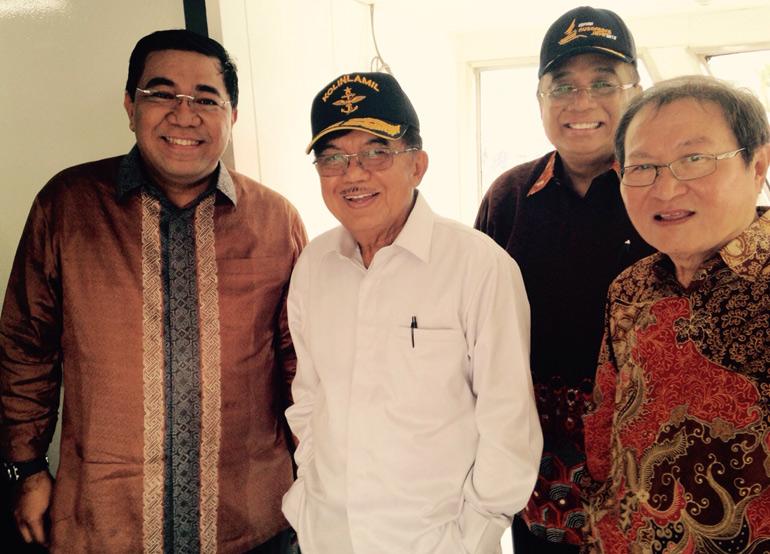 RSA Nusa Waluya I is a joint collaboration between doctorSHARE and EKADHARMA. Modeled after doctorSHARE’s first floating hospital, RSA dr. Lie Dharmawan, it will be used to bring healthcare to those living in areas with little to no healthcare facility. Its route will focus on underdeveloped areas, national border regions, and remote or isolated islands.

doctorSHARE’s first floating hospital, RSA dr. Lie Dharmawan, is a simple wooden ship. It served as a prototype to gauge the potential benefit such floating hospitals can bring to areas with poor healthcare infrastructure. Despite its simplicity and limitation, RSA dr. Lie Dharmawan managed to help over 10,000 patients, and deliver over 500 surgeries, within just two years of its operation.

The Indonesian government plans to adopt the floating hospital model to help serve those in remote areas without adequate healthcare facility. However, the blueprint needed to govern the system of floating hospitals/clinics does not yet exist.

The presence of a floating hospital network can be part of the solution to the unique healthcare problem faced by Indonesia, an archipelago of over 17,000 islands. This is what motivates doctorSHARE to pioneer the practice of floating medical services.

The launch of RSA Nusa Waluya I, the 2nd such floating hospital, is a proof of doctorSHARE’s commitment to improve the floating medical service system. In addition, the hospital will be used to pioneer a pilot project that tests a new system on a few islands and/or villages with limited healthcare access.

This system seeks to actively involve local residents to identify local cases, such as: malnutrition, high-risk pregnancies, etc. In collaboration with local governement health offices, this data will then be used to evaluate the effectiveness of healthcare reach to local communities.

This pilot project will serve as a blue print, for referral and evaluation by Indonesia’s Ministry of Health, to improve island based medical services. This can later be scaled for adoption at the regency or province level, specifically by administrative areas where a large number of the population resides in remote islands.

Ekspedisi Nusantara Jaya 2015 emphasizes “connectivity in frontier, remote, and border area islands”, which is in line with doctorSHARE’s focus on providing healthcare access to those in remote areas. This similar vision makes this event the perfect venue to launch RSA Nusa Waluya I.

RSA Nusa Waluya I inaugurated by the vice President of Indonesia, Drs. H.M. Jusuf Kalla, attended by dr. Lie Dharmawan, PhD, FICS, SpB, SpBTKV, the founder of doctorSHARE I. RSA Nusa Waluya I is a gift from doctorSHARE and EKADHARMA as part of our contribution towards the fulfillment of a healthy Indonesia. (***)