Flying Doctors, an Oasis in the Land of Papua 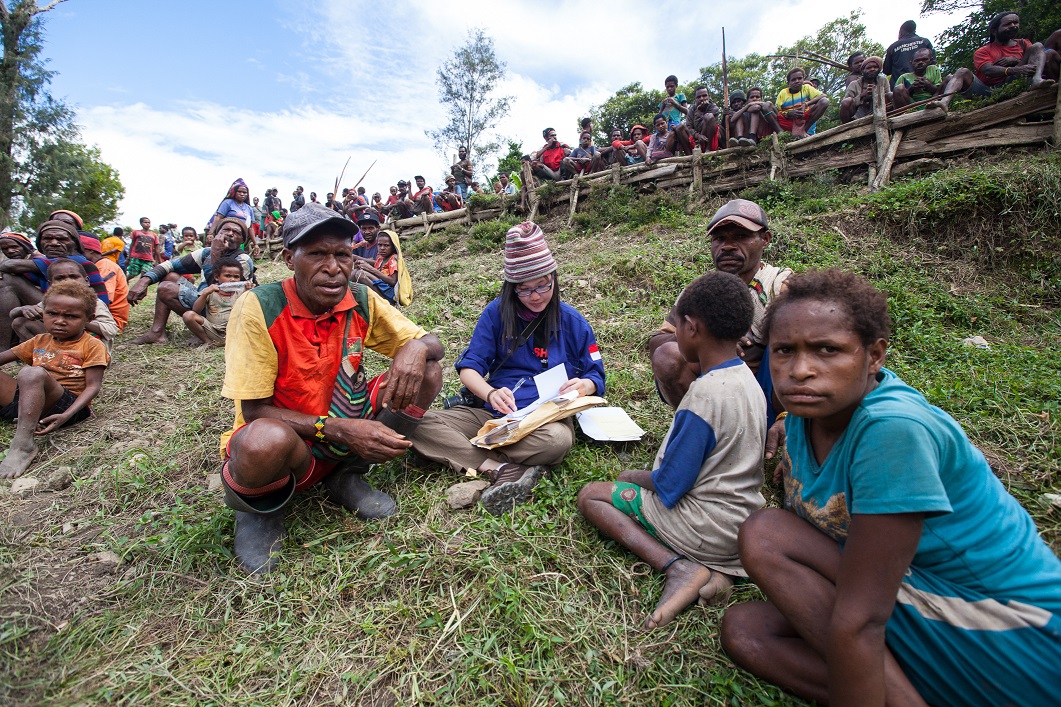 June 2015. I couldn’t believe that I was in a country called Indonesia. After a long flight from Jakarta to Timika, we traveled to the capital of Intan Jaya Regency, Sugapa, on a pioneering plane that was so cramped. So narrow that eight of us had to sit on top of each other while enduring dizziness and motion sickness.

The 600-meter-long runway was the only asphalt road in Sugapa District. As planned, we headed to Gagemba Village to carry out medical services for a few days there – by ojeg vehicle. It took almost two hours to reach the village.

My hands were bleeding from holding on tightly to the motorbike as it swerved to avoid ravines, through the forest, up steep cliffs with clay soil, and several times across rivers.

As we approached the first day of medical services in the form of general treatment and minor surgery in Gagemba Village, a religious leader in a choked voice delivered a short speech that in the 70 years of Indonesia’s independence, doctors had never been there.

We, the Flying Doctors team from doctorSHARE (Dokter Peduli Foundation) consisting of a specialist doctor, two general practitioners, a nurse, and two non-medical volunteers, were the first medical team to arrive.

When assisting with the registration of minor surgery patients, I was surprised to find that many residents could not remember their date and year of birth, and could not even read or write because they had never been to school. Intrigued, I asked through a local translator what they usually do when they are sick. The answer is only one: surrender.

There is a health center in Sugapa, but residents of other districts have to walk for hours or even days to reach the location, even if the sick person is still strong enough to walk through the rough terrain. It is not uncommon for people to die on the way. The health card provides free medical treatment but the lack of access is a much more serious problem.

Many people die in vain from diseases that may be “trivial” for residents of big cities, namely infections due to wounds from stones, ulcers or being bitten by pigs. Mothers are even accustomed to the death of their toddlers. Seven children die two, eight children die three, and so on, a fact that is truly sad.

Another sad sight is the children with distended bellies due to worms and the perpetual snot that keeps coming out of both nostrils. When given deworming medicine, they immediately transfer it to their dirty, dirt-covered hands before drinking it by gently squeezing it with the other side of their dirt-covered hand.

Community leaders talked about the many lives lost due to limited access to health care. People have to walk for days or even up to a week to reach the capital city of Sugapa. There are no nurses or midwives, let alone doctors. They believe that a person falls ill due to a plague or curse from the mountain demons, so the sick person just resigns himself to waiting for his death.

Obtaining medical services in the nearby big cities of Timika and Nabire is almost impossible. A resident would have to pay around three million rupiah one way, not including the cost of lodging, food, and daily needs while in the city.

Indonesia’s 70 years of independence have apparently not been fully enjoyed, especially by residents of very remote areas such as the central mountains of Papua. No wonder our presence made them so excited.

During a medical service in Gagemba Village, a tribal chief told me that never in history had so many different tribes come together. Papuans have longed for this oasis for too long.