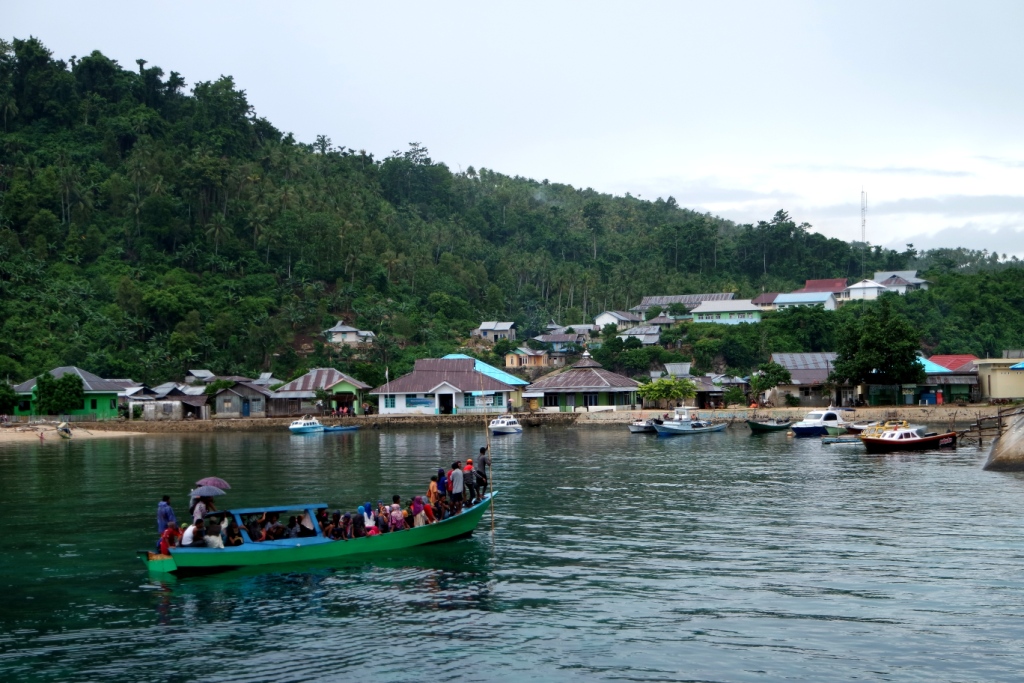 From the 17th to the 24th of July 2016, a team from doctorSHARE was on a medical service mission with the Floating Hospital “Dr. Lie Dharmawan” (Indonesian: Rumah Sakit Apung, RSA) at North Halmahera, North Maluku. The RSA docked at Dama Harbour on Doi Island. The characteristics of the Indonesian archipelago in this area force people to use mainly water transportation.

During the mission, 598 patients, who came for a general check-up and treatment, were registered. Most of them complained about muscle aches, gastritis, respiratory disorders, and also high blood pressure (hypertension).

The total count of patients registered for major surgery has reached 14 people during the mission. According to Dr. Yanathan Purnomo, who has already participated 7 times in doctorSHARE medical service missions, this count is the highest so far for major surgery cases. The necessity of major surgery treatments is due to the bad physical condition of the patients. They have to carry heavy loads manually on a daily basis in their jobs to make a living. This leads to an accelerated decay of their bodies which can lead to serious health conditions.

Also, patients with a serious condition called hernia were treated. “Hernia is a medical condition in which the organs in the abdominal cavity break through the abdominal wall”, explains Dr. Yonathan.

A different atmosphere was created aboard of the RSA as the sound of two newborn babies echoed through the ship. The team for major surgery, with the founder of doctorSHARE, Dr. Lie Dharmawan, leading the way, helped these two babies through the birth process by performing caesarean operations.

The first baby was delivered on the 21st of July, a Thursday. According to Dr. David Tantry Sp. Og., the caesarean operation had to be performed because the baby’s position was transverse. Thanks to the successful operation, the third child of the proud parents Ajib and Raodah Ali was born healthy, measuring 50 centimeters in length and 3.1 kilograms in weight. It was the first time for the mother to give birth by a caesarean operation, and certainly she hadn’t delivered on a floating hospital so far! Due to this extraordinary experience and the successful delivery, Ajib asked the team from doctorSHARE to name the child. The team decided to name the baby boy Dani Dharmawan.

The second baby was born on Saturday, the 23rd of July. According to Dr. David, the tenth child of Agustinus and Kartina needed to be delivered by performing a caesarean operation because a premature rupture of membranes (PROM) had occurred. The mother’s age of 44 years, the fact that she had given birth 9 times already as well as the PROM lead to the decision to perform the caesarean operation to ensure the wellbeing of mother and child.

With the patient’s permission, we will also perform sterilizations to prevent further pregnancies,” says Dr. David.

According to the field coordinator, Dr. Posti Siswati, the medical service mission was running well overall and also received a lot of support from the local government. A major problem that doctorSHARE is facing currently is related to the coordination: It has to be done over long distances and is exacerbated by bad infrastructure. The coordination has to be improved to ensure further successful doctorSHARE missions in the future.