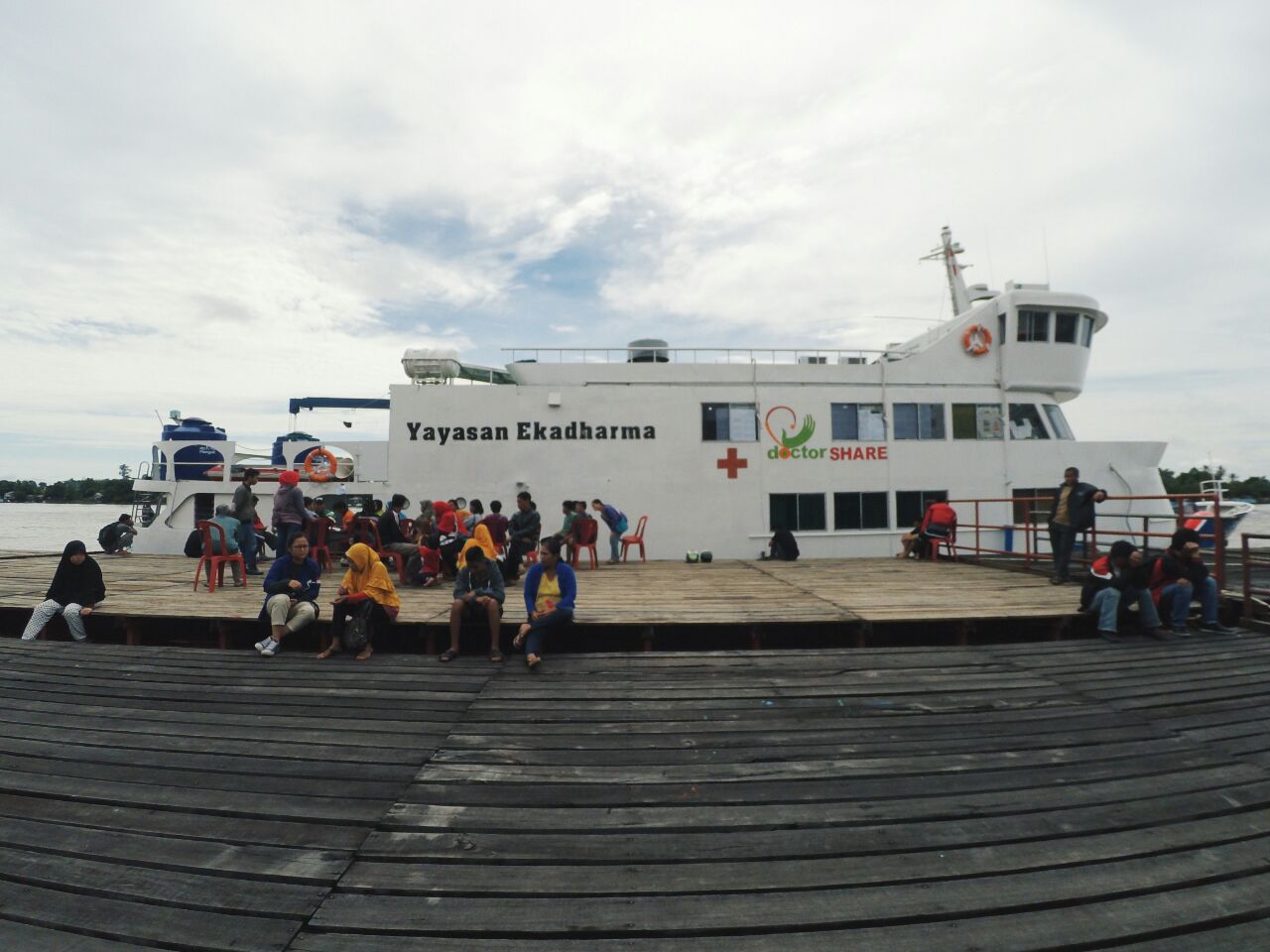 The enthusiasm of the community was very high. They came not only from Sintang and Nanga Pinoh, but also from a number of surrounding areas. Some patients had to travel for hours to a day by motorized vehicle to the Durian River Jetty.

Several times the wheels of the car collapsed into the muddy ground. Although the journey was quite tiring, the team remained enthusiastic in providing services. General treatment was attended by 390 patients with the top five types of diseases including dyspepsia (abdominal pain), hypertension (high blood pressure), ARI (Acute Respiratory Infection), myalgia (muscle pain), and cephalgia (headache).

Counseling with the theme of Clean and Healthy Living Behavior or PHBS was held in Manding Village. A total of 55 elementary school children attended this counseling.

June 22, 2016, doctorSHARE in collaboration with PPNI (Indonesian National Nurses Association) Melawi Regency conducted training for 41 medical personnel in Nanga Pinoh. This was the first time the team conducted Basic Life Support training and is expected to be sustainable.

doctorSHARE wants to stimulate the spirit of the local community to share while maximizing the potential of local health workers to provide the best to the community.

On the same day, Mrs. Astrid Panji (wife of the Melawi Regent) hosted the doctorSHARE team at her official residence and said that Melawi Regency is very open to the arrival of doctorSHARE. She also expressed her hope to provide medical services regularly. Also present were the Head of IDI Melawi Regency, Secretary of Health Office, and Head of Nanga Pinoh Health Center.

June 23, 2016, the doctorSHARE team returned to Sintang District to inventory the medicines and health equipment needed for further medical services. In addition, a medical check-up was also conducted for 8 crew members of RSA Nusa Waluya I.

Overall, the medical service activities went smoothly. Although there are hospitals and specialist doctors available in Melawi and Sintang Regencies, they are still unable to reach and serve all communities. The main reason is that patients have to travel long distances for treatment.

Most patients who come for surgery do not have BPJS, even though all of them belong to the lower middle class. The presence of doctorSHARE team that conducts medical services with RSA Nusa Waluya I is considered right on target and breathes hope for the community to improve their quality of life. (***)