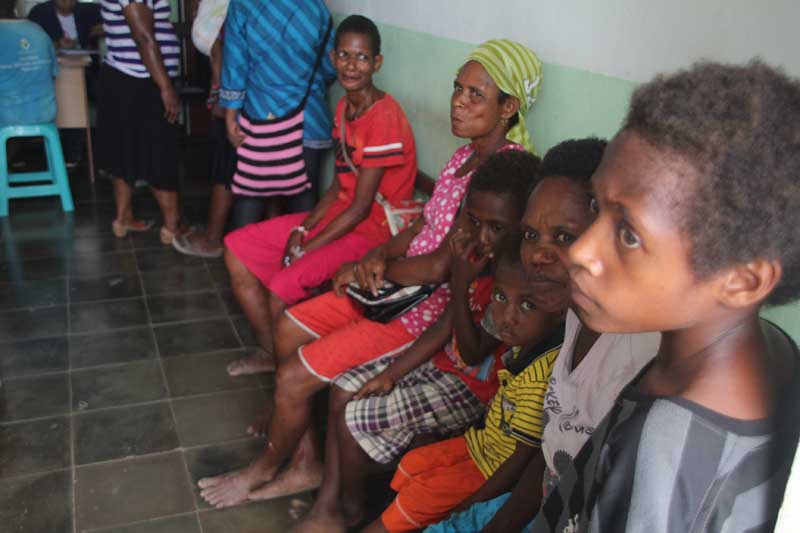 The landscape of the Tambrauw Regency is characterized by very rocky and hilly areas. This leads to the fact, that it is very difficult and expensive to establish modern infrastructure in the regency. In some areas, the residents still have to use hand-made wooden bridges in order to cross a river. Therefore, the only possibility to explore the region by car is to use an all-terrain vehicle. Other cars are not equipped to face the conditions of this region.

The infrastructural issues lead to the problem that the cost of transportation and distribution of various necessary goods among the district is extremely high. The lowest price for gasoline per liter that can be found in Sausapor Port, which is at the gateway of the district and therefore comparably accessible, is about Rp. 10,000 (approximately 0.8 US$). In Java, the same amount of gasoline is available for about two thirds of this sum (circa Rp. 6,500).

Naturally, due to the lack of infrastructure, the price for gasoline grows with the distance to the port of Sausapor. This makes it easy to imagine how difficult it is for the local, not wealthy residents to access the various resources and supplements they need for their day-to-day life.

The Sausapor District is the capital district of the Tambrauw Regency, West Papua. Due to its importance, Sausapor is the most developed district inside the Tambrauw Regency. Originally, the Fef District was planned as the capital district, but the infrastructure was not appropriate, therefore Sausapor was selected. The location of Sausapor is optimal to establish connections and transportation routes from and to the city of Sorong via sea or land. In short, the transportation infrastructure of Sausapor is considered the most adequate compared to the other districts of Papua.

The center of economic activities, which is located in Sausapor, also appears to be more “prosperous” than the other districts in Tambrauw. “Prosperous” does not imply that there are modern shopping centers which are arranged neatly. It merely means, that the number of stalls or small shops, which are selling goods to satisfy the primary and secondary needs of the population, are more numerous than in the other districts of West Paupa.

Speaking of health services, Sausapor is also classified the most advanced area compared to the other districts of the Tambrauw Regency. In case of e.g. the medical staff, Sausapor ranks highest in terms of numbers of medical staff per capita (CBS, 2014). In Sausapor, two doctors and 28 paramedics, 15 nurses and 13 non nurses, are operating in the whole district. Referring to the same data, 10 other districts of Tambrauw have no general practitioners or doctors at all. The districts of Kebar, Ambebaken, Senopi, Mubrani, and Moraid do not even have any medical staff.

“In an attempt to set up medical infrastructure, almost all districts have built Community Health Centers. However, our main problem is the lack of medical staff,” said the Secretary of the Health Department of the Tambrauw Regency John. E.P. Smas. He made his statement at the Health Department Office of the Tambrauw Regency on Wednesday the 22nd of June 2016.

Several of the semi-permanent (made out of wood) and permanent houses (made out of concrete) around the Kwoor Village in the Kwoor District, where the Community Health Centre is located, are not equipped with toilet facilities. According to local residents, three to four households have to share one toilet. Based on observations, there are still many people who defecate in the river and simply in the grass.

To access Kwoor from Sausapor is considered very difficult. There are existing roads but however, they are far from decent conditions. In some areas, residents have to cross rivers without a bridge. During the trip, the team recorded four points with this condition. The condition of the road makes a mission in this are very difficult: It is rocky, slippery and, in some segments, very steep.

It’s not surprising that a large number of patients were inhabitants of the Kwoor district when doctorSHARE conducted a medical service mission at the Sausapor Port from the 19th to the 26th of June 2016. “There are a lot of Kwoor residents who utilized the medical services offered by doctorSHARE”, said Mr. Smas, “I observed that the Kwoor residents outnumbered even the residents of the larger Sausapor district.