The Concrete Disaster of the Pidie Jaya Earthquake 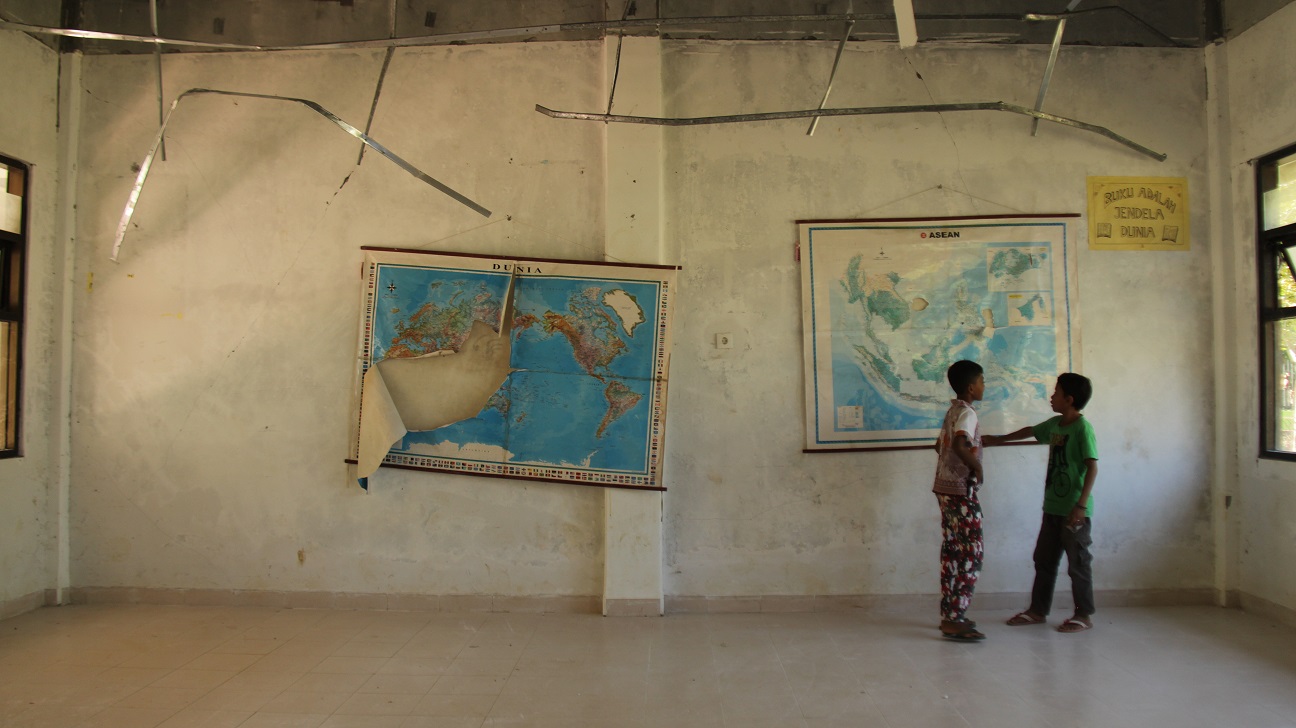 The Aceh houses and the “Meunasah” (small mosque) in Pidie Jaya are solid wooden buildings. They have proven to be quite resistant against the shaking of the 6.4 Richter scale quake. Some of these traditional buildings were erected nearly 300 years ago and still haven’t collapsed. An important question is the following: Why did the people of Aceh abandon their traditional ways of constructing their wooden buildings which have proven to save their lives in case of an earthquake?

The Mosque of Teungku Di Pucok Krueng Beuracan, in the district of Meureudu, Pidie Jaya caught my eyes when I was driving along the Banda Aceh – Medan crossroad. That brown mosque which was built by using wooden materials was standing strong. Also, a lot of people were taking pictures in front of it. It is one of the classical mosques which were built during the reign of Sultan Iskandar Muda who ruled from 1607 to 1636 AD. It was built by the Muslim leader in order to spread Islamic teachings in the land of Rencong.

I stood in front of the mosque and looked inside in order to examine the construction: The massive wooden pillars which can be found in every corner are solid, supporting the roof. The crossbars are joined and linked to each other forming a very strong mesh. I saw also a well in the yard where people usually take their water for the “wudhu” (the ablution) prior to the prayer.

Even despite of its high age, this mosque is not decrepit. The wooden pillars are not brittle at all. They seem to be as hard as stones. Its construction is so tough and at the same time so flexible that it has prevented the mosque from being destroyed by the 6.4 RS earthquake on that Wednesday morning (7th of December 2016). Small damages were found only on some parts of the floor.

The quake has destroyed hundreds of houses and shopping-complex buildings in Pidie Jaya, Aceh. The current data, last seen by the team from doctorSHARE at an evacuation-post, noted that more than 100 people had died, 217 were severely injured, and 462 suffered minor injuries. The earthquake which lasted for 15 minutes starting at 05.00 a.m. destroyed almost all of the buildings made from concrete.

“Last time when the horrible tsunami-quake happened, we felt like we were shook. This time it was like we were in a car driving over broken roads”, Tengku Musafa Hasan Yahya stated, who is the leader of an Islamic boarding school in Blang Iboih Village, Pidie Jaya, Aceh. The quake was so shocking that people panicked immediately.

“This earthquake reminded us of the past tsunami disaster,” he added.

People were all of a sudden rushing out of their houses in a helter-skelter to get to safe ground. Some were unfortunately unable to escape and hit by collapsing concrete walls and roofs.

“Thirty people were buried under ruins and found dead”, said one local resident we met at the Mereudeu market of Pidie Jaya.

Most of the two-floor shop buildings had collapsed completely. The buildings along the cross-road of Banda Aceh to Medan were also totally destroyed. The iron mesh, which should be inside the concrete-pillars under normal circumstances, looked just like curly hair. The asphalt roads had sunken and exhibited large cracks.

However, the quake which occurred on that early morning did not destroy every building. The mosque of Teungku Di Pucok Krueng Beuracan was not the only one which was still intact. A lot of traditional Aceh wooden houses and “Meunasah” (small wooden mosques) “danced” during quake but didn’t collapse.

Those traditional houses stood quite firmly and almost looked the same as prior to the earthquake. Looking closer into a number of the houses, we found out that some of the wooden pillars had moved only a short distance as much as the size of a tile.

“The wooden houses remained as they are, there is no damage. Only house-ware got broken. The residents who live in the wooden houses are so grateful to God”, Tengku Musafa stated.

Unfortunately many residents in Pidie Jaya have chosen to build concrete houses to live in. The main reason is that concrete houses are considered to be more modern than wooden ones. However, when an earthquake occurs, it is proven that concrete buildings can turn out to be a disaster for the residents.

The earthquake of Pidie Jaya has made the residents reconsider the housing that they need in order to be safe when such an incident occurs. Especially when they recognized that none of the wooden houses were damaged by the quake. However, most of the inhabitants will decide to build a concrete house again even if it might collapse in case of another earthquake. The wooden houses might be safer during a quake but also appear like an ancient relic from the past to the population. “I will build a concrete house again”, confirms one of the residents of the Blang Iboih Village.

Indonesia is in fact threatened by earthquakes and tsunamis all the time. The chain of volcanoes along the islands of Sumatra, Celebes, Moluccas Archipelago, Java up to East Nusa Tenggara are also a threat. However, with every natural disaster comes also an important experience. Most of the people learn what to do in case of e.g. an earthquake. For example in the case of the Pidie Jaya earthquake the people knew immediately that they needed to flee to higher ground in case a tsunami would follow the quake. They knew this threat from 2004 when a devastating tsunami hit the region. Also the natural disasters can be seen as incidents which initiate processes that make the local societies stick together closely.

In many areas across the country there traditional houses which are adapted perfectly to the natural disasters. One example is the so called “Omo Hada House” from Nias Island. There is even a poem called “semong” which originates from the people of the Simeulue Island that tells the story of a tsunami disaster. These kind of cultural treasures are an indicator for the fact that Indonesian people have ever since felt connected deeply to the conditions of their natural surroundings and kept struggling to save lives from the dreadful natural disasters.