Can’t Believe You Can Do Crazy Things 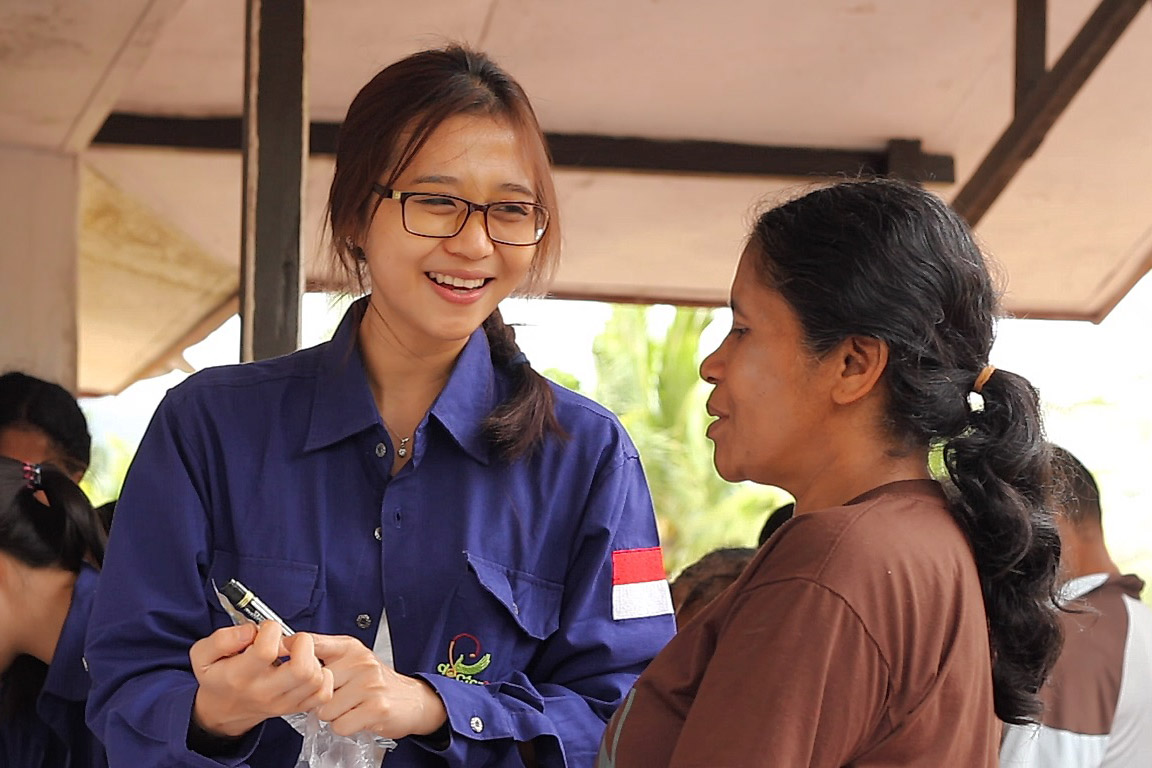 “If you become a doctor, don’t blackmail the little people or the poor. Maybe they will pay you whatever you want but secretly cry at home because they don’t have money to buy rice.”

This sentence with a very deep humanitarian meaning was implied from a television station talk show with Dr. Lie Dharmawan, the founder of doctorSHARE. At that time, I was moved to join doctorSHARE. This dream was only realized in early 2016 after completing my co-assistant period at the hospital as a Faculty of Medicine (FK) student.

I could have chosen to devote my life to helping others in humanitarian missions with other organizations. But I felt that doctorSHARE was the most suitable platform for me to make an impact on others.

I finally signed up as a doctorSHARE volunteer in the fundraising division. In this division, I often became a doctorSHARE ambassador for various events. In addition to promoting various merchandise, I was tasked with introducing doctorSHARE to the wider community, including doctorSHARE’s vision, mission, programs and works in remote areas such as Maluku and Papua.
Besides being an ambassador, I also volunteer in the field of medical logistics. This involves preparing medical equipment and medicines that will be used in medical services, and transporting them to the Floating Hospital (loading logistics).

The doctorSHARE Floating Hospital Manager, Dr. Christ Hally Santoso, then invited me to join the medical service in Marlasi, North Aru Islands. So excited because this was my first experience as a medical volunteer in the field. During the medical service, I was placed in the laboratory section of the Floating Hospital and the pharmacy.
I learned many things during the medical service. Not only did my medical skills improve, but also the lessons of living in a community. As a team, we swept and mopped the floor together, transported medicine containers, slept in a row, took a shower once a day, and many other new experiences that I never did at home.

What made the biggest impression on me was seeing the people who mostly came from poor families. They were willing to come from far away places, even traveling for days on small boats in order to get medical services. This experience made me even more grateful to be able to take part in the service with doctorSHARE.

After the first medical service, I became more enthusiastic about participating in the next medical service. I was then involved in medical services in Tambrauw and South Sorong Districts, West Papua; Riring Village and Tahalupu Village, West Seram; and Muara Sabak Timur in Jambi.

From this series of medical service activities, the experience of serving in Riring Village and Tahalupu Village, West Seram District, Maluku Province was the most memorable. The traveling terrain was challenging. To get to Riring Village, we had to travel by car for about two hours followed by a three-hour hike.

It felt like disbelief when we finally arrived at the top of the mountain close to Riring Village with our clothes drenched in sweat. Our legs were shaking. I couldn’t believe that I could do this “crazy” thing considering I have a history of panic attacks that can lead to hypoxia (a condition of lack of oxygen).

Arriving in Riring Village, the community warmly welcomed us with expressions of deep gratitude because this area apparently only has an auxiliary health center (Pustu) without a doctor. It was unimaginable that people with emergency illnesses would have to travel through such extreme terrain to get treatment as soon as possible.

Witnessing the enthusiasm of the villagers for medical treatment made all the tiredness and sleepiness suddenly vanish, replaced by joy. After two days of medical services in Riring Village, we had to return to Ambon through the same terrain to continue our services in Tahalupu Village.
To get to Tahalupu Village, we had to cross the sea where the waves were higher than the speedboat we were on, about two meters. Struggling with the waves from inside the boat became the first experience in my life that I will never forget. God’s provision made us all arrive safely and serve the community for four days.

Until this moment, I have never regretted joining doctorSHARE’s medical service for people in need. To my fellow volunteers, I can only say, “you guys are rockin’!”

I truly hope that doctorSHARE’s services can continue to impact our brothers and sisters in unreachable areas. Keep up the spirit of service with your eyes on those who desperately need help so that they can feel the love through the touch of our hands. The only way you can serve God on earth is by serving other people!