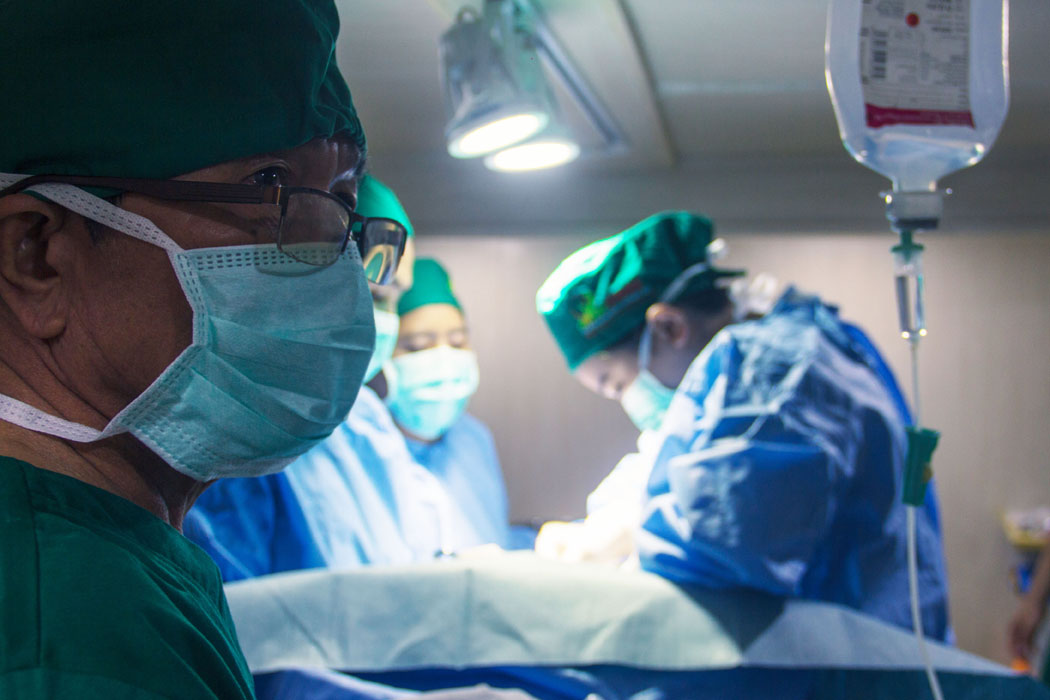 The team departed from Jakarta on Monday (4/9) morning. The team arrived in Ambon in the afternoon and had to wait two nights before leaving for Banda Neira. All transportation to Banda Neira was closed due to weather. The team was forced to use a pioneer plane owned by the Ambon City Air Force.

Upon arrival in Banda Neira, the team immediately set up a treatment center (BP) and screening for surgery at Banda Neira Hospital. There were 82 patients who came for treatment. The activity continued with major and minor surgeries over the next two days. On Saturday (9/9) the team went to Banda Besar Island to carry out the second BP. There were at least 230 patients for general treatment in this activity.

The Secretary of Banda Sub-district, Rudi Saiman, thanked doctorSHARE for the medical services. He only hoped that the duration of future services could be extended.

“Banda is an archipelago, so maybe it needs more time to be able to serve every community on each island,” he said.

Banda Neira Island itself is the most densely populated island among all the islands in Banda District. The economic and government center of Banda is located on this island. Around 14,000 people live on Banda Neira, making it the island with the number one population compared to the surrounding islands.