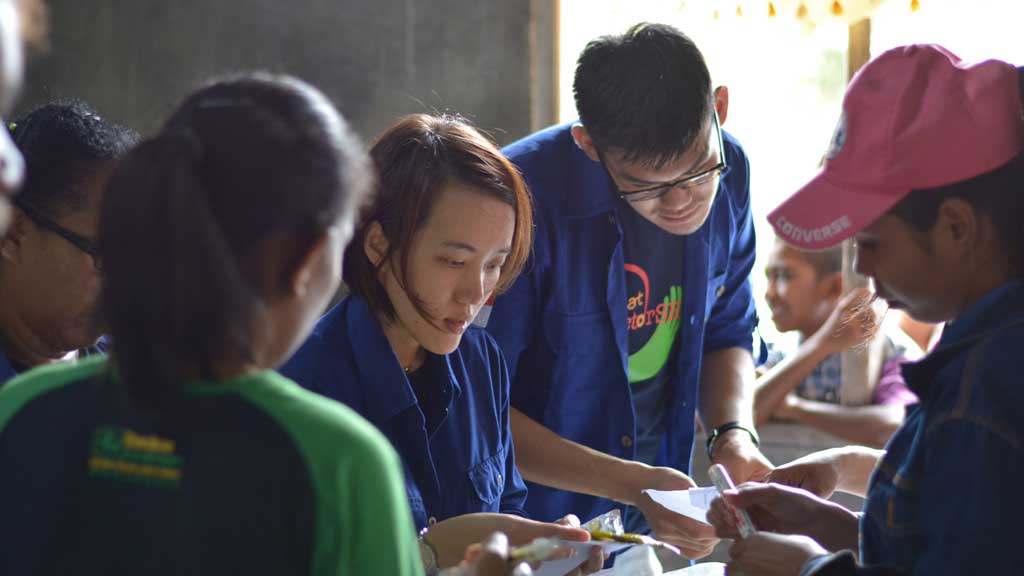 Medical services began with training for midwives and local health cadres. One of doctorSHARE’s medical volunteers, dr. Evy Asali, Sp.OG delivered material on Human Papilloma Virus (HPV) identification and recognizing symptoms of cervical cancer. In the next session, the material presented was about the process of delivering a breech baby. The midwives and cadres had the opportunity to practice the process of giving birth directly with dolls.

The activity continued with general medical treatment in Mun Ohoiir Village on Saturday (30/6). Mun Ohoiir is about one to two hours by sea from the center of Kei Besar Island, Elat. Rumah Sakit Apung (RSA) dr. Lie Dharmawan brought a team to Mun Ohoiir. Arriving at Mun Ohoiir, the community was already crowded waiting for general medical services to begin. There were 133 patients who came for treatment.

The next day the team moved to Fako Village to carry out general medical treatment again. From Elat Harbor, the team traveled by road for about an hour. The team rushed to prepare the general treatment because the community had started to arrive. The number of patients in Fako Village was 129. After Fako, the team returned to Elat for general medicine at Elat Harbor. There were 111 people from Elat who received treatment at the public hospital.

On Monday (2/7), the medical service was centered at Elat Harbor, where RSA dr. Lie Dharmawan docked. Elat Harbor was chosen because it has a large enough dock to dock and a calm current. Major and minor surgeries were conducted at RSA Dr. Lie Dharmawan for three days.

The volunteer team had encountered transportation access problems to medical services in Kei Besar. When the team wanted to go to Mun Ohoiir, it was reported that the road access was cut off. They had to travel by sea to reach Mun Ohoiir. This situation was also complained about by health workers at the Mun Health Center. The road conditions and the absence of land vehicles make it difficult for the health center to bring patients to Elat, especially in emergency conditions.

On the way to Fako, they traveled by pickup truck. There are no other vehicles willing to go to Fako other than pick-up trucks. Poor road conditions and uphill climbs are the reason only certain vehicles can go to Fako. Car drivers also do not want to travel if it starts to get dark and rainy because it is considered dangerous for safety.