Help in Any Way 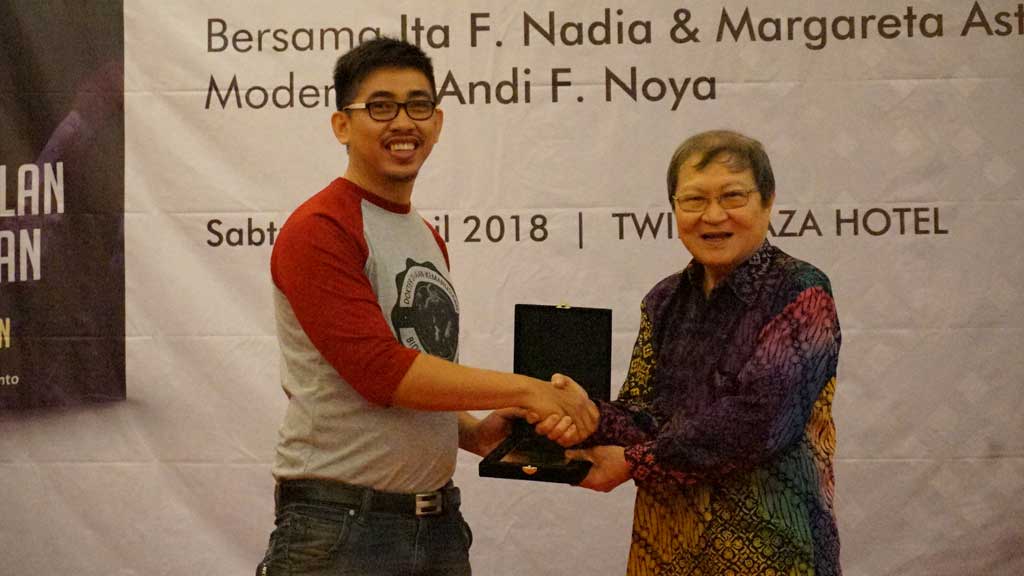 I first heard about doctorSHARE by accident while watching a television broadcast. At that time I was watching the Kick Andy program hosted by Andy F. Noya. At first glance, he was discussing a floating hospital founded by a doctor. The doctor was nicknamed the crazy doctor. Some time later I had the need to check my health condition. The results of the examination recommended me to do surgery.

My wife and I immediately looked for a trusted doctor for my surgery process this time. After searching, my wife got several doctor recommendations and one of them was Dr. Lie Dharmawan. At first glance I recalled, it seemed that I had heard the name of Dr. Lie Dharmawan who was none other than the Kick Andy show. I immediately looked for information on the doctor with the nickname crazy doctor because of his idea to make a hospital on a boat.

doctorSHARE accepts all educational backgrounds and professions as long as they have the intention to help and assist. My background and field of focus is Event & Wedding Organizer. In the end, I was able to contribute directly during doctorSHARE’s 7th anniversary. The doctorSHARE 7th anniversary was held at Jetski Cafe, North Jakarta. Floating Hospital (RSA) dr. Lie Dharmawan and RSA Nusa Waluya I were presented for the Hospital Visit session at the event.

The second opportunity to help doctorSHARE was when Dr. Lie asked me to help with his biography book launch event. The book “Doctor on the Path of Humanity: The Biography of Lie A. Dharmawan” is a summary of Dr. Lie’s life story from childhood until now. Together with other doctorSHARE volunteers, I helped organize the launch of Dr. Lie’s biography. Several times I got other opportunities to help doctorSHARE. Some of them were through fundraising activities at certain events.

Usually, doctorSHARE volunteers open a booth to socialize and raise funds for activities. These activities are often held on weekends and sometimes it is difficult to help because the time clashes with my activities. I think doctorSHARE has a clear goal which is for humanitarian missions. I see doctorSHARE together with volunteers serving people who need health help.

The intended community is a community that is difficult to reach health facilities, either because of the distance or because there is no money. It should be realized that doctorSHARE’s programs do require a large amount of money. Assistance in any form is very helpful for doctorSHARE to carry out its humanitarian mission. The assistance provided will certainly be very beneficial for people in need.

It is an honor for me to be part of doctorSHARE. Although I don’t often help doctorSHARE activities, I can only give a little and pray that doctorSHARE will be a blessing for many people. Just like what the founder has instilled, a person who in my opinion truly carries out the vision and mission of a doctor.