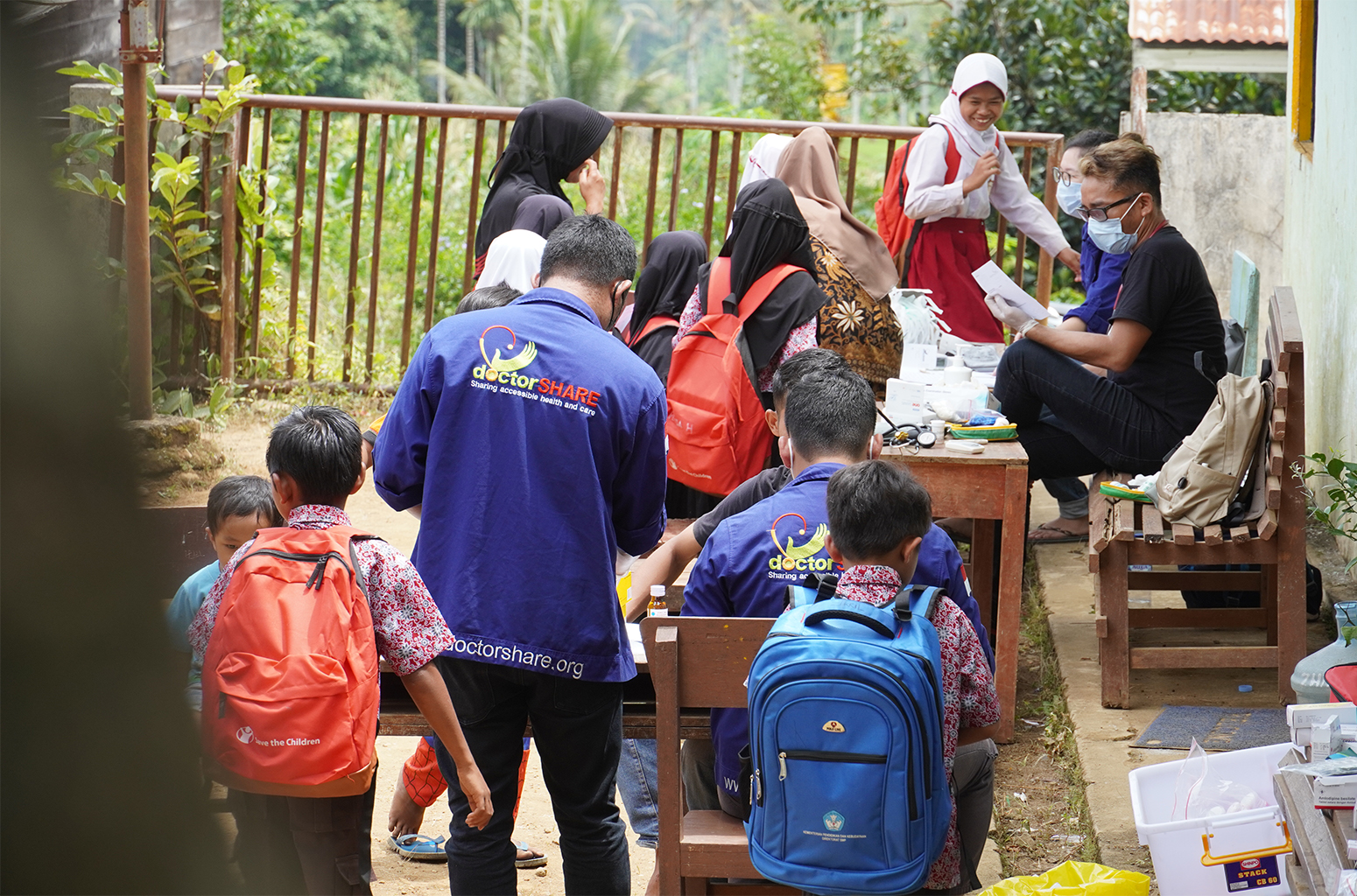 Last February 25, 2022, became an unforgettable moment for the people of Pasaman Regency and West Pasaman Regency, West Sumatera. That’s because their area was rocked by an earthquake of 6.1 Magnitude and followed by aftershocks that came in succession. Not only were they physically injured, many of them were traumatized by the disaster.

To help ease the burden on friends who were affected by the earthquake, the doctorSHARE disaster response team provided medical services on 28 – 31 March 2022 in a number of villages located in Talamau District, West Pasaman Regency, West Sumatera. Among them are main post of Lorong Timbo Abu, Trans Location, Tanjung Aroh and Mudiak Simpang.

The service carried out by the doctorSHARE team involved 8 volunteers. 4 general practitioners, 2 nurses and 2 non-medical volunteers. During the volunteer service, they were devided into two teams, one team opened services at the main post for the Jorong Timbo Abu refuge, while the other team carried out services using a pick-up system, namely by visiting people’s homes.

During four days of service, 448 patients were served with the most diseases, that is ARI (Acute Respiratory Infection) and hypertension.

In addition to providing services in the form of general treatment to residents, the team also provided assistance with a total of hundreds of kits for pregnant women, mothers in labor and kits for newborn. This is done as a concrete manifestation of doctorSHARE concern about reproductive health and maternal and child health in the midst of disaster.

It should be noted that the lates conditions for the affected friends have gradually recovered, although many of them still survive in earthquake affected residence camps due to damage to their homes and feel safer living in tents in case of aftershocks. Face to face learning activities are still carried out in emergency tents set up in school yards. The 6.1 magnitude earthquake, apart from causing damage to residential areas, also caused landslides at a number of road points that were still potentially dangerous.