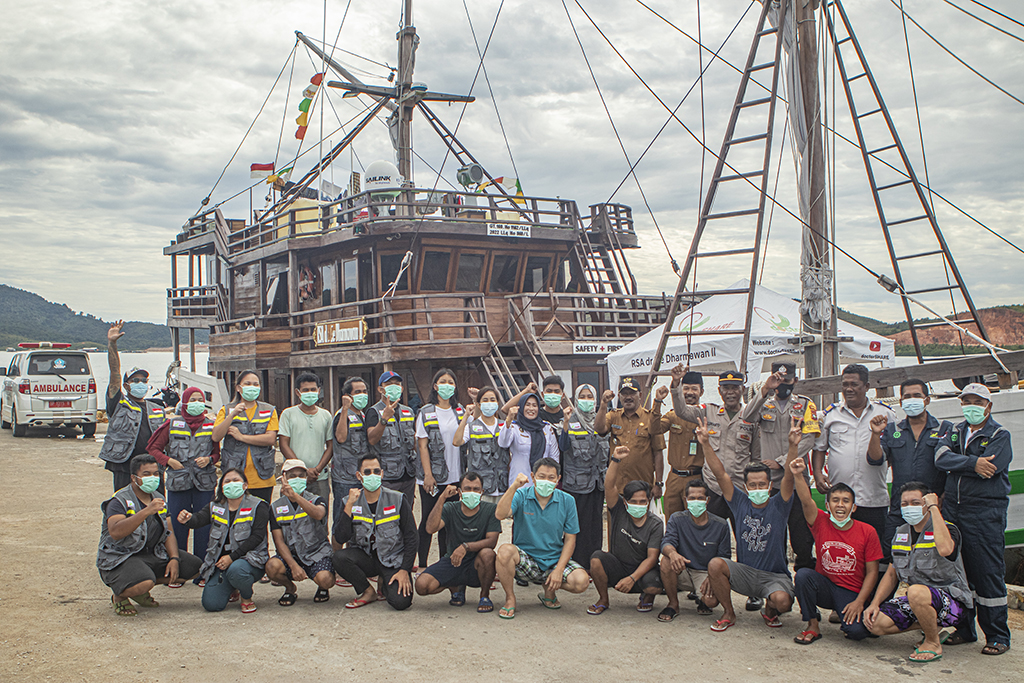 After being launched on a historic voyage for the first time to Panggang Island, Kepulauan Seribu, on September 08, 2022, this time RSA dr. Lie Dharmawan II, the replacement for the shipwrecked RSA dr. Lie Dharmawan, continued its voyage and docked at Seri Bentayan Tambelan port, Bintan Regency since Monday (3/10).

The presence of doctorSHARE’s Floating Hospital is to continue the mission of its predecessor (RSA dr. Lie Dharmawan) to provide free medical services in Disadvantaged, Outermost, Remote, and Border (3TP) areas.

Welcoming this golden momentum, the local government encouraged its citizens to flock to access the free services brought by the doctorSHARE team.

“We ask the community to enthusiastically come to the port of Seri Bentayan Tambelan for treatment or health checks at RSA dr. Lie Dharmawan II for free,” said Tambelan Sub-District Head, Baharuddin Ngabalin, (4/5).

In his speech, the sub-district head added that RSA dr. Lie Dharmawan II, which is based at the port of Seri Bentayan Tambelan, was opened from October 4-11, 2022 with medical personnel from doctorSHARE.

“The presence of RSA dr. Lie Dharmawan II and doctorSHARE has also been informed to each village head in Tambelan’s outer islands to be disseminated to the community,” said Baharuddin.

The sub-district head has high hopes for the presence of the Floating Hospital and doctorSHARE to provide health services to the people of Tambelan.

Meanwhile, doctorSHARE Medical Services Coordinator Dr. Diah Ernita said there are a number of health services offered at the RSA. “Including obstetrics, general poly, surgical clinics, and other treatments,” she said.